"There is no good solution," says economist Fratzscher at Maischberger

Chancellor Olaf Scholz has announced a 200 billion euro package to combat high energy prices, but the federal states are skeptical and have not yet followed suit. 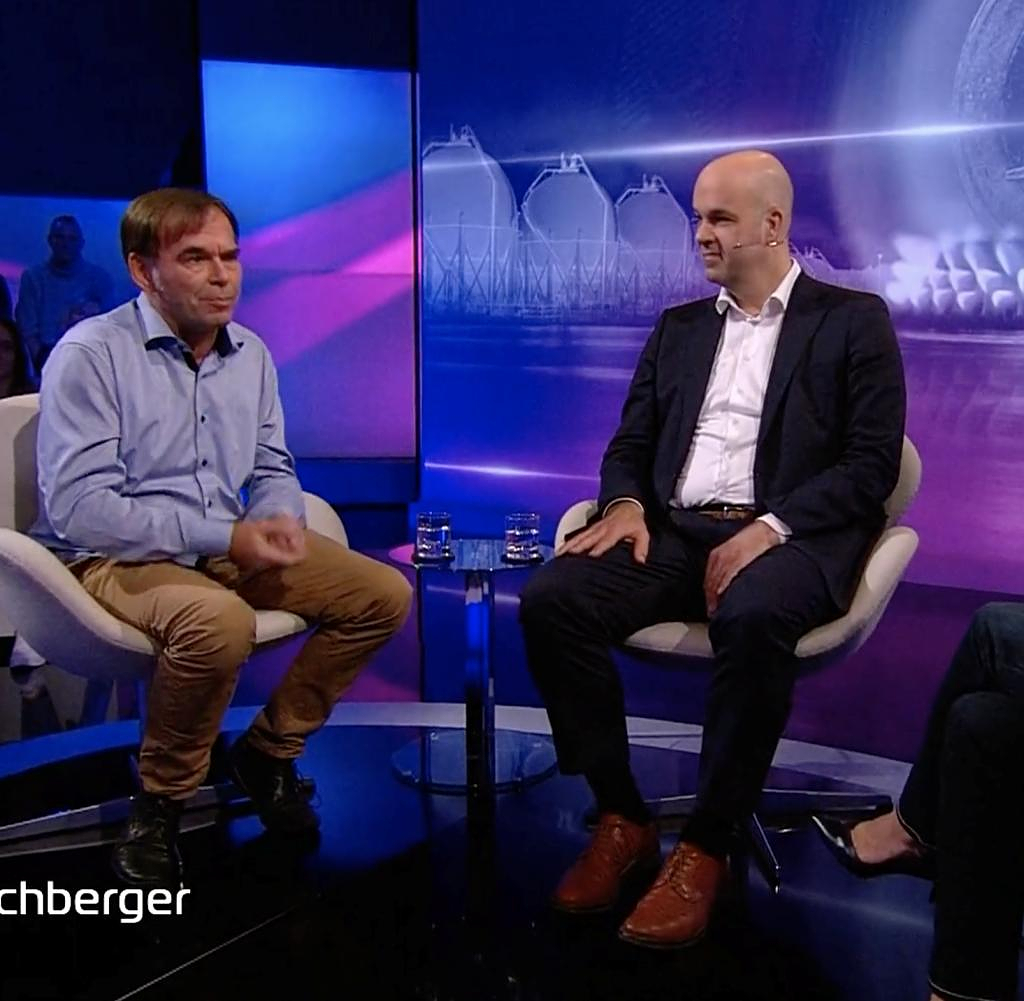 Chancellor Olaf Scholz has announced a 200 billion euro package to combat high energy prices, but the federal states are skeptical and have not yet followed suit. After talks with the Prime Ministers yesterday evening, the Chancellor admitted: "There are still discussions about how this can be shouldered in detail."

NRW Prime Minister Hendrik Wüst (CDU) was disappointed by the federal-state group, describing the measures as a "lucky bag": "What's supposed to be in it, we haven't gotten any smarter today." In addition, the federal government shows little willingness to compromise.

The Ukraine war has accompanied the political shows week after week since Russia attacked the Eastern European country. In the ARD studio, a refugee Ukrainian German teacher and a student from Mariupol described their local experiences.

Chancellor Scholz called the defense against the energy crisis a "double boom". Eva Quadbeck from the editorial network Germany would have preferred a "double message" from him. "On the one hand, 'we will help you', but at the same time he should have made it clear to the citizens that there is no way around saving and doing without this winter."

In order to avoid an escalation of the crisis leading to a blackout, two of the three German nuclear power plants are to remain in operation beyond the end of the year. Focus columnist Jan Fleischhauer spoke out in favor of further discussion about nuclear power, but also about fracking: "Germany has so much natural gas that it would last for 20 years," he said. Abroad, this form of gas production by drilling is widely accepted, but viewed with reservations in Germany because of fears of damage to drinking water and the climate.

Marcel Fratzscher, head of the German Institute for Economic Research, spoke out in favor of the transformation towards renewable energies and called for more commitment from the state: "The state must now invest massively in the transformation." This must be done in addition to the planned billion-dollar measures. "Otherwise citizens and companies will face huge problems again in the next few years," he said.

Fratzscher criticized the planned gas price brake: “It is not an ideal instrument. In the end there will be many companies for which it will not be enough," said the economist. In addition, the economy is expected to collapse because many consumers would have to cope with high energy costs and would spend less.

"There is no good solution," said Fratzscher, who advises the Ministry of Economic Affairs, on the challenges of the energy crisis. "Doing nothing would be even worse. But you will have to help people.” Direct payments would be ideal for consumers and companies, he said. In addition to the high prices for energy, the scarcity is the problem. “We have to save massive amounts of gas in Germany. And we're not on the path to getting there yet.”

Finanztip editor-in-chief Tenhagen proposed a “flat-rate solution per capita” that the state would have to create. But whether that could happen as early as next year or not until 2024 is something the federal government should explore. "Otherwise, people can only watch how they save energy," he said.

Economist Fratzscher predicted that inflation would remain high for the next year as well. "We're again expecting inflation of eight or nine percent," he said. The increase in wages is expected to be only around four percent in 2023.

Moderator Maischberger asked her three commentators how they would deal with asylum applications from Russian refugees. Jan Fleischhauer is “totally against it. It's a first-rate security risk for us," he said. Quadbeck: "I would also say: be careful at the edge of the platform." Putin will certainly try to smuggle spies into Germany.

Cabaret artist Schroeder criticized that. "We shouldn't make these calculations with people who are fleeing war." It was not right if we started to differentiate between "the good and the bad refugees." This would have been "done often enough ' and been a mistake. He was in favor of taking in Russian refugees.

The Ukrainian refugees Viktoria Bakhur and Xenia Fomina from Mariupol reported on the program about attacks by Russian military aircraft on their hometown. Mariupol in south-eastern Ukraine had around 440,000 inhabitants when the war began.

Bakhur grew up there and worked as a German teacher for many years. She stayed in the port city with her husband and eight-year-old daughter during the first attacks. They would have had the chance to leave the city early, however: "I was so sure our Ukrainian army could save us." When the attacks intensified, she took shelter in a basement with several children for two weeks.

Xenia Fomina was a schoolgirl in Mariupol and experienced rocket attacks in her car on her escape. Today she lives with a host family in Wittmund on the North Sea, her parents are still in the Ukraine. “We feel very comfortable here and see our future. But we can never forget what we experienced there.” She remembered the screaming of the small children. "And the prayers of adults."

Reinhard Aulke, headmaster of the comprehensive school in Wittmund, helped the Ukrainians to organize their escape. Aulke has known teacher Bakhur since 2009 and has been to Mariupol regularly. The two Ukrainians thanked him and all the Germans who had helped them manage their escape and find shelter in Germany. Bakhur still believes: "The Ukrainian army will manage to take back Mariupol and we will come back home again."

‹ ›
Keywords:
NewsteamTVKritikGesamtschule WittmundMariupolFluchtKarriereOlaf ScholzMarcel FratzscherJan FleischhauerUkraineUkrainerinnenEnergiekriseTenhagenFlüchtlinge
Your comment has been forwarded to the administrator for approval.×
Warning! Will constitute a criminal offense, illegal, threatening, offensive, insulting and swearing, derogatory, defamatory, vulgar, pornographic, indecent, personality rights, damaging or similar nature in the nature of all kinds of financial content, legal, criminal and administrative responsibility for the content of the sender member / members are belong.
Related News