There is movement in the doping case of Kamila Valieva

Secrecy, delay, outrage: The clarification of the doping case of figure skater Kamila Valieva has not progressed for almost nine months. 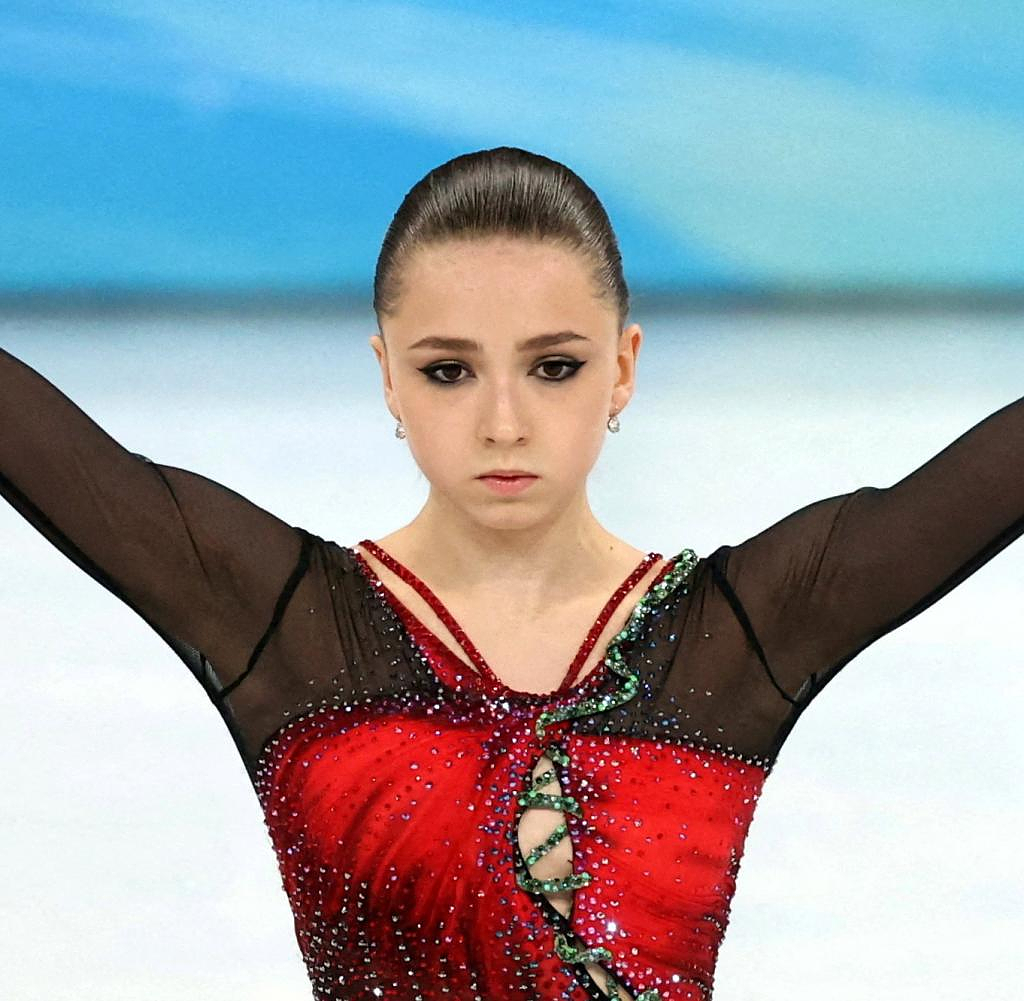 Secrecy, delay, outrage: The clarification of the doping case of figure skater Kamila Valieva has not progressed for almost nine months. Also because it has become a plaything for Russian propaganda in the war of aggression against Ukraine.

Now the affair has started to move: At the request of the World Anti-Doping Agency (Wada), the International Court of Arbitration for Sports (Cas) took over the cause and revoked the decision-making power of the Russian agency (Rusada).

Wada is convinced of a doping violation and applied to Cas for a four-year ban for the 16-year-old European champion. In addition, all medals, points and prizes that she has won since the positive doping test for the heart drug trimetazidine on December 25, 2021 should be revoked, the Cas announced. "We cannot comment on that," said Rusada boss Veronika Loginowa, who let Wada's deadline for solving the case pass until November 4 and wanted to keep the investigation and judgment secret anyway.

Russia's media has repeatedly portrayed the investigation into Valieva as an anti-Russian campaign. "This is pure politics," says "Sport 24". And: "They continue to harass the Russian in Wada," writes the "Sportbox" portal. Wada has not been a popular organization since the discovery and sanctioning of nationwide doping in Russia until the Olympic exclusion.

The case is extremely complicated from a legal point of view, as was shown at the Winter Olympics in Beijing in February, where the alleged doping offense first became public. And that was after Valieva became Olympic champion with the Russian team. Since she was only 15 at the time, she was considered a “protected person” under the World Anti-Doping Code, whose identity should not have been disclosed. The secrecy failed. Her legally enforced start in women's singles ended as a scandal with a freestyle in tears on fourth place in the Olympics.

"That's awful. A four-year ban? It's a disaster," said well-known Russian coach Alexander Schulin. Kamila Valieva is not just a talent, you could say "she's a genius - and it's so easy to ruin her". It's all double standards. For Dmitry Svishchev, a member of the State Duma Committee on Sport, this development comes as no surprise: “Vada could not have acted differently. We just have to prepare for the defense.” The Cas has not yet been able to specify when a verdict will be announced.

In the great figure skating nation of Russia, the development of the doping case is being followed closely. Most commentators are not overly optimistic about the outcome. “Sport 24”, for example, suspects that Rusada simply wound around a decision – because they already suspect that Valieva will ultimately be found guilty at international level.

However, this does not detract from their popularity – on the contrary. Many people at home are convinced that the celebrated child prodigy is in fact innocent. "I'm not familiar with all the nuances, but Valieva is clean," said former star coach Tatyana Tarasova recently. "It can't be any other way."

Like all Russian skaters, Valieva was not allowed to start at the World Figure Skating Championships in Montpellier in March as a result of the war against Ukraine. At the end of October, the quadruple jumper was back on the ice at a national competition in Moscow. Questions about her doping case were taboo. "It was clear that I wouldn't say anything on this subject," said Valieva snotty and emphasized: "It's cool that I'm back on the ice. I was full of adrenaline again, that was a good feeling.”

The US figure skating team, which took silver ahead of Japan in Beijing and could still be promoted to Olympic champions, is tired of waiting for a verdict and wants clarity quickly - and the right medal awarded. "It was very disappointing, but the disappointment seems to get bigger and bigger as the days and months go by," lamented US ice dancer Evan Bates, who competed in Beijing with partner Madison Chock.

‹ ›
Keywords:
ValievaKamilaEiskunstlaufPeking 2022 (Olympia)Olympische WinterspieleDopingKamila ValievaPekingUkraineRusslandWeltagentur WadaOlympiaMoskauCaChina FebruaryJapanUSABeijingRusadaSportboxStaatsdumaDopingfallsKrimi
Your comment has been forwarded to the administrator for approval.×
Warning! Will constitute a criminal offense, illegal, threatening, offensive, insulting and swearing, derogatory, defamatory, vulgar, pornographic, indecent, personality rights, damaging or similar nature in the nature of all kinds of financial content, legal, criminal and administrative responsibility for the content of the sender member / members are belong.
Related News