"There is a dirty cement that binds the different milieus together"

The past year was challenging for Felix Klein. 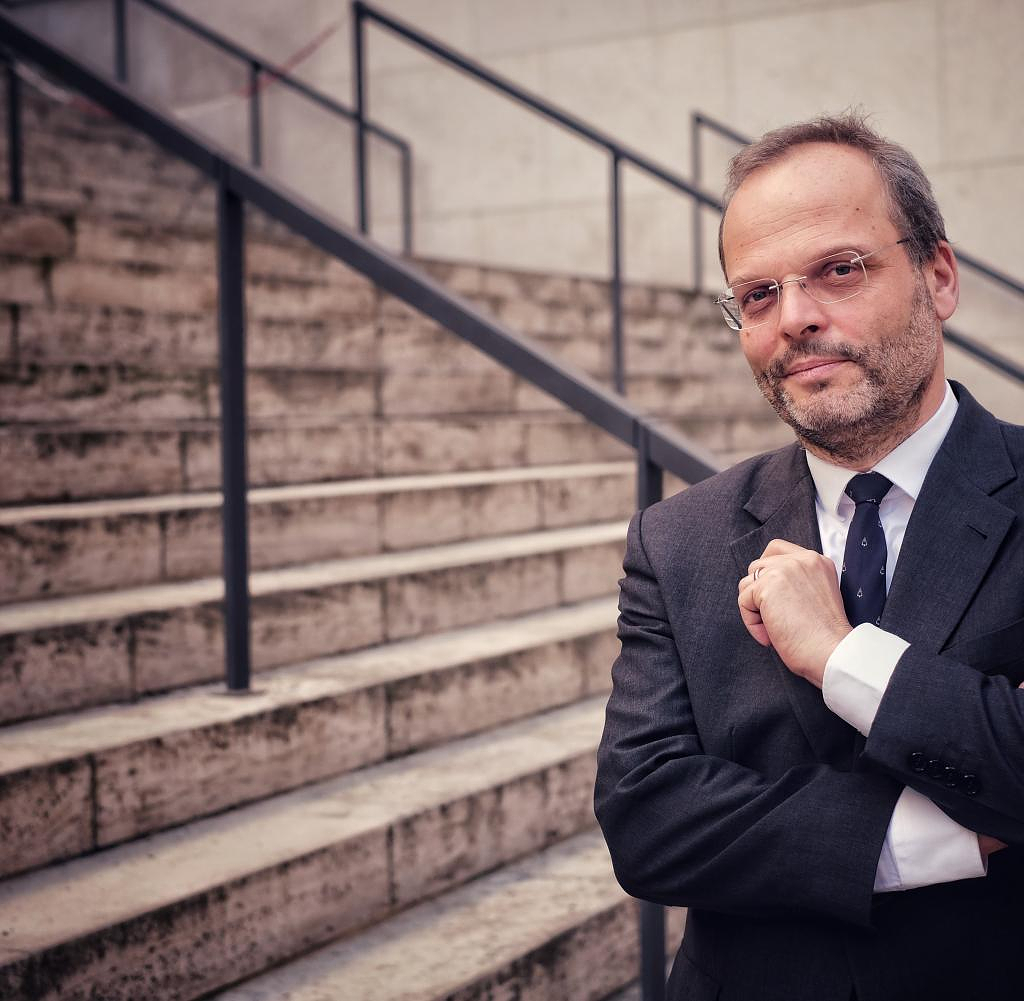 The past year was challenging for Felix Klein. The 54-year-old lawyer and diplomat, who has been the Federal Government Commissioner for Jewish Life in Germany and the Fight against Anti-Semitism since 2018, is very concerned about the growing anti-Semitism in progressive milieus. Especially in the art and culture scene, the sensitivity is much less pronounced than previously thought.

An overarching phenomenon is the strongly pronounced Israel-related anti-Semitism – generalizing negative statements about Israel or Israelis relating to Jews in general, where apartheid policy is spoken of and even comparisons with the Nazi regime are not spared. This form of anti-Semitism can be found everywhere, from the middle class to the extremist fringes of society and especially in Islamist circles.

This year I was particularly outraged by the inability with which the anti-Semitism scandal at the Documenta art exhibition in Kassel was responded to. Everything has been overshadowed by Putin's war of aggression. He justified it with the alleged denazification of Ukraine, but in reality he killed the civilian population with his attack, including Jews, some of whom had survived National Socialism in concentration camps.

WORLD: How safe can Jews feel in Germany?

Klein: We don't see any increase in the absolute number of violent crimes, but the climate has become much harsher. Jews are increasingly exposed to bullying. This everyday anti-Semitism below the threshold of criminal liability is disturbing.

WORLD: Which anti-Semitic incidents do you particularly remember this year?

Klein: I was recently startled by the reports about the attack on the old synagogue in Essen. That was in November. Several shots were fired at the rabbi's house during the night. Luckily there were no injuries. The investigators are checking whether the Iranian state is behind it.

I'm also worried about developments on the internet. The hatred of everything Jewish, the brutalization of the language, the hate speech - something is brewing, especially in the right-wing spectrum. Around half of the approximately 3,000 anti-Semitic crimes this year were offenses such as incitement to hatred and insults on the Internet. Different milieus have come together there, which are also held together by the dirty cement of anti-Semitism. And as I said: the events surrounding the Documenta are unbelievable.

WORLD: That was a scandal with an announcement.

Klein: That's it. Those responsible ignored all warnings such as those of the Central Council of Jews and other Jewish organizations. Nonetheless, no one prevented the Indonesian curatorial collective Ruangrupa and other exhibitors from making clear anti-Semitic statements. This is a political and social disaster.

WORLD: To be specific, who do you think are the main culprits?

Klein: Above all, the role of Kassel's Lord Mayor Christian Geselle is inglorious. Minister of State for Culture Claudia Roth was confronted with a difficult organizational situation. However, she allowed herself to be deceived by assurances that there would be no anti-Semitism at the Documenta.

WORLD: What has to change?

Klein: The state has supported an exhibition with many millions of euros at which anti-Semitism was openly shown several times. So that something like this doesn't happen again, I'm offering my expertise to the Federal Commissioner for Culture and the Media in preparing the next Documenta. With the funds available to me, seminars are already being held to sensitize cultural workers and people in cultural management to the topic of anti-Semitism. I would like to put this on a larger footing together with Claudia Roth's house.

We have the problem in the art and culture business that Israel-related anti-Semitism has become increasingly socially acceptable. We have to face that. But the federal states are also in demand. I consider the chancellor's round with the prime ministers to be a suitable forum for discussing the mistakes made in connection with this year's documenta. The theme cannot be hung high enough.

WORLD: Do you share the view that anti-Semitism is increasingly reaching mainstream society and being supported by cultural and political elites?

Klein: According to research, about 15 percent of the population is susceptible to anti-Semitic narratives. In the case of Israel-related anti-Semitism, the figure is as high as 40 percent. The growth in the art and culture scene is particularly strong. In the past one would have thought that sensitivity is particularly pronounced in these circles. That's not the case. It stuns me when I hear that, for example, members of the Ruangrupa collective, which is at the center of the Documenta scandal, have been offered guest professorships at the Hamburg Art Academy.

WORLD: What role does anti-colonial discourse play in anti-Semitism?

Klein: The historian A. Dirk Moses claims that we are so fixated on the memory of the Shoah that we pay too little attention to colonial crimes. I think this theory is fundamentally wrong. The opposite is true. The memory of the Shoah raises awareness of other genocides that are also part of history. These include the genocide of the Armenians or the Holodomor in Ukraine brought about by Stalin, which the Bundestag only recently classified as a crime against humanity. As far as the German colonial past is concerned, I think that it should be given more attention than it has been so far. The memory of the Shoah and the knowledge about it can help to complete our picture of history.

WORLD: The boycott movement BDS justifies its actions with the fight against the supposed colonialism of Israel. Apparently she is gaining more and more sympathizers. A danger?

Klein: Absolutely. Anti-Semitism disguised as criticism of Israel seems to be becoming more and more accepted, for example at universities. Legitimate criticism of Israeli policies can be found constantly in the media. But that's not what the movement is about. It challenges Israel's right to exist. BDS delegitimizes the Jewish state and ignores its legitimate security interests.

WORLD: The federal government recently presented the first “National Strategy against Anti-Semitism”. What is she supposed to do?

Klein: We have set guidelines for dealing with anti-Semitism. The focus is not on individual measures, but on an overall strategy. Are we doing enough as a society in the fight against anti-Semitism? Existing programs should then be reviewed. It's about meaningful structures, such as anti-Semitism officers in the public prosecutor's office. A better perception of the victims' perspective is very important to us.

WORLD: In the summer, the long-simmering "Judensau" discussion flared up again, the dispute about the correct way to deal with an anti-Semitic relief from the 13th century on the town church of Wittenberg. How do you rate the dispute, which triggered a nationwide response?

Klein: What I lack in Wittenberg, which is praised as the “Rome of the Protestants”, is empathy for those affected and also a sense of social responsibility. Can't the parishioners there imagine how a Jew must feel when he visits their town church? The image was created to send a message: Jews are not welcome here. One should not let this relief disappear, but explain it much more strongly.

One possibility would be to set it up in the interior with appropriate explanations. I don't just see the church as having an obligation. This debate also concerns the state institutions in Saxony-Anhalt. Wittenberg with its town church is a UNESCO World Heritage Site. Therefore, both the city and the country are required not to duck. A world cultural heritage that defames Jews is unacceptable.