"There have been major problems caused by sunburn on the fruit"

The long drought is a major challenge for farmers. 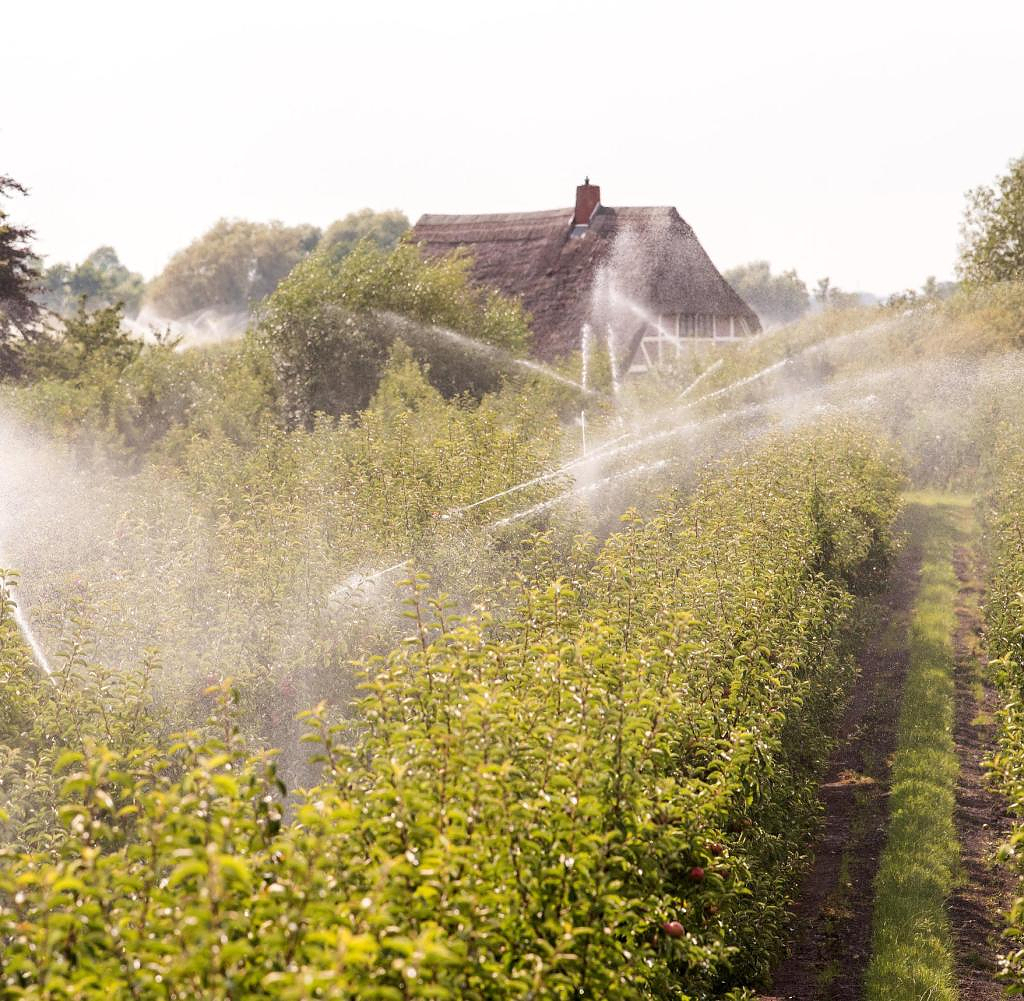 The long drought is a major challenge for farmers. "With the crops that are still on the fields in NRW, farmers everywhere are urgently waiting for rain," said the North Rhine-Westphalia Chamber of Agriculture in Münster. A single shower is only enough for a short time, since a lot of water evaporates during the day in the heat.

The Rheinische Landwirtschafts-Verband in Bonn explained that where it makes sense and is possible, farmers rely on irrigation to ensure the quantity and quality of the crops. This applies to large-scale crops such as potatoes, onions and carrots, but also to most other types of vegetables. "Otherwise, the heat and drought would ruin the harvest," says the Rhenish Farmers' Association.

Livestock farmers are worried about the pastures: the grass has dried up. Since the grassland is drying up more and more, it could become tight in the course of the year when the stocks from the previous season run out in the supply of feed to the farms with dairy cattle and cattle. In the case of corn, the first fields have already been harvested, partly due to the lack of ripeness, the agricultural association said. For the important cultivation of sugar beet, rain could most likely bring some relaxation and allow the tubers to grow again.

The provincial association of Rheinischer fruit and vegetable growers in Bonn reported that the vegetable farmers in particular were busy around the clock to keep the crops alive. The farms irrigated “with everything that is possible”. Fruit growers also rely on water from their own well if there is a possibility. "There have been major sunburn problems on the fruit," the growers' association said.

Wherever possible, irrigation from above is used to cool the fruit trees. The water for this comes from wells in the fruit and vegetable farms. "The withdrawal of water from surface waters, which is prohibited in a number of municipalities, is irrelevant," emphasized the association.

‹ ›
Keywords:
TexttospeechBonnGemüsebauerMünsterReiseNRW
Your comment has been forwarded to the administrator for approval.×
Warning! Will constitute a criminal offense, illegal, threatening, offensive, insulting and swearing, derogatory, defamatory, vulgar, pornographic, indecent, personality rights, damaging or similar nature in the nature of all kinds of financial content, legal, criminal and administrative responsibility for the content of the sender member / members are belong.
Related News