“Theater is an analogue event”

Anne Lenk doesn't get any rest. 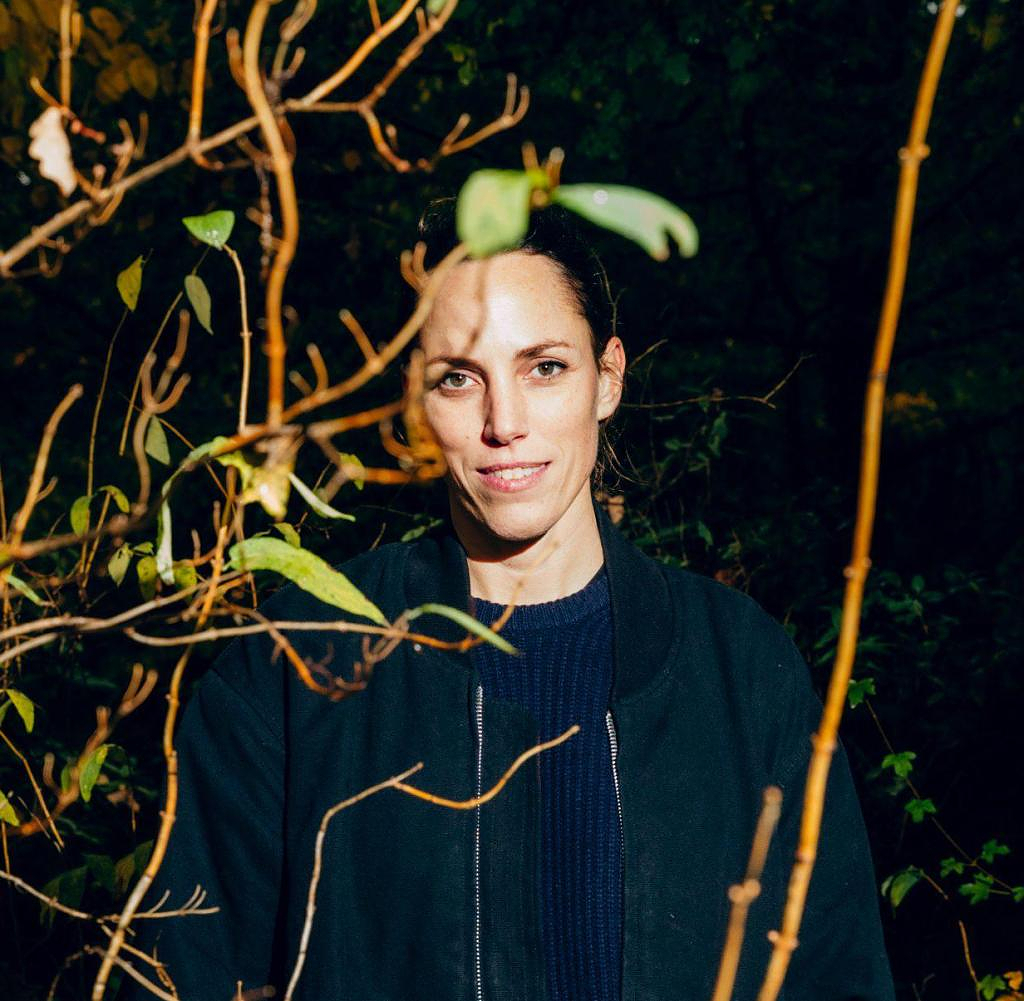 Anne Lenk doesn't get any rest. Just three days ago, the director premiered “Minna von Barnhelm” at the Deutsches Theater Berlin, one day later than planned. An illness in the ensemble required rehearsals up to the last moment - a challenge for Lenk, who prefers to work thoroughly and with a little time. And because one of the actors was absent from a film shoot for the next performances, she had to go back to the rehearsal stage two days after the premiere for the next cast change.

No break? Or vacation? Better not, says Lenk, laughing. It is enough for her to cook well once. Thoroughly and with time – like in the theater. She comes to rest while chopping vegetables. The final rehearsals are usually anything but calm, and sometimes she doesn't even get to eat, let alone cook. Here the arrangements with the stage technology and the lighting, there the final touches with the actors, there is always something to do and to improve.

And then the next piece is coming up again, after the premiere is before the premiere. This time "Three Sisters" by Anton Chekhov, Lenk is in conference with the Hamburg Thalia Theater until the early afternoon, although the premiere is not until next spring. The bored sisters, lost in reality, spinning on themselves, feeding on their memories and daydreams while being utterly incapable of action; what else do they tell us – or again? "To Moscow!" What does that mean today?

From the conference we go to the Hasenheide in Berlin-Neukölln. The monument to Friedrich Ludwig Jahn greets you at the entrance from a hill. The "Turnvater" propagated physical training as a patriotic program, women and Jews were undesirable. The first public gym in the country was in the Hasenheide, apart from the monument little reminds of it. But for a year now there has been new, colorful sports equipment that is spread across the site. The city called the program “Berlin is moving”.

Anne Lenk prefers to walk. Climbing on poles or contorting on "movement elements", as they are officially called, is not their thing, nor does jogging. I'd rather go for a walk. The Hasenheide is still wet from the rain, a gust of wind blows the drops from the trees, the drunkards have gathered under the low-rise building of the "Hasenschänke", which is only open in the summer months, a few drug suppliers roam through the bushes. It's empty, there's a lonely plastic chair on the lawn, a little later a ray of sunshine breaks through the cloud cover - Berlin's autumn idyll.

Even going for walks has been neglected by Anne Lenk lately, although Hasenheide and the former Tempelhof airfield are not far from her apartment in the trendy north of Neukölln. Sometimes she wonders whether she should move away from the capital. In the countryside? Her teenage son would hardly be thrilled. He would rather have a smartphone. Lenk is skeptical. We hung on the screens so much, isn't it better to start as late as possible?

Anne Lenk is also skeptical when it is announced that the future of theater lies in the digital world. "For me, theater is still an analog event," she says. People come together, direct their gaze from the end devices that they constantly carry around with them to something that is being played in front of the stage. Lights off, attention on. A transfer to a screen does not create the same pull, this collective excitement of the audience, which one can hardly escape.

But what if the audience stays away, the halls remain half empty - keyword: audience dwindling? The director only knows this from hearsay. The performances of their productions are usually sold out. That's why the awkward line-up changes, no director likes to cancel a performance in front of a full house. What Lenk does is not played out after three performances; this too is sustainable theatre. "The Misanthrope", "Maria Stuart" and "The Broken Jug" are all in the repertoire of the Deutsches Theater on the big stage - and they are doing well. Why is that?

In order to answer the question, Anne Lenk has to go back a bit. Born in 1978, she went to Gießen to study. The Institute for Applied Theater Studies there, founded in the early 1980s, is something like the cadre of performance theatre. "Postdramatic Theater" by Hans-Thies Lehmann and "The Aesthetics of the Performative" by Erika Fischer-Lichte are the sacred writings, among the famous graduates are René Pollesch and collectives such as Rimini Protokoll and She She Pop. That's nothing for Lenk, she wants to do theater, learn the craft - and moves to Munich.

While literary or psychological theater is regularly declared dead and outdated, Anne Lenk takes a different approach. “A person without a psyche, what is that supposed to be?” she asks. "That does not exist. Even if we were all autistic, that's a psychological fact.” Psyche, body and language, the theater in Lenk, a theater of the human world, takes place in this field of tension. She finds the material in classics of stage literature such as Racine, Lessing, Schiller and Kleist, as well as in modern material such as “The Naked Madness”, on which she is currently working in Hanover.

Inevitably, the conversation turns to the theater's current crisis, accompanied by a change of atmosphere. From the Hasenheide it goes via the bustling Hermannplatz to a small café directly at the St. Jacobi cemetery. The tombstones and statues exude a morbid charm. Is the theater dead? It's not that bad, says Lenk, but she's hoping for offspring. To whom she might be able to give something; Lenk has already held guest professorships at acting schools in Hamburg and Berlin.

For them, it starts with the language. "I can't listen to a robot," says Anne Lenk. "I'm out of there straight away." That's what working with the actors is all about, "imagined language," as she calls it. The opposite of thoughtless recitation. And also the opposite of applying only one pitch to the text. Whispering or screaming, mannered accents or dialect, if the language has not gone through the head and body, none of this helps. No one in the theater is currently working with language as precisely as Lenk; no wonder she doesn't tolerate laxity.

Lenk has a reputation for being strict. Good, but strict, so an actor informed his colleagues. Or warned? Lenk is thorough, that's appreciated. She has been working with her set and costume designers for years, preferring long-term relationships to artistic one-night stands when it suits. The appreciation found expression in the company as well: Lenk was invited to the Berlin Theatertreffen for the first time with “Der Menschenfeind” (The Misanthrope), and the next invitation followed the next year with “Maria Stuart”. It could hardly have been the last.

The then Chancellor Angela Merkel, otherwise not known as an avid theatergoer, was in the audience for “The Misanthrope”. After the premiere of "Der zerbrochne Krug" (The Broken Jug), she was one of the first to give well-wishers backstage. She liked it, but portraying the jug as colonial art was going too far. Which she promptly conveyed with the congratulations. A rebuke from "Mum"? It was a bit strange, says Lenk, but without the criticism it probably would have been strange too.

Staging classics in theaters today could be seen as a punishment. Not for Anne Lenk, but for her as a precise reader and director enthusiastic about language, it is a happy opportunity. Nothing against cinema or series - she loves "Fleabag" - but theater is also an examination of material that is older than Netflix. You can approach the pieces from the past with the questions of the present and then, to your own astonishment, realize that this results in a fruitful dialogue across the epochs.

"Minna von Barnhelm", the classic by Gotthold Ephraim Lessing, was staged by Lenk as a comedy about gender roles. She focuses entirely on showing how the characters play with each other. The audience can feel encouraged to discover the forgotten playfulness in their own lives, to bring the hidden development to the stage. The means that Lenk uses is humour, which does not rise above the characters but brings them into play with one another. She learned that when she was a student at a workshop for clowns, says Lenk, and it has left its mark to this day.

Lenk's preference for the subtle and the underground stands out, in contrast to the garish extreme performances of a Florentina Holzinger or the martial pounding and roaring evenings of an Ulrich Rasche. The theater can draw from other sources, from quieter, clearer and deeper ones. It is now dark, Anne Lenk says goodbye in the direction of Sonnenallee. She's busy at the theater, the next production is already calling.

‹ ›
Keywords:
LenkAnneKlassikerRegisseureTheaterAnne LenkNeuköllnSonnenalleeHermannplatzHasenheideMusik
Your comment has been forwarded to the administrator for approval.×
Warning! Will constitute a criminal offense, illegal, threatening, offensive, insulting and swearing, derogatory, defamatory, vulgar, pornographic, indecent, personality rights, damaging or similar nature in the nature of all kinds of financial content, legal, criminal and administrative responsibility for the content of the sender member / members are belong.
Related News