“The view of science became sharper”

The most successful university locations succeed in linking science, business and the public in such a way that they all grow together - Boston in the USA or the Copenhagen/Malmö region are the best-known examples of this. 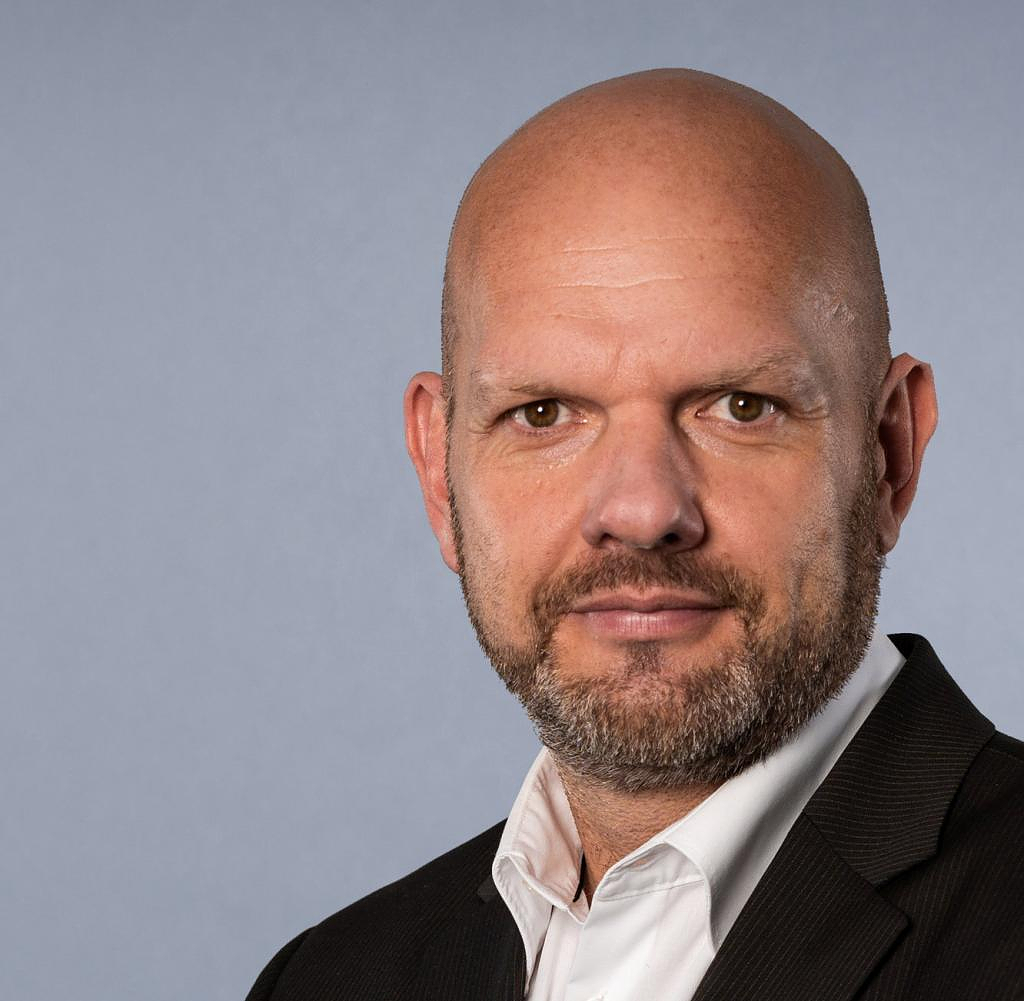 The most successful university locations succeed in linking science, business and the public in such a way that they all grow together - Boston in the USA or the Copenhagen/Malmö region are the best-known examples of this. And where does Hamburg stand here? Can the transformation of research results into companies succeed?

These questions will be discussed on Tuesday at the first Hamburg Future Conference in the Chamber of Commerce, where the topics of climate, energy, medicine and the acceptance of science will be discussed on several panels in front of 250 guests. WELT AM SONNTAG is the media partner of the event organized by the Universitätsgesellschaft Hamburg (UGH) to mark its 100th anniversary.

Elke Weber-Braun, chairwoman of the UGH, Prof. Heinrich Graener, ex-dean of the MIN faculty at the University of Hamburg and Norbert Aust, president of the Chamber of Commerce, spoke in advance about what is already going well in Hamburg - and where there are still pitfalls .

WELT AM SONNTAG: Science has probably never been as much in focus as it has been in recent years, especially in relation to climate and energy issues, but of course also in connection with the pandemic. How has the view of science changed as a result?

Elke Weber-Braun: If I may start positively: The willingness to deal with the topics and approaches of science in general has increased. It has become clear to many how complex the connections often are, but also that the respective social groups - business, politics, the media - sometimes speak very different languages ​​and of course pursue different interests. A lot of work is still needed to network the spheres even better.

Norbert Aust: But these spheres have never been as close as they are now. Science has come down from its ivory tower and the public has recognized its importance.

WELT AM SONNTAG: Proximity also creates social friction. We experience this in research into the corona pandemic and in the climate debate.

Heinrich Graener: Exactly. Let's take the coronavirus example: Successful research into an effective vaccine alone is not enough. You have to produce it, you have to distribute it, you have to decide on vaccination sequences, set up vaccination centers and achieve vaccination readiness in the population. This chain must be designed from the outset in order to generate a social benefit from the scientific result. To do this, many stakeholders have to talk to each other.

WELT AM SONNTAG: So the other way around: How do the scientists themselves deal with this role? This form of interaction is new to them.

Aust: Perhaps some now see more clearly that science is not an end in itself, but always a service for society. The transfer of the acquired knowledge is now clearly the third pillar, a further task in addition to research and teaching. But this is a process that needs to be consolidated...

Weber-Braun: ... and in which politics and the media also play a significant role. Because they have their own procedures and goals, scientific knowledge is often only used for their own interests or diluted. Many scientists have now had to experience this as well. It would be better if all those involved were geared towards the common good of society and not primarily towards their own goals.

Aust: Science also has the task of moving forward and opening up new spaces. That, too, can then create friction that we all have to endure in order to make progress.

Graener: Recently we have seen how the need to avoid getting sick led to a sharper focus on science. For example, I have never seen so many scientists on television as I have in recent years. We simply have to use this public momentum now to find a better basis of trust in the science/politics/public triangle in the long term. Society sometimes put us scientists in – as you said, Mr. Aust – in the ivory tower and just said: do it! But what we need is permanent dialogue.

WELT AM SONNTAG: How can it be organized?

Weber-Braun: That's a job for the institutions. The Hamburg Chamber of Commerce has launched programs for better linking science and business and created contact points, the university has set up a transfer department, and in many companies and in politics there are many more motivated people than before who drive the interaction forward. Last but not least, there are also institutions such as the Universitäts-Gesellschaft Hamburg, which has seen itself as a link between science and the public for 100 years and, for example with the future conference next Tuesday, also communicates this to the outside world.

Aust: The University of Hamburg was also founded as a reaction to the crisis after the First World War and then, after the Second World War, also learned its lessons from it. It is also not the case that this transfer service did not exist before the pandemic or before the climate crisis, the dialogue format university forum of the economy has existed for 25 years. But sometimes it takes such new difficult moments to readjust the respective procedures and goals - then the crisis is actually the sister of the opportunity.

WELT AM SONNTAG: On the other hand, a lot of public debates are very ideological right now. And ideology is not, to stay with the metaphor, the sister of science, but rather that of the crisis.

Weber-Braun: That often comes from politics, unfortunately self-portrayal is an increasingly important factor here. And that can be combined better with an ideological approach than with the facts of science. The behavior then rubs off on other social groups.

Graener: Scientific findings are not always easy. We have been talking about climate change and the climate crisis for more than 60 years. We have known for a long time that the current situation is coming, but even slight corrections to the economy or personal behavior have been pushed aside in the hope that it will all be wrong. Now the situation has gotten much worse and the measures must be all the tougher.

Aust: Or even better planned, in any case, there has been a great willingness to innovate in the economy for several years. In addition to the large companies, the start-ups are also very active in Hamburg. The connection to science is stronger here than ever before.

WELT AM SONNTAG: Let's take the question of future energy supply. Research is being carried out everywhere, the time pressure is great. What needs to happen now to get good results?

Graener: We have to take the overall view here from the outset and not expect too quickly the sole saviour. Nuclear power was presented in this way 50 years ago, although everyone knew that it had major weaknesses in terms of safety and, above all, in terms of the disposal of nuclear waste. Every technological development also has its problems. And that also applies to the new savior hydrogen.

WELT AM SONNTAG: What are the problems?

Graener: We will not be able to produce enough green hydrogen in Germany as we need. This would require sunny regions for solar power generation, such as Africa. But do we want to become dependent again here, as we did with Russia for gas supplies? This question should be asked early on and not just when billions of euros have already been invested in the infrastructure. That's part of the honesty of dialogue as we described it earlier. The important trust in one another can only be strengthened if these and similar points are stated openly.

Weber-Braun: You have to be willing to discuss everything, and if possible in the right order, here and on many other urgent points in order to weigh up the risks and opportunities. And then, on this basis, a decision must be made as to which priorities to set.

WELT AM SONNTAG: How good is Hamburg in this interplay of forces? Do the actors from science and business know enough about each other?

Graener: I'll say something nasty: the needs of business are often much lower than what science can deliver or what it is currently working on. Or the research is already much further than what the economy wants to call up. For the scientists, this is sometimes the knowledge of yesterday or the day before, they don't even consider that it could still be interesting. The challenge is to create formats in order to achieve joint results or at least an exchange.

Aust: The knowledge about each other is more advanced than it ever was. The work on the interlocking, especially with a view to medium-sized and small companies, never ends. Large research institutions such as Desy also offer opportunities for medium-sized companies to improve their own products or manufacturing processes. You just have to know how to get together. Science has to run ahead, but it also has to turn around and ask itself how can we take the others with us.

WELT AM SONNTAG: Is that also the idea behind the future conference?

Weber-Braun: Also. Of course, we want to put the work of the university society in a showcase and show why membership or commitment is worthwhile, especially in the current situation - namely to organize and influence the points of exchange mentioned. But we don't do this as an end in itself, but because the topics we discuss are of great importance for the development of the city and our living space: How do we want to live together in the future?

Aust: As President of the Chamber of Commerce, allow me to add: and of what?

‹ ›
Keywords:
LauterbachJörnHamburgWissenschaftlerForschungAustNorbert (Schmidts Tivoli)WeberBraunElkeUniversität HamburgWirtschaft
Your comment has been forwarded to the administrator for approval.×
Warning! Will constitute a criminal offense, illegal, threatening, offensive, insulting and swearing, derogatory, defamatory, vulgar, pornographic, indecent, personality rights, damaging or similar nature in the nature of all kinds of financial content, legal, criminal and administrative responsibility for the content of the sender member / members are belong.
Related News