The urban regeneration of their surroundings is a responsibility of citizens

The EDUSI strategy has been implemented in recent years in the municipality. 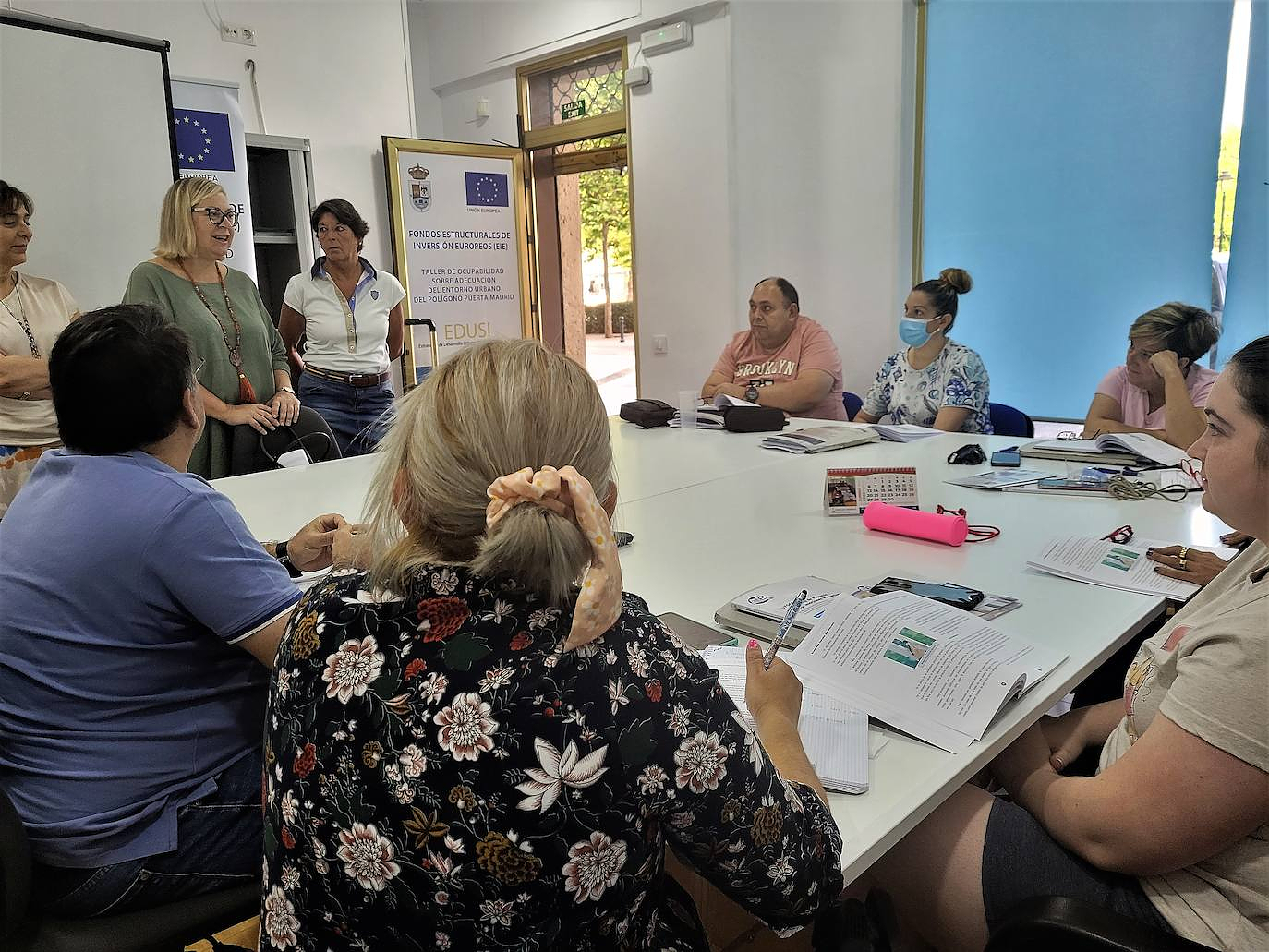 The EDUSI strategy has been implemented in recent years in the municipality. This workshop focuses on the employability of citizens and enables them to play a key role in the rehabilitation of their local environment. The other important aspect of the program is to place job seekers on the labor market.

The project falls within its line 9. It consists of a sociocommunity intervention for socioregeneration and socio-labour integration in areas at high risk of social exclusion. Josefa Jurado (Consultant for Social Welfare) visited yesterday the workshops which take place at Parque San Eufrasio.

The course started in March and is continuing to develop normally. "The rate of absenteism has been very low because it demonstrates the involvement and motivationof the participants," stated the mayor. He also noted that many people have found jobs. Jurado stated that "we have continued to include more people because we had waiting list."

Continuous evaluation tests are administered to students who have participated in the program. "These have been resolved satisfactorily." These workshops are the prelude for the development of a practical part. "This will revert towards the improvement of your neighborhood, specifically in Poligono," confirmed the councilor. This allows students to contribute to the improvement their immediate environment, in addition to their theoretical knowledge.

Visi Cordon (the manager of the company that developed the workshops) highlighted the immense involvement she had seen among students. "At the moment, they are obtaining great scores and this satisfies me because here we row in the same direction, and that's how we achieve our goals", Cordon stated in his speech.

‹ ›
Keywords:
CiudadaniaImplicaRegeneracionUrbanaEntorno
Your comment has been forwarded to the administrator for approval.×
Warning! Will constitute a criminal offense, illegal, threatening, offensive, insulting and swearing, derogatory, defamatory, vulgar, pornographic, indecent, personality rights, damaging or similar nature in the nature of all kinds of financial content, legal, criminal and administrative responsibility for the content of the sender member / members are belong.
Related News