The United States still awaiting the results of the elections, the attention is already turning to 2024

The Democratic president will probably have to deal with a House of Representatives in the hands of Republicans, which will complicate the rest of his term, but the victory of his opponents promises to be much shorter than they thought. 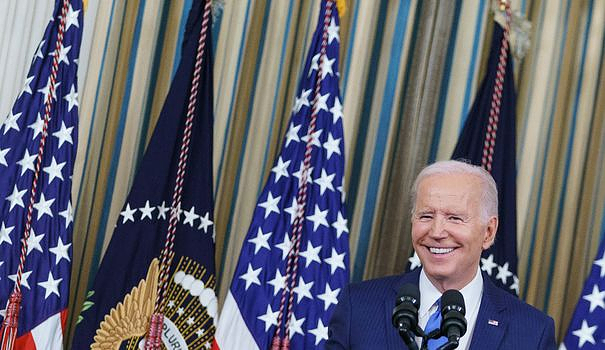 The Democratic president will probably have to deal with a House of Representatives in the hands of Republicans, which will complicate the rest of his term, but the victory of his opponents promises to be much shorter than they thought.

The control of the Senate was still uncertain.

The final composition of the upper house, suspended with three seats, should indeed only be known in weeks.

Because the counting of votes in Arizona and Nevada could still take several days, and in Georgia, a second round is scheduled for December 6.

For a long time, the Republicans believed they had a boulevard to take back the two chambers from their rivals, promising a "red wave", even a "tsunami".

"That did not happen," rejoiced Joe Biden, 79, on Wednesday at a press conference all smiles, saying that on November 8, the day of these historically perilous elections for the party in place, was "a good day for democracy".

The president had largely focused his campaign on the defense of democracy and rights, including abortion rights. He had urged Americans to block the most extreme fringe of the conservative camp and its "extreme MAGA philosophy", going so far as to describe its ideology as "semi-fascism".

The acronym MAGA refers to former President Donald Trump's iconic slogan, "Make America Great Again", which continues to hammer home that the 2020 presidential election was "stolen" from him. by Joe Biden.

The Republicans, on the other hand, have put more emphasis in their campaign on the economy and inflation, which has reached record levels.

Asked Wednesday about the 2024 election, President Biden reiterated that he "intended" to run for a second term, but that he would confirm it "early next year".

Because the race for the White House is already being organized.

Mr. Trump, very present during the campaign for the midterm elections, would be ready to set out again to conquer 1600 Pennsylvania Avenue: he promised a “very big announcement” on November 15.

But the more than mixed performances of his foals cast a shadow over his plans and question his reputation as a kingmaker.

He himself conceded on his Truth Social platform that "in a way" the results of the "midterms" were "somewhat disappointing".

Before attacking the "false narrative from the corrupt media that I am angry about the midterms" on Thursday. "I'm not angry at all, I did a great job (I wasn't a candidate!) and I'm very busy looking to the future," he said, claiming to have chosen " so many winners" among his proteges.

Not everyone is of the same opinion. Owned by the influential Murdoch family, the New York Post tabloid, known for its harsh criticism of Democrats and until recently sympathetic to the former president, accused him of "sabotaging" the ballot for the Republicans, the wearing the nickname "Trump the Toxic" in his columns.

Above all, the elections have made it possible to consolidate his most prominent Republican rival today, Florida Governor Ron DeSantis, triumphantly re-elected on Tuesday.

Mr. DeSantis gave a victory speech widely seen as looking to 2024. “The fight has only just begun,” quipped the man who made Florida a laboratory for his ideas and perhaps a springboard to the White House .

As for former Vice-President Mike Pence, also tipped for the next presidential election, he conveniently published an extract from his memoirs the day after the elections. His book, in which he recounts the pressures to overturn the results of the 2020 presidential election, will be released on November 15 - the same day as the announcement promised by Donald Trump.