The greatest enemy of mankind does not roar, roar, shriek, croak. 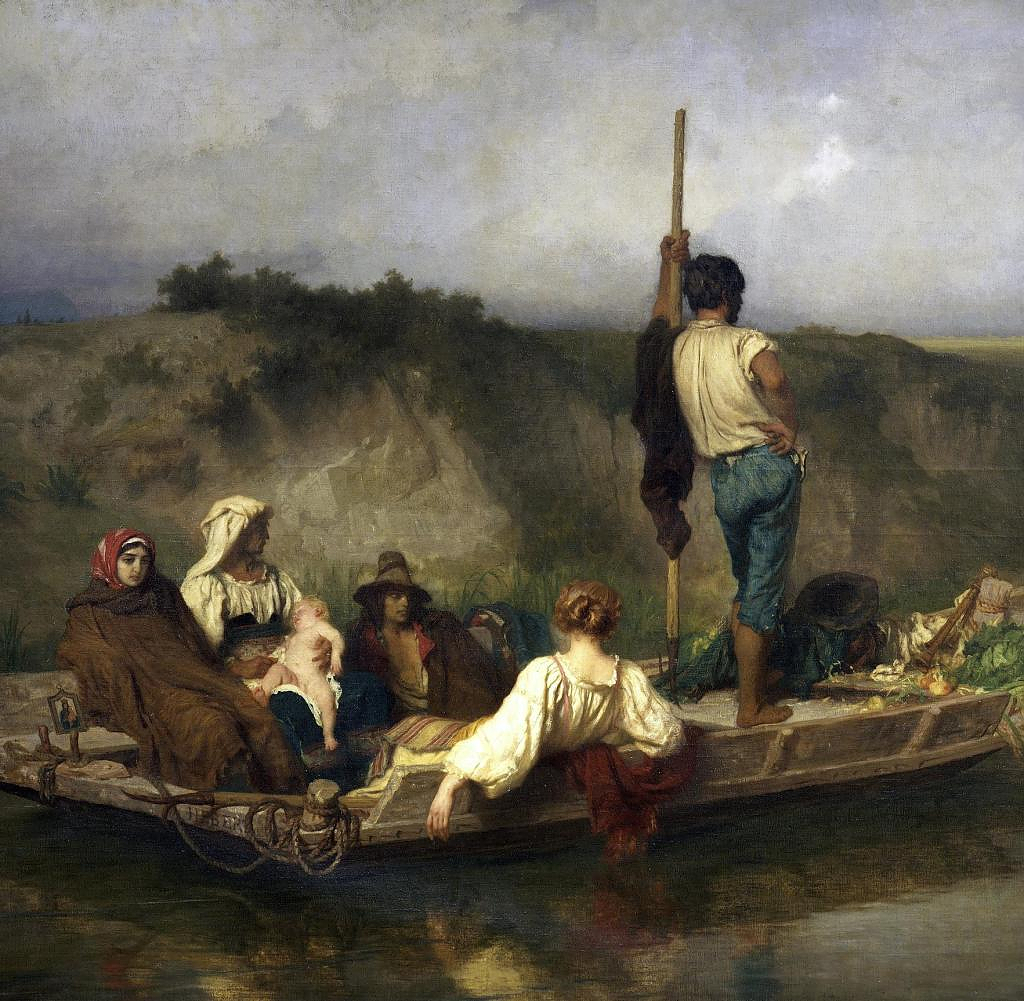 It needs no fewer than six spikes to penetrate a human's skin. Two of them have tiny spikes; with them she saws her way through the epidermis. Two more spikes spread the skin apart. She looks for a blood vessel with a straw spike, then sucks the blood. As its abdomen fills, the mosquito separates the red blood cells from the water, which it pushes out drop by drop. At the same time, she sprays a special saliva into the opening with the sixth spike, which prevents the blood from clotting.

It's always a female who bites in this complicated way: the female mosquito needs the blood to produce eggs. She lays her brood in any standing water, a shallow puddle is enough. This is where the mosquito larvae grow. If the female mosquito bites you, it's just uncomfortable: the saliva triggers an allergic reaction that causes severe itching. But Anopheles and Aedes mosquitoes, when biting, often transmit malaria, yellow fever, dengue.

The World Health Organization reports that approximately 435,000 people died from malaria in 2017, mostly in southern Africa. Around 45,000 people died of yellow fever at the same time; a severe outbreak occurred in Brazil. In 2015, more than two million people fell ill with dengue fever, which is particularly prevalent in Asia, and 1,181 died.

Admittedly, this is almost harmless compared to what these diseases used to do. At least we now know how it is transmitted. Before the 19th century, there was only speculation that malaria and its ilk had anything to do with miasma rising from swamps (the disease's name literally means "bad air").

Millions upon millions perished from the insidious mosquito epidemics. And because the mosquito serves no ecological purpose—it's not part of a food chain, it doesn't fertilize plants—one might cynically think that Anopheles and Aedes exist solely to decimate humanity. Perhaps it is no coincidence that fictional Christian depictions of the devil (bloody red wings, piercing horns, long tail) are confusingly reminiscent of the mosquito.

In his macabre-hilarious book The Mosquito. A Human History of Our Deadliest Predator,” historian Timothy C. Winegard recounts how the mosquito has made history over and over again. Take the ancient Egyptians: there is evidence that the Nile Empire has existed since 1500 BC. was struck by malaria epidemics; and as pharaoh Tutankhamun around 1323 BC. probably succumbed to this disease, it meant the end of an ancient superpower. The ancient Chinese spoke of a triple demon that haunts people - an evil spirit with a bucket of ice water (the chills), a fever demon (excruciatingly hot coal fire), and finally a spirit with a hammer (sweat, headache).

Around 200 million people contract malaria every year. The risk of infection is highest in the African tropics and subtropics. We explain how you can protect yourself when traveling to such regions.

Writers who like to envision alternate worlds are invited to imagine what might have happened if there had been an effective antimalarial drug in the time of Alexander the Great. As is well known, Alexander was the general who succeeded in everything: first he united Greece under his army, then he marched across the Hellespont and defeated Greece in 331 BC. in the Battle of Gaugamela the Persian Great King Darius III. Then came Turkmenistan, Uzbekistan and Tajikistan; then he crossed the Hindu Kush and conquered the Punjab.

He just turned 33 and sat on the throne of Macedonia for a full twelve years. During this time, Alexander the Great conquered the largest empire that mankind had seen up to that point.

And now, after eight years of victory after victory for Alexander's army, with a final surge of energy, the western and eastern hemispheres might have been united; under a ruler who respected local cultures, did not impose his religion on anyone, and encouraged exchanges between the various peoples he subjugated. What would the world look like today? Does Christianity exist? Is the Temple in Jerusalem Still Standing? Would Rome have remained a dump? Would fakirs have converted the Anglo-Saxons?

Idle questions, for Alexander's army was now seriously ill and could not go any further. The war hero himself died on June 11, 323 BC. Chr. – from malaria fever, what else.

Who ended up stopping the great strategist Hannibal's troops from almost conquering Rome? Malaria. Who gave the Roman Empire the rest when it was almost over? The malaria. (The Pontine Marshes to the southeast of Rome were teeming with buzzing insects.)

What was the Christianity that spread across Europe after the 3rd century? Above all, a cult that cared for people suffering from malaria in the name of charity. There are many Christian amulets meant to protect against the plague in the name of Jesus, and the center of the new religion, the Vatican, stood in the middle of a malaria swamp. (As late as the 19th century, travelers noticed that the inhabitants of Rome looked rather ill.)

Why did the Christian Crusades fail? That certain plague. Who stopped the Mongols in 1241? What killed off the Khmer civilization in Cambodia around 1400? Guess.

However, the mosquitoes probably had the greatest influence in the New World. They buzzed around the ships that brought Columbus to America. Before the arrival of the Europeans, however, malaria had not existed in North and South America. The school teaches that Hernán Cortés, with 500 men, brought the great empire of the Aztecs to its knees; this is, of course, nonsense. Cortés and the other conquistadors slaughtered only those few Indians who were still alive after the plagues killed 90 percent of them. (These plagues included smallpox, tuberculosis, measles, and influenza—but malaria was the worst killer.)

African slaves were brought to the New World primarily because they—living in the cradle of humanity—had developed a degree of immunity to yellow fever. The only reason the Europeans were able to capture about twelve million African men, women, and children was because they were sold to them by other Africans in forts on Africa's west coast. No white man could penetrate the interior of the black continent; there lurked death.

In the 16th century, the Vatican accused the Portuguese kings of turning to Africa to punish immoral Catholic priests: they were sent to proselytize where the ravenous swarms of mosquitoes were waiting, and that was that.

Without malaria, there would probably be no United States of America today. George Washington and his soldiers at the beginning of the American Revolutionary War could only repeatedly outrun the troops that King George III. had sent, but in the end the Imperial Redcoats were sick and weak, while the Americans, meanwhile, had developed defenses against the disease.

In 1791, black slaves in Haiti rose up against the French colonial power. Ten years later they were still not crushed, and Napoleon sent an army. It was not only defeated by the bravery of the black revolutionaries: "Happy were the French soldiers who died quickly," wrote an eyewitness. “Others suffered convulsions, headaches that threatened to burst their heads, and unquenchable thirst. They spat up blood and a substance called 'black soup,' then their faces turned yellow and their bodies were covered with foul-smelling phlegm before, fortunately, death occurred."

The Aedes mosquito had come to the aid of the revolutionaries. (And after this description one understands why the Spaniards called yellow fever vomito negro, "black vomit".) Napoleon knew when he had lost: in 1804 he capitulated to the Haitians. A year earlier he had sold the Americans for a ridiculous price more than two million square kilometers, which stretched from present-day Louisiana in the south to Montana in the north - almost a third of today's American territory. And again a task for the alternative world writer: What would an America look like today that would be dominated to a not insignificant part by France?

When the United States was founded, it was only a fraction of what it is today. In our graphic we illustrate the expansion from 1783 to the end of the 19th century.

There were cures. People ate animal fats, snake venom, mercury, powdered insects, bathed in urine, or drank it. Other remedies against malaria: opium, tea and coffee. The drug quinine had been known since 1632, but quinine was expensive - and the Protestant countries remained skeptical about a drug used by Catholic Jesuits for a long time. The English then used quinine as colonizers in India. And to cover up the bitter taste a bit, they mixed the bark extract with water, carbon dioxide and sugar and mixed in gin. We have malaria to thank for a drink that is still very popular today.

World War II was also a war against malaria. Not only the Nazis and the Japanese Empire were defeated at that time, but also the Anopheles mosquito; the magic drug used against them was called DDT. However, in the late 1940s, mosquitoes began to become immune to the poison.

At the end of the 1960s, that stuff didn't help at all. "We are not afraid of the American imperialists, but we are afraid of malaria," was a dictum of the Viet Cong fighters. In truth, however, the American soldiers were also weakened in the Vietnam War.

In 1972, Mao Tse-tung, who supported Vietnam, started the highly secret "Project 523" - the aim was to finally find an effective medicine. About 500 Chinese scientists were involved. (At the same time, the Cultural Revolutionaries were busy massacring scientists.) The "523" project was successful: thanks to an ancient Chinese recipe, it discovered the active ingredient artemisinin in a medicinal plant called "annual mugwort". In 2015, doctor Tu Youyou received the Nobel Prize for this discovery.

Research is now being carried out into whether artemisinin also helps against cancer. Meanwhile, however, subspecies of the malaria parasite that are immune to artemisinin have emerged and spread to Vietnam, Thailand, Laos and Myanmar. This had no effect on Africa, where 90 percent of all malaria cases are now registered. Most patients there cannot afford any medication anyway.

In the long run it will probably be possible to eradicate malaria using gene technology: CRISPR is the name of the magic formula – today it is possible to remove sequences from the genetic code and exchange them for others. A team of biologists in Berkeley, California, reports that CRISPR is eating through Zika, HIV and other diseases "like Pac-Man" (a Japanese cartoon character who looks like a circle with teeth that devours everything in its mouth).

Laboratory-engineered mosquitoes that are incapable of transmitting malaria (by passing that trait on to future generations) can help the old devil with his spikes lose his terrors. In any case, the Bill Gates Foundation is working intensively on it. Perhaps mosquitoes will soon only be a nuisance - and nothing more.

This article was first published in 2019.

‹ ›
Keywords:
MedizingeschichteSeuchenMalariaMalaria TertianaSteinHannesHistorische SachbücherMalaria QuartanaMalaria TropicaMalariamückenRpblGattung AedesAlexander Den GroßenRomFacebookAfrikaAmerikaVatikanVietnamEuropaGesundheitAnophelesMenschengeschlecht
Your comment has been forwarded to the administrator for approval.×
Warning! Will constitute a criminal offense, illegal, threatening, offensive, insulting and swearing, derogatory, defamatory, vulgar, pornographic, indecent, personality rights, damaging or similar nature in the nature of all kinds of financial content, legal, criminal and administrative responsibility for the content of the sender member / members are belong.
Related News