The companies concerned and the two unions mainly representing train drivers were called to a meeting at the Ministry of Labor on Wednesday morning. 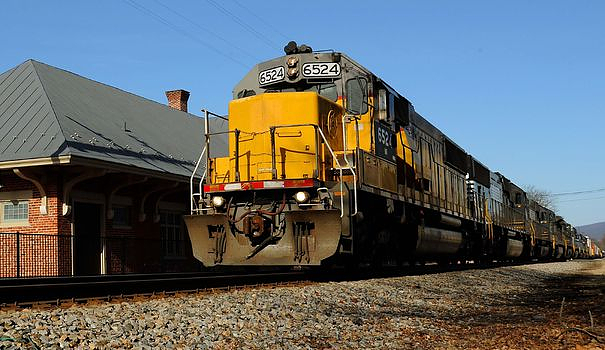 The companies concerned and the two unions mainly representing train drivers were called to a meeting at the Ministry of Labor on Wednesday morning. They had already been contacted several times by US President Joe Biden or his representatives.

"All parties must remain at the table, negotiate in good faith to resolve outstanding issues and reach an agreement," White House spokeswoman Karine Jean-Pierre said during a briefing.

“A shutdown of our freight rail system would be unacceptable to our economy, the American people and all parties must work to avoid this,” she added.

Already, Amtrak has said it has canceled all mainline trips for its passengers from Thursday "to avoid possible disruptions along the way". Most trains connecting Boston, New York and Washington on the east coast are, however, a priori unaffected.

The federation representing the bosses of the sector has warned that if the strike does indeed begin Friday at midnight, it would stop 7,000 trains and could cost two billion dollars a day.

Freight companies began making arrangements for the transport of hazardous materials as early as Monday.

The largest agricultural union in the United States for its part on Wednesday called on Congress to act, stressing that the transport of grain by truck or boat could not replace transport by train.

Other local passenger transport organizations have warned, such as Virginia Railway Express, which connects cities in northern Virginia to the federal capital Washington, that they will have to suspend lines when the strike begins.

This strike could weaken Joe Biden a few weeks before the midterm legislative elections, the president regularly expressing his support for the unions but also having to avoid an economic crisis at a time when Americans are already facing very high inflation.

The leaders of ten of the twelve unions in the sector have already reached an agreement in recent days.

Members of two of them have already ratified it but another, IAM District 19, announced on Wednesday that its 4,900 members had voted against. IAM District 19, however, stressed that it had agreed to resume discussions until September 29.

There remain the two unions representing drivers, BLET and SMART-TD, which may decide to go on strike on Friday.

Their demands do not relate so much to wages as to provisions around days off and sick leave, with employees complaining that they sometimes have to work for long periods of time due to a lack of sufficient staff.

Joe Biden had already named a specific group in July to facilitate discussions and fend off the possibility of a strike.

The parties can now decide on their own to continue negotiations. Congress can also act by blocking the strike or by imposing the recommendations made by the panel.