"It's an attack on the Republic, which has stunned the French and upset public finance officials who say to themselves: it could have been me. 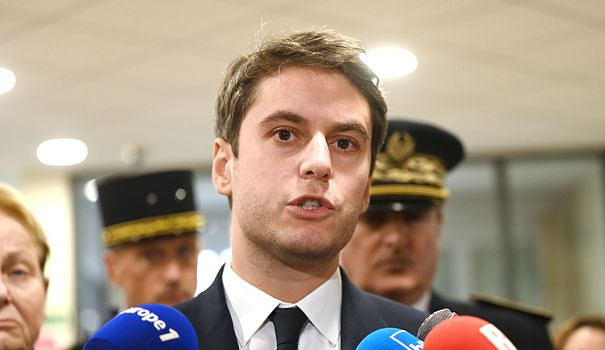 "It's an attack on the Republic, which has stunned the French and upset public finance officials who say to themselves: it could have been me. We have decided to award Ludovic Montuelle the Legion of Honor posthumously with the distinction died in the service of France, "he says.

"And we are going to work on changing the working environment of agents. From my discussions with them, several questions have already arisen. Should we continue to travel when the headquarters of a company is a home? Under what conditions of protection? We we will move forward with their unions", continues the minister.

The tax officer went last Monday to the home of the 46-year-old second-hand dealer, accompanied by an inspector, "to carry out an audit of the accounts".

The junk dealer then sequestered the two agents before killing the inspector and then shooting himself. The 43-year-old chief public finance inspector died of "several stab wounds to the back and chest". Her colleague, 39, was severely psychologically shocked.

An investigation was opened of the counts of sequestration and assassination. The Arras prosecutor believes that the act could have been premeditated, the links used to attach the victim and his colleague, including clamps, having "probably been bought before the facts", knowing that an appointment had been set for control.

A minute of silence was observed Wednesday noon at the Ministry of the Economy and in tax centers.