The extremely warm summer this year also warmed the North and Baltic Seas above average. 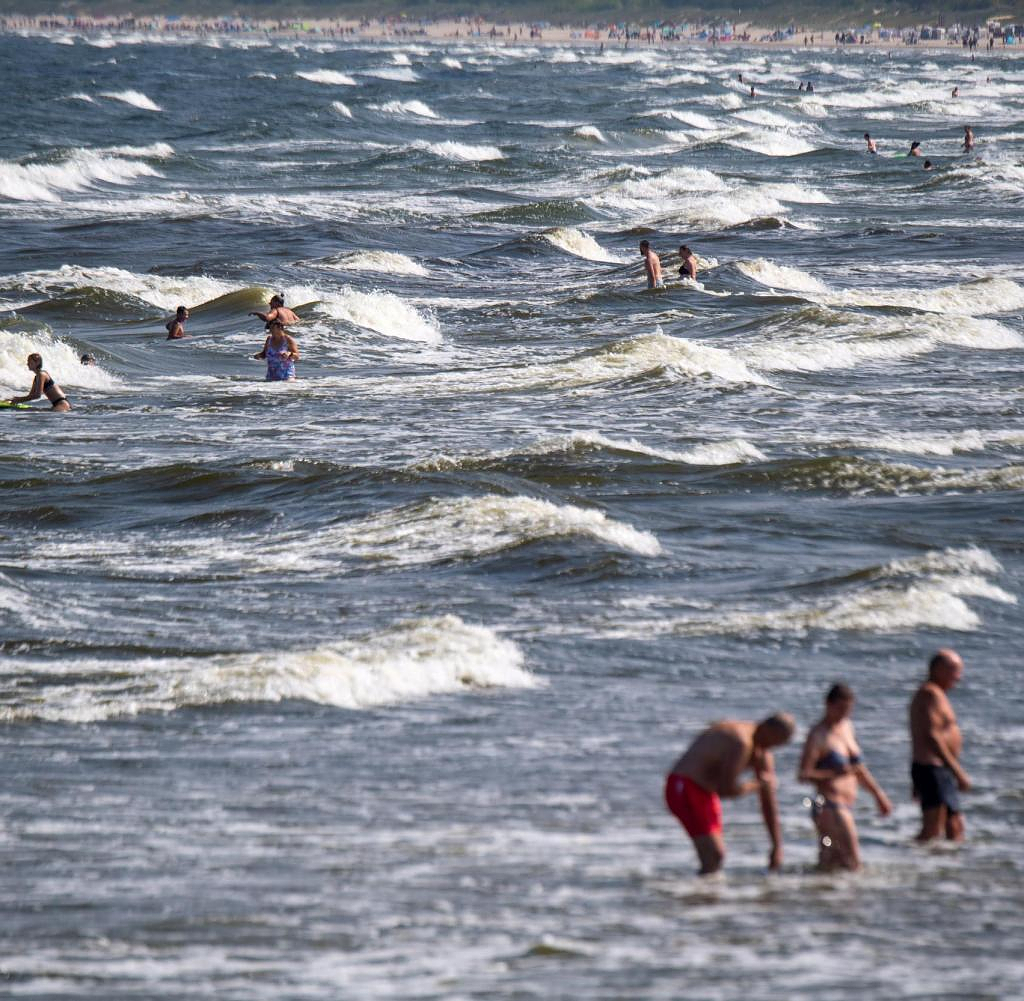 The extremely warm summer this year also warmed the North and Baltic Seas above average. In both seas, the surface temperatures in the summer of 2022 were between 1 and 1.5 degrees above the long-term average, as the Federal Maritime and Hydrographic Agency (BSH) announced on Monday in Hamburg. The EU climate change service Copernicus reported in September that the summer months from June to August in Europe were the warmest since records began.

"Climate change is leading to an excess of energy, more than 90 percent of which is stored as heat in the sea," said the BSH. For example, this changes the occurrence and distribution of fish species. “The oceans also have a major impact on weather and climate events. For example, the temperatures in the North Atlantic influence the course of winter in Central Europe.”

According to the BSH, the surface temperatures in the North Sea in the summer of 2022 were overall above the long-term average - especially in the south-western part, where it was more than 1 degree warmer. "To the north and east, the deviations from the long-term mean decrease," it said. "In June, a marine heat wave was registered at the BSH measuring station "Lightship German Bight", during which the temperatures at a water depth of three meters were up to two degrees above the long-term average. It lasted a total of eight days.”

In the Baltic Sea, the surface temperatures in summer were even 1.5 degrees above the long-term average over a large area, in the areas off the coast the deviation was 1 degree. "Two heat waves in June/July and August/September were registered at the BSH "Lighthouse Kiel" measuring station," the BSH reported. “The first lasted 10 days, the second 19 days. The temperatures at a depth of 0.5 meters were up to 3 degrees above the long-term average.”

As the central maritime authority in Germany, the BSH analyzes the surface temperatures in the North Sea and Baltic Sea on a weekly basis. Weekly mean temperatures from June, July and August were used for the summer mean values. The standard of comparison is the long-term summer mean from 1997 to 2021.

‹ ›
Keywords:
KlimaLauterbachJörnMeereOstseeErderwärmungNordseeHamburgTexttospeechEuropaBSHMitteleuropaUsedomNaturschutzOberflächentemperaturHydrographie
Your comment has been forwarded to the administrator for approval.×
Warning! Will constitute a criminal offense, illegal, threatening, offensive, insulting and swearing, derogatory, defamatory, vulgar, pornographic, indecent, personality rights, damaging or similar nature in the nature of all kinds of financial content, legal, criminal and administrative responsibility for the content of the sender member / members are belong.
Related News