The strike movement at TotalEnergie and ExxonMobil renewed in the refineries

"The movement has been renewed everywhere", explained Eric Sellini, CGT coordinator at TotalEnergies, "in the absence of a response from the general management" to the open letter sent on Saturday to the group's CEO Patrick Pouyanné. 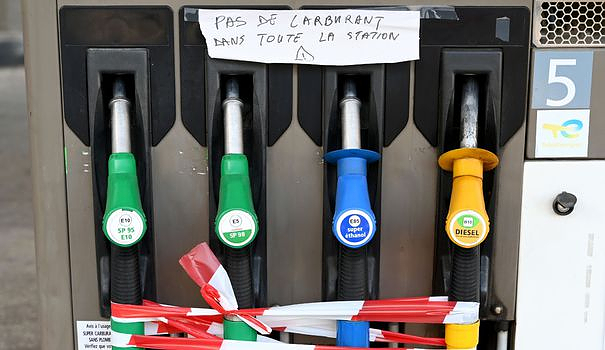 "The movement has been renewed everywhere", explained Eric Sellini, CGT coordinator at TotalEnergies, "in the absence of a response from the general management" to the open letter sent on Saturday to the group's CEO Patrick Pouyanné.

While many service stations are still experiencing supply disruptions, the energy giant's CGT union had proposed, to start negotiations on Monday, to limit its demands to the question of a wage increase.

Since then, "it's radio silence", commented Mr. Sellini.

As a result, the group's largest refinery, based in Normandy, that of Feyzin (Rhône), the "bio-refinery" of La Mède (Bouches-du-Rhône) and the Flanders fuel depot near Dunkirk (North) are "still completely at a standstill", he said.

"If we start negotiations, it will be on the basis of our demands: we are asking for a 10% increase in wages", and that this be "applied to January 1 and retroactive to the year 2022", he said. he further clarified.

The two sites of the American Esso-ExxonMobil in Normandy and Fos-sur-Mer (Bouches-du-Rhone) are "still at a total stop on Sunday", also indicated the elected CGT Christophe Aubert, who assures that "nothing comes out of the refineries" on Sunday.

"The strike movement has been renewed on both sites and this will probably be the case at 2 p.m.," he explained, awaiting an exchange scheduled for Monday with the group's management.

The CGT demanded Friday wage increases more substantial than those proposed by the management, which according to Mr. Aubert suggested "5.5% increase on average with a bonus of 3,000 euros for 2023".

An increase "which is not sufficient to cover galloping inflation, which is more in a context of superprofits", estimated Christophe Aubert.

Blockages by the strikers led to a drop in fuel deliveries, generating shortages of gasoline or diesel stocks in particular in Hauts-de-France and Ile-de-France.