The Ministers of the Economy, the Interior and the Minister Delegate in charge of Public Accounts have recognized the state of natural disaster for municipalities in Corse-du-Sud and Haute-Corse. 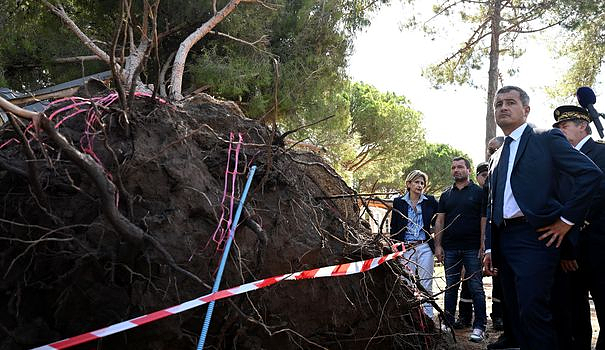 The Ministers of the Economy, the Interior and the Minister Delegate in charge of Public Accounts have recognized the state of natural disaster for municipalities in Corse-du-Sud and Haute-Corse.

Corsica was hit on Thursday August 18 by deadly thunderstorms that killed five people across the island.

Among the municipalities recognized in a state of natural disaster is that of Calvi (Haute-Corse), where a 45-year-old man died, and where several bungalows were crushed by huge uprooted pines.

Interior Minister Gérald Darmanin had promised recognition of the state of natural disaster and the establishment of a "one-stop shop" so that affected companies could "get their insurance very quickly".

Stressing that the weather alert had "not made it possible to properly qualify these winds" which were "absolutely exceptional", Mr. Darmanin had announced an investigation by Civil Security.