The State launches the process of complete renationalization of EDF

The State, which today owns 84% ​​of EDF, filed its draft simplified takeover bid (OPA) on Tuesday with the Autorité des marchés financiers (AMF), the first step in the process to withdraw EDF from the stock market, 17 years after its opening of the capital. 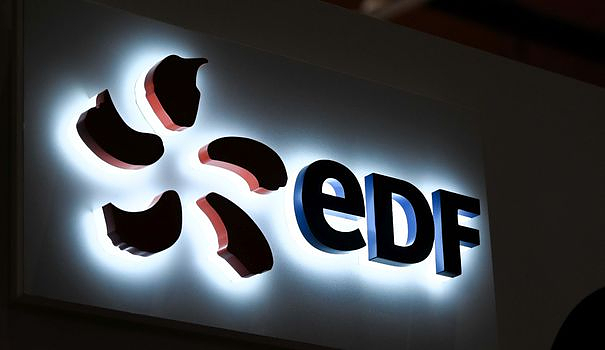 The State, which today owns 84% ​​of EDF, filed its draft simplified takeover bid (OPA) on Tuesday with the Autorité des marchés financiers (AMF), the first step in the process to withdraw EDF from the stock market, 17 years after its opening of the capital.

"This development will enable EDF to strengthen its ability to carry out ambitious and essential projects as soon as possible for France's energy future," the Ministry of the Economy said in a press release.

The government had formalized in mid-July its desire to control 100% of the French energy company, a process which was to begin in early September but which has been delayed.

The operation aims to buy back from the other shareholders the 16% of the capital that the State does not hold, at a price of 12 euros per share.

This renationalization constitutes a symbolic step and a "prerequisite" for the State which wants to build six new generation EPR nuclear reactors, with an option for eight others, and while a new CEO has been chosen by Emmanuel Macron to direct and straighten out the group, Luc Rémont, whose appointment has yet to be approved by Parliament.

This return to the bosom of the State must make it possible to "be able to plan and invest in the very long term", underlines Bercy in its press release.

"Major nuclear projects will commit the company to very long-term investment trajectories with returns that will be expected over time horizons that do not seem compatible with maintaining the company on the listed market and the expectations in the shorter term of the minority shareholders", it was indicated to Bercy.

For a group whose debt will reach the record amount of 60 billion euros at the end of the year, the renationalisation also aims to send a signal of confidence and to "reinforce the credibility of the support of the State" vis-à-vis -vis debt investors, believes Bercy.

EDF's financial situation is weighed down both by the collapse of its electricity production, a consequence of the unavailability of part of its nuclear fleet due to corrosion problems and scheduled maintenance, but also by the application the tariff shield, which protects the French from excessive increases in the price of energy.

Despite these difficulties, "the question of reinjecting funds into the company is not relevant", said Bercy.

Between scheduled maintenance operations and shutdowns related to this subject of corrosion, EDF's electricity production should fall for 2022 to a historic low of 280 terawatt hours.

One of the priority projects of the new boss of EDF will also be to put a maximum of nuclear reactors back into service before the end of February, while the European energy crisis is fearing cuts.

Engaged in a marathon for the winter, EDF announced Tuesday that the repairs of three nuclear reactors affected by the phenomenon of stress corrosion were completed; sections of piping were cut out and refitted. They will be able to restart as planned by the end of November.

The renationalisation must now be approved by the stock market regulator, the AMF, after in particular the opinion of an independent expert, who has a minimum of 20 days to decide.

Unless appealed, the AMF's decision is expected on November 8, for an opening of the offer on November 10 before an expected closing on December 8.

The State-shareholder hopes to obtain, at the closing of the OPA, 90% of the capital, the threshold from which a compulsory withdrawal procedure from the Stock Exchange can be launched to recover securities.