The State Attorney admitted that the decision on cleaning Palomares was "unnecessary".

The Supreme Court (TS), as the State Lawyer, has accepted that the royal decree of emergency measures in the face of war in Ukraine renders it "imperative" to rule on the appeal in which Ecologists in Action requests that the Nuclear Safety Council (CSN) set a deadline for the cleanup of radioactivity in Palomares, Almeria. 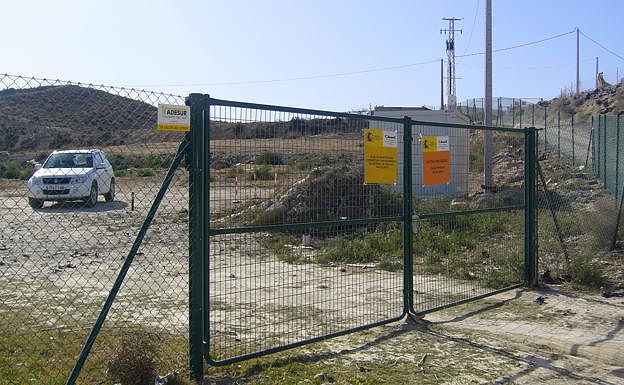 The Supreme Court (TS), as the State Lawyer, has accepted that the royal decree of emergency measures in the face of war in Ukraine renders it "imperative" to rule on the appeal in which Ecologists in Action requests that the Nuclear Safety Council (CSN) set a deadline for the cleanup of radioactivity in Palomares, Almeria. This is because it "undoubtedly clarifies", that it is the Government through the Ministry of Ecological Transition that has this competence.

He maintains that "it is obvious that if there was any doubt about the CSN’s incompetence to adopt these decontamination steps and set a date for them, then the regulatory amendment would remove them all, making it even more apparent and making the interpretive performance unnecessary".

According to the State Attorney, the anti-crisis decree "ratifies” that the authority to "impose contamination activities is not, nor was it ever, the CSN." He emphasizes that "facing the future, undoubtedly clarifies this issue, giving it undoubted legal certainty.

In response to Ecologists in Action's brief, which warned the Supreme Court about a "master maneuver" that they wanted to "make us lose" by threatening to delay for several decades the cleanup of more than 40 hectares with plutonium or americium, the court acknowledged the influence of the litigation, pending the ruling.

According to the State Attorney, the new law states that the Government (through the Ministry for the Ecological Transition, the Demographic Challenge, and following a Nuclear Safety Council report) declares soil or land radiologically contaminated. The "Government" will determine whether it is necessary to take actions to restore the soil or land, and establish the terms, conditions, and deadlines for them.

He assures however that the modification is not "obvious" and that it clarifies and orders what steps are to be taken to decontaminate Palomares. However, it does nothing to alter the fundamental nature of the facility that radioactive waste can store.

"Now, simply, the modification clarifies that the powers are exercised through a specific ministry, regulating it in a more detailed way, so the important thing is that since the approval of the RDL there is no longer a need to make any normative interpretation," he reiterates to insist, in the same line maintained throughout the contentious-administrative procedure and endorsed by the National High Court, that the CSN "never had the power to order restoration executions or impose deadlines."

He also stated that this is "precisely in the benefit of the objective sought by the group Ecologists in Action", which initiated these actions in 2017.

"It has always extended resources to a generalized complain about the alleged neglect by the Palomares position derived from the declaration de lack of competence made to the CSN to acces what it claims," states the State Attorney. It concludes that the law allows the conservationist collective to "assert before the competent body all of its petitions, which could give rise to the necessary resources, where appropriate."

Ecologists in Action have already announced "judicial actions" in order to clean up radioactivity in Palomares. They gave up the lawsuit, and presented to the CSN, in April, a letter in which he urged it to request information about Palomares from Miteco.

It also requests that the ministry, in accordance with section 1 and 2 of the Nuclear Energy Law, request a report about the condition of Palomares' contaminated soil. In compliance with article 38 Ter 4, it sends a radiologically contaminated Palomares soils report or places restrictions on their use.

In July 2021, the National Court rejected the claims of Ecologists-in-Action with two separate votes. It considered that the Nuclear Safety Council was not the appropriate body to address the matter. On the other hand, two magistrates ruled that the CSN had to have completed the rehabilitation and set a reasonable deadline.

Spain was required to inform the European Commission of progress made regarding the "definitive cleaning plan" by which the soil contaminated must be "eliminated" and stored in a "long-term storage facility."

The Rehabilitation Plan and cleaning of the land were recommended by the EC a decade ago, especially in zone 2, 3, and 6, "to avoid unacceptable radiological risks" and "taking into consideration the very long half-lifeof the contaminants>>>> found there.

According to the report, there was a high level of contamination in the affected areas.

‹ ›
Keywords:
AbogaciaEstadoAdmiteInnecesarioFalloSobreLimpiezaPalomares
Your comment has been forwarded to the administrator for approval.×
Warning! Will constitute a criminal offense, illegal, threatening, offensive, insulting and swearing, derogatory, defamatory, vulgar, pornographic, indecent, personality rights, damaging or similar nature in the nature of all kinds of financial content, legal, criminal and administrative responsibility for the content of the sender member / members are belong.
Related News