Michel Pinçon, 80, former director of research at the CNRS, died Monday at the Broca hospital in Paris, after being affected by Alzheimer's disease, said Monique Pinçon-Charlot, 76. 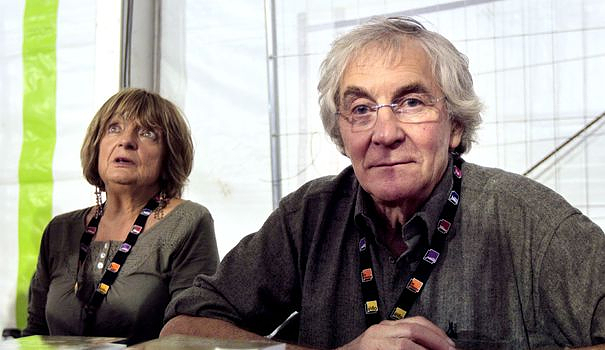 Michel Pinçon, 80, former director of research at the CNRS, died Monday at the Broca hospital in Paris, after being affected by Alzheimer's disease, said Monique Pinçon-Charlot, 76.

Most of his work was written in collaboration with her. "I always say that we wrote 27 books with four hands," she told AFP.

Their reference works are called "In the beautiful neighborhoods" (Seuil, 1989) or "Les Ghettos du gotha" (Seuil, 2007).

He had first published two books on popular circles, including one in 1982 ("Cohabiter") at the end of a long investigation in immersion in a housing estate in the suburbs of Nantes.

Then, noting the disinterest of their sociologist colleagues for the most privileged, the couple had chosen to immerse themselves in the life of wealthy families. Thanks to the intervention of a colleague from this social class, Paul Rendu, they were able to conduct interviews in this environment and share a little of the life of the very rich, of whom they were extremely critical.

"Living for the most part in their neighborhoods and in protected areas, the privileged classes have little contact with other social groups", write the authors of "In the beautiful neighborhoods".

Since their retirement in 2007 and the abandonment of their reserve obligation, the Pinçon-Charlots have taken positions that are sometimes strongly criticized, especially for taxation of the rich.

Born May 18, 1942 in Lonny, a village in the Ardennes, Michel Pinçon grew up in a working-class family.

"He was passionate, inhabited by sociology since his childhood, with his working-class origin from the Meuse valley, and his attachment to the welfare state which gave children like him the opportunity to study," explained his wife.

They met in 1965 during their studies in Lille. "It was a mutual love at first sight, between two lame people who had inverted class neuroses", commented Monique Pinçon-Charlot, who is of bourgeois origin, daughter of a magistrate.

Fascinated by the sociology of Pierre Bourdieu, who was their professor at the University of Lille, they had a long career as researchers from the 1970s.

"Michel has always been inhabited by this desire to understand injustices, whether social, economic, and above all symbolic, those from which he himself suffered the most", explained his wife.

"A thousand and one thanks for all that they have given us in terms of understanding the world and the will to fight the one that the rich have appropriated", launched on Twitter the leader of La France insoumise, Jean-Luc Melenchon.

The national secretary of the Communist Party Fabien Roussel paid "homage to this fellow traveler, a great sociologist, who never ceased, with Monique, to decipher the relationship of domination in all its forms".

"Michel Pinçon has never pretended to be neutral," wrote the socialist mayor of Marseille, Benoît Payan. 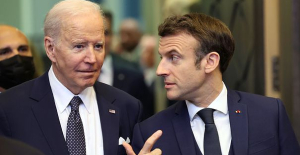 Macron's trip to Washington: "The objective...