Analyses by the Center for Analysis and Diagnosis of Wild Fauna have shown that deer in Sierra de Baza Natural Park died from severe pulmonary congestion. 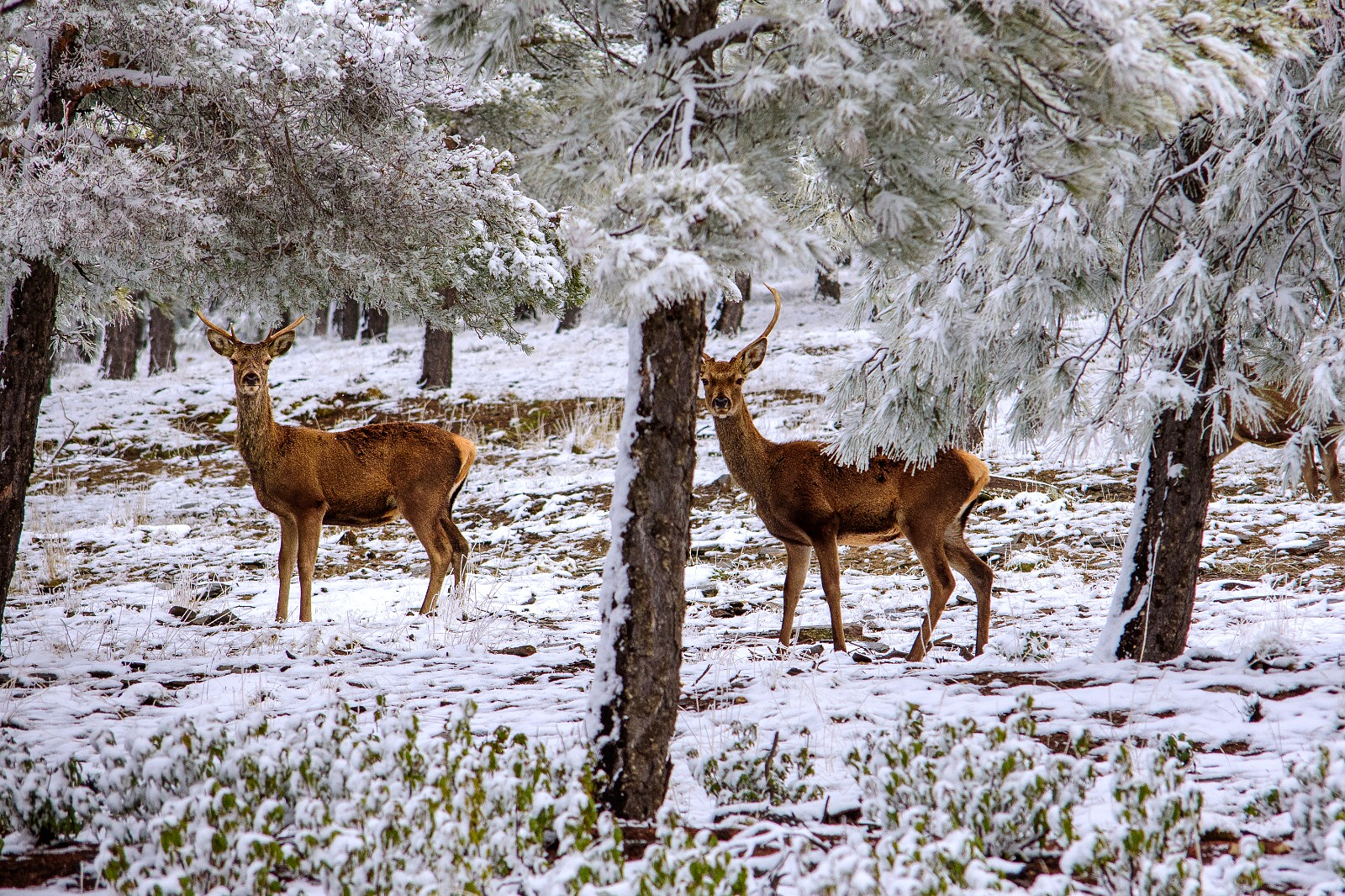 Analyses by the Center for Analysis and Diagnosis of Wild Fauna have shown that deer in Sierra de Baza Natural Park died from severe pulmonary congestion. This agent, formerly Pasteurella haemolyticala was found in animals' respiratory tracts and can lead to their death.

This is how the abrupt changes in weather conditions in the area during the second fortnight March, with heavy rain episodes -400 liters/square meter between March 21- 25- following a drought and a severe The drop in temperatures that covered a portion of the protected area in snow, would have created a stress situation in these ungulates, which would have triggered the disease and their death.

It was actually March 26, when the natural park management received the first deer carcass reports. This activated the Protocol for Action in case of wildlife health emergencies. This protocol is part the Epidemiological Monitoring Program for Wild Fauna of Andalusia. It aims to detect the appearance of diseases and determine their prevalence.

The protocol was activated and the remains of 84 deer were found and recorded in the park. There is no pattern to the data and the incidence is lower in the area that is south-southwest. The Directorate of the Sierra de Baza Natural Park decided to increase the summer censuses to equalize them with those of autumn to determine the true incidence of deer.

Today, the Territorial Delegation for Sustainable Development of Granada highlighted the transparency with which pasteurellosis cases in the Sierra de Baza have been managed. This episode is not the first in Andalusia. In particular, there was an outbreak that killed more than 400 specimens in Cadiz in 2007.

Manuel Francisco Garcia, the territorial delegate has explained that the remains of the victim were sent to the CAD at the end of March for analysis. In parallel, the Directorate of the Sierra de Baza Natural Park also informed the members of the Governing Board. They will now have exact information from the censuses conducted in the protected area in order to determine the true incidence of this episode of pasteurellosis.

The Territorial Delegation received the report, which included the results of the CAD analyses. It was studied and the public has been informed. These analyses confirm that these deer died from no disease other than bluetongue or brucellosis.

‹ ›
Keywords:
MortandadCiervosSierraBazaDebeCongestionPulmonarSevera
Your comment has been forwarded to the administrator for approval.×
Warning! Will constitute a criminal offense, illegal, threatening, offensive, insulting and swearing, derogatory, defamatory, vulgar, pornographic, indecent, personality rights, damaging or similar nature in the nature of all kinds of financial content, legal, criminal and administrative responsibility for the content of the sender member / members are belong.
Related News