The Senate votes its version of the Social Security budget, with pension reform 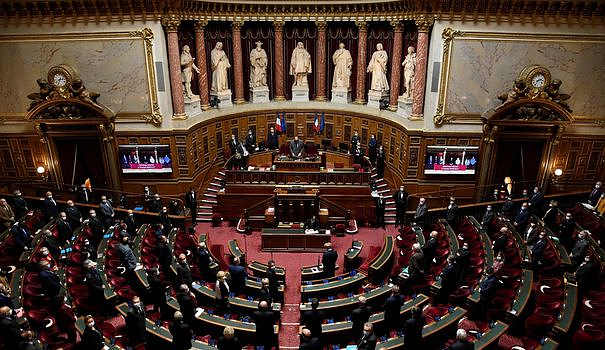 The vote was acquired by 193 votes "for", 102 "against" and 46 abstentions. But the significant changes made by the senators will certainly not be retained in the end by the government, using Article 49.3 of the Constitution before the National Assembly.

This Social Security financing bill (PLFSS) anticipates a sharp drop in the deficit to 7.2 billion euros in 2023 (17.8 billion this year), thanks to the melting of the bill linked to Covid-19 .

The senatorial majority wished "to provide solutions where the government hesitates and struggles to reform the country", judged the LR group.

Constant on this file for several years, the Senate voted a pension reform preceded by a period of negotiations which should take into account hardship, long careers and employment of seniors. In the event of failure, the right provides for an extension of the contribution period, and the gradual postponement from 62 to 64 years of the legal age of departure.

If the government will not retain this device in the PLFSS, the Minister of Public Accounts Gabriel Attal saw in it the possibility of "finding a majority" to have the reform adopted in early 2023 by the executive.

The senatorial majority has also rewritten in its own way the establishment of a fourth year of internship in general medicine, in priority in the medical deserts.

- After social security, the state budget -

Among the other modified sensitive points, the Senate opposed the controversial project to transfer the collection of contributions from the Agirc-Arrco supplementary pension plan to Urssaf.

He voted for an "exceptional contribution" from medical analysis laboratories to the tune of 250 million euros, presented as "fairer" than the savings that the government still intends to impose on them, despite a massive strike movement.

"The Ondam cannot remain such a black box any longer", argued the LR president of the Social Affairs Committee Catherine Deroche, saying her weariness "of having to beg for figures which are nevertheless due to us".

The centrist Olivier Henno said he wanted to "testify to the fragility of our health system and the urgency of debating a major health law". For Bernard Fialaire (RDSE with a radical majority), the draft budget "is closer to a compression to contain a haemorrhage than to a global management of the disease".

The left voted against a text which, according to Bernard Jomier (PS), obeys "an accounting logic" and "does not provide anything to respond to the collapse of our hospital system". Laurence Cohen (CRCE with a communist majority) castigated "the ideological proximity of the senatorial majority with the government", which "borders on duplicity".

From Thursday, the Senate will embark on the examination at first reading of the draft state budget for 2023, in a version remodeled by the government after also using 49.3 in the Assembly.

Based on optimistic economic assumptions, this draft budget plays a balancing act between the desire to "protect" the French against soaring energy prices and the hope of not increasing the debt.

The course set is to contain the public deficit at 5% of GDP, despite measures such as the "tariff shield" of 45 billion euros to limit increases in regulated gas and electricity prices to 15%, an increase teachers or the creation of more than 10,000 civil servant posts, including 3,000 police and gendarmes.

The Chamber of Territories will pay particular attention to measures concerning communities. The general rapporteur Jean-François Husson (LR) will propose to postpone by one year the planned abolition of the CVAE, a tax on companies, "in particular to establish a compensation system".

Within the senatorial majority, the centrist group will again propose the establishment of an “exceptional solidarity contribution on superprofits”.