Of course, the others were to blame – at least according to information from Moscow. 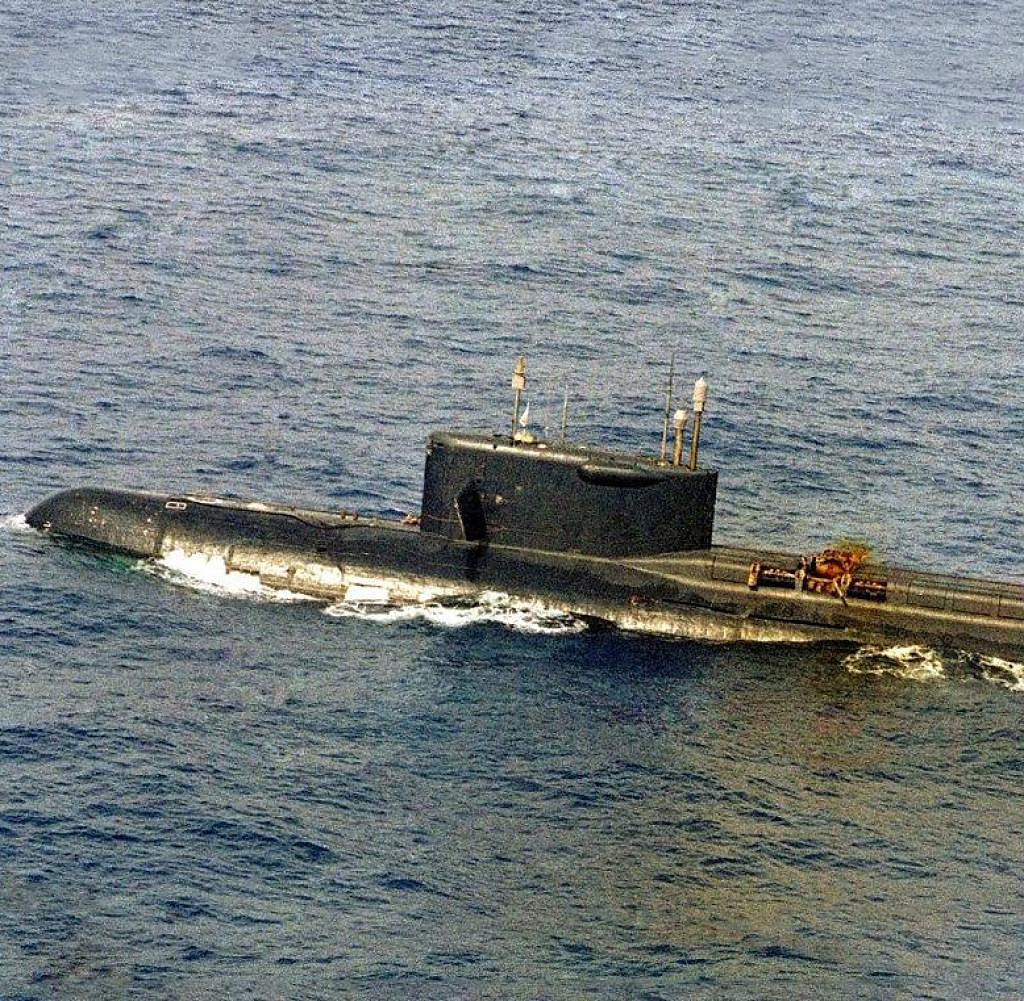 Of course, the others were to blame – at least according to information from Moscow. When the wrecked Soviet submarine K-219 sank almost 1,800 kilometers east of the Bermuda Islands on October 6, 1986, the Red Fleet's high command reported that a collision with the USS Augusta fighter submarine was the cause . However, both Captain Igor Britanov, the last commander of K-219, his first officer Igor Kurdin and submarine expert Wayne Grasdock (US Navy) repeatedly denied this.

What happened? At approximately 5:14 a.m. on Friday, October 3, 1986, two K-219 officers spotted water under the submarine's No. 6 missile tube, the third tube on the port side as viewed from the bow. Not only was it a puddle, but it kept dripping, even becoming a stream of water, as the two men took a closer look at the pipe. K-219 had a leak.

According to the log book, Commander Britanow then ordered the ascent to a depth of 40 meters at 5:25 a.m. in order to reduce the water pressure so that a pump could empty the rocket tube. But at 5:32 a.m. the pipe began to smoke - obviously the fuel from the R-27 rockets (NATO code: SS-N-6) had reacted with water. The ship's command then sounded the accident alarm, but it was too late: At 5:38 a.m., pipe no. 6 exploded.

Two sailors who had helped with the damage control were killed immediately, another was so badly poisoned by the gases from the explosion that he died shortly afterwards. Water rushed into the submarine through a leak in the hull, causing it to quickly sink from 40 to 350 meters. Only here, close to the maximum operational depth, could Britanov intercept K-219 by emptying diving tanks; the part of the boat with the leak had been hermetically sealed off, and water that had entered was being pumped out from other compartments. Shortly thereafter, he initiated the emergency emergence.

However, about 25 crew members were locked in an automatically closed part of the boat and separated from the rest of the crew. Britanov allowed the bulkhead to be opened and brought them to the other men, around 85 men.

The two nuclear reactors on the VM-4 boat should have switched off automatically when the accident alarm sounded - but they kept running. The reactor engineer failed to control nuclear fission. This threatened a core meltdown on board K-219, i.e. a similar process to that at the Chernobyl nuclear power plant in Ukraine almost six months earlier. There had been a huge explosion with subsequent contamination of the surrounding area.

A young sailor, Sergei Preminin, volunteered to go into the reactor compartment with a respirator and turn off the two VM-4s there. He succeeded, but when he tried to exit the reactor chamber, he was unable to open the bulkhead due to a pressure differential with the rest of the boat. Preminin died in the hot reactor chamber.

K-219 drifted southeast. US Navy aircraft kept an eye on the wrecked boat and photographed it. Captain Britanov was deposed by radio from Moscow and the security officer was appointed the new commander. He was supposed to bring the crew, who had meanwhile been evacuated on board a Soviet freighter that had rushed up, back to the submarine and walk to Murmansk on the surface. Given the poisoning of the interior, a suicide mission.

Before that happened, the boat sank. As the last officer, Igor Britanov left K-219; so rumors arose that the captain might have lent a hand. The wreck sank to a depth of about 6000 meters - and with it all the nuclear weapons. Apart from the three direct victims of the explosion itself and Preminin, the remaining crew members survived.

Back in the USSR, Britanov was charged with negligence, sabotage and treason. However, he remained at large instead of being imprisoned. In the course of Mikhail Gorbachev's reform policy, the previous Defense Minister Sergei Sokolov, an opponent of Glasnot and perestroika, was deposed after the Moscow flight of the German Mathias Rust on May 30, 1987. The authorities then dropped the case against Britanov.

No one was ever able to determine the exact causes of the K-219 accident. What is certain is that even before October 3, 1986, a rocket launch tube had leaked, whereupon there had been a (smaller) explosion caused by the reaction of seawater with the liquid fuel of the R-27; this pipe was then permanently sealed. The cause was probably carelessness in maintenance and perhaps also material fatigue.

A collision with the USS "Augusta", which had in fact pursued K-219 and remained in the immediate vicinity during the almost three days between surfacing and sinking, could not have caused either the first or the second, fatal damage. When U-boats collided with each other - which happened again and again - then other defects resulted.

However, the lie that the USS Augusta and K-219 collided as the cause of the accident had a tiny kernel of truth. In fact, in October 1986, the US fighter and a Soviet boat collided in a dangerous underwater game. It was probably K-279, the lead ship of the somewhat newer Delta class (K-219 was the 24th Yankee-class boat by date of commissioning); in any case, this boat returned to Murmansk with a bow pushed in to starboard.

‹ ›
Keywords:
UBootJägerUBooteKalter KriegUBootUnfälleUBootAbwehrIgor BritanowAtlantikUS NavyUSAMurmanskMoskauExplosionUSS AugustaRote FlotteWayne GrasdockBermudaInselIgor KurdinGeschichteFacebook
Your comment has been forwarded to the administrator for approval.×
Warning! Will constitute a criminal offense, illegal, threatening, offensive, insulting and swearing, derogatory, defamatory, vulgar, pornographic, indecent, personality rights, damaging or similar nature in the nature of all kinds of financial content, legal, criminal and administrative responsibility for the content of the sender member / members are belong.
Related News