The Russians struck by the partial mobilization: "I am in shock"

It's a Telegram group [the equivalent of WhatsApp] like there are hundreds of thousands in Russia, and in which a dozen thirtysomethings exchange news, jokes or articles. 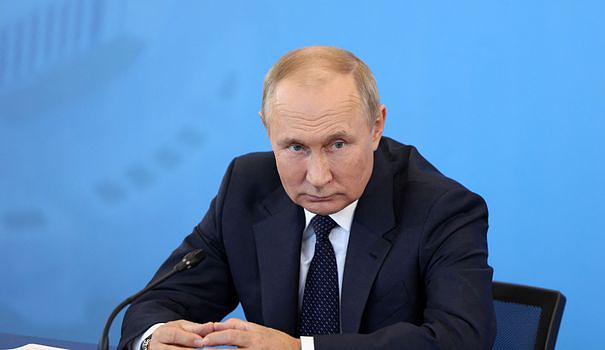 It's a Telegram group [the equivalent of WhatsApp] like there are hundreds of thousands in Russia, and in which a dozen thirtysomethings exchange news, jokes or articles. But this Wednesday morning, when Russian President Vladimir Putin has just announced the "partial" mobilization of the population, the messages have changed in tone. “I am in shock,” writes Olga. "Can you be called?" she asks Maxime. "Yes," he replies simply. "Oh damn..." This morning, Maxime woke up to be mobilized, like the other young men in this Telegram group, and like all those in the country.

Across Russia, panic is growing. Men under sixty frantically check their "voienny bilet", the military card given to each Russian at the end of his service, and which determines his status. We ask ourselves: what, exactly, is this "reserve" which Putin has announced the mobilization? Is it all men who have completed their military service, in other words everyone? The mobilization order is written in terms so vague that it is impossible to interpret, opening the door to arbitrary recruiters.

"It will be a partial mobilization as this war is a special military operation", creaks a Russian surfer on Twitter. Understood: it is a disguised general mobilization. Already, on social networks, we share images of soldiers randomly grabbing men in the street. Pavel Chikov, director of the officially banned Agora lawyers association, has already posted a list of legal exemptions from military service online. Google searches for “how to break your arm” are skyrocketing. The information site Meduza publishes a list of associations helping to avoid conscription. And, at the Finnish border, the last land crossing to Europe open to Russians, the queue of cars stretched, Wednesday afternoon, for 35 kilometers.

"What if we clubbed together to pay for a ticket for Maxime and the other boys?", Vera offers on Telegram. The group of friends immediately starts looking for departure and accommodation solutions abroad. As at the end of February, when rumors of a possible general mobilization had, for the first time, caused fear in Russia, flights to countries accessible without a visa are taken by storm. At the beginning of the afternoon on Wednesday, there were no more tickets available to Tbilisi, Yerevan, Istanbul, Baku, Tashkent... the last places for Dubai are snapped up at astronomical prices, some tickets exceed one million rubles ( around 14,000 euros).

It would still be necessary to be able to leave the country. On this subject also, the confusion is complete. At the beginning of the afternoon on Wednesday, Andrei Kartapolov, chairman of the defense committee in the Russian parliament, "advised against" doing so. At the same time, a representative of Vladimir Putin's "human rights council" declared that "legally, [the mobilized men] can leave", as long as they have not directly received a mobilization order. But already last March, many men had been prevented without the slightest legal basis from boarding planes for foreign countries. Completely disillusioned, many people in Russia recall the little credit to be given to the word of a government which, just a week ago, assured that mobilization was "not on the agenda" ...

Improvised demonstrations against the partial mobilization also took place on Wednesday in at least 22 cities in Russia. According to OVD-Info, an organization specializing in counting arrests, at least 268 people were arrested across the country following these demonstrations.