Spending Christmas in Germany while war is raging in your home country "is of course not easy for everyone who has a heart and soul connected to Ukraine, even if they are safe and warm in northern Germany," said Iryna Tybinka , Consul General of Ukraine in Hamburg. 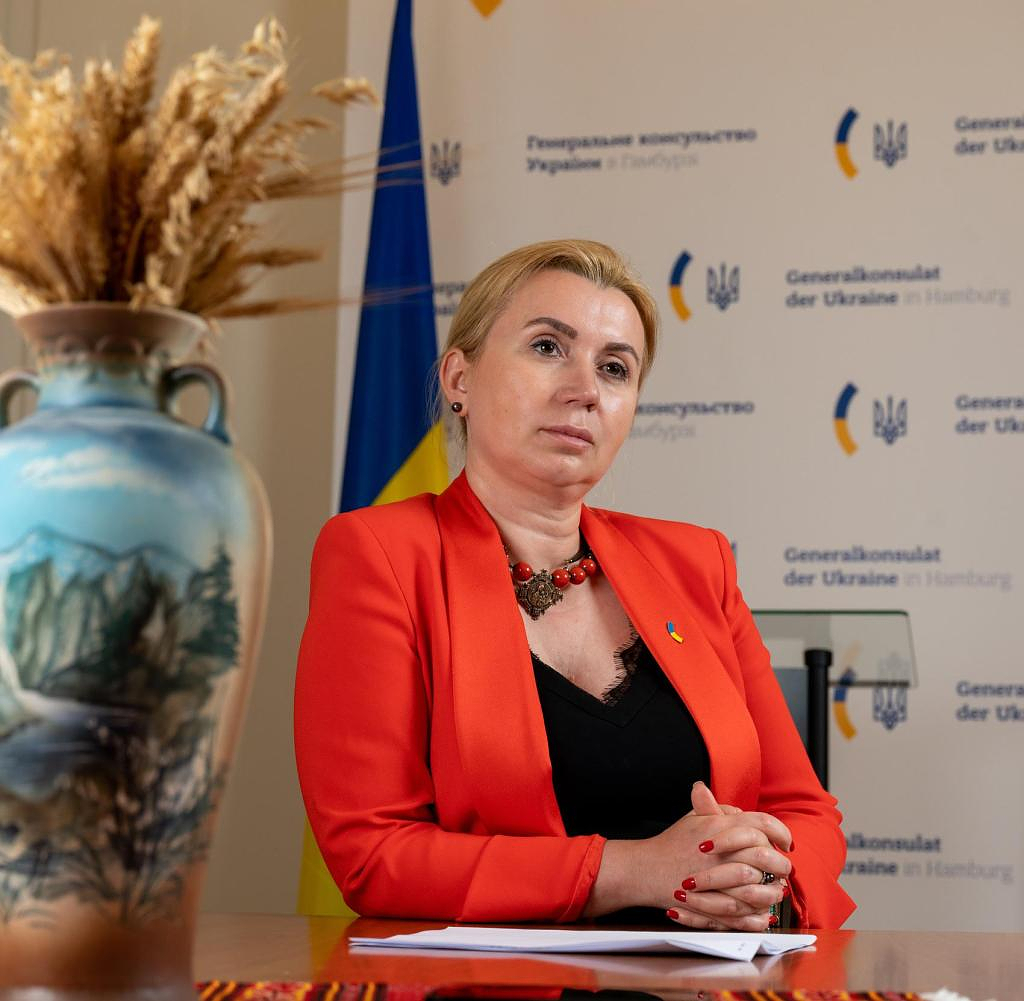 Spending Christmas in Germany while war is raging in your home country "is of course not easy for everyone who has a heart and soul connected to Ukraine, even if they are safe and warm in northern Germany," said Iryna Tybinka , Consul General of Ukraine in Hamburg. According to Tybinka, the Russian war has already stolen spring and Easter, summer and autumn from the Ukrainians. "Now the Russians are doing everything they can to rob Ukraine of the feeling of comfort and warmth over the Christmas holidays."

This year's Christmas celebration has a "smack of war and sadness." But this special holiday is also “about hope, faith and love, about the fact that good will always triumph over evil,” said the Consul General. Therefore, despite all the pain and sorrow, Ukrainians in northern Germany would celebrate Christmas, Tybinka said. “For the sake of the children who need positive feelings and normalcy. For the benefit of those fighting against the absolute evil in Ukraine.”

Although Orthodox Christmas is actually celebrated on January 6th and 7th, in view of the war, more and more Ukrainian parishes are beginning to celebrate Christmas "together with the majority of the democratic world - on December 24th and 25th," says Tybinka. In this way, people showed that they do not want to have anything in common with the so-called "Russian world".

Christmas is her favorite holiday, Tybinka said, and Christmas traditions in Ukraine are rich and diverse. "It is a special, happy, bright family celebration filled with hope, love, fun and song," said the Consul General. On Christmas Eve, the whole family gathers around a large table "on which are twelve traditional dishes". The main course is kutia, boiled wheat with poppy seeds, honey and dried fruits. And on Christmas Eve and Christmas Day the carol singers go from house to house.

Tybinka is sure that many Ukrainians seeking protection will be in the Christmas spirit thanks to German initiatives and projects "that organize a party especially for them, prepare gifts and carry out aid campaigns". She thanks everyone "who in one way or another supports the spirit of Christmas in the souls of Ukrainians". Better than hearing about Christmas in the Ukraine, though, is experiencing the festival there in peace. "It will be an unforgettable, positive experience."

In an interview with WELT AM SONNTAG, Tybinka recently gave an insight into her private life: "I almost always call my parents first in the morning, in the evening it's my last call. Because of the power outages, I sent them a solar panel, they also have a generator. So there is a connection, thank goodness. It was scary when I recently heard from my mother that she saw a Russian rocket flying in the sky. But that's our current reality," she said. Over the course of the year, she noticed a change of heart in many Germans: “Germany has changed and, in my opinion, put the rose-colored glasses on Russia. That was also an important step.”

‹ ›
Keywords:
UkraineHamburgLauterbachJörnRusslandTexttospeechIryna TybinkaNorddeutschlandGeneralkonsulinWeihnachtenUkrainerinnenKriegMusik
Your comment has been forwarded to the administrator for approval.×
Warning! Will constitute a criminal offense, illegal, threatening, offensive, insulting and swearing, derogatory, defamatory, vulgar, pornographic, indecent, personality rights, damaging or similar nature in the nature of all kinds of financial content, legal, criminal and administrative responsibility for the content of the sender member / members are belong.
Related News