For more than 20 years, German politicians have been trying to win over mosque associations for a constitutional Islam that is independent of foreign countries - with German imams, Islamic religious education in schools and trustworthy contacts. 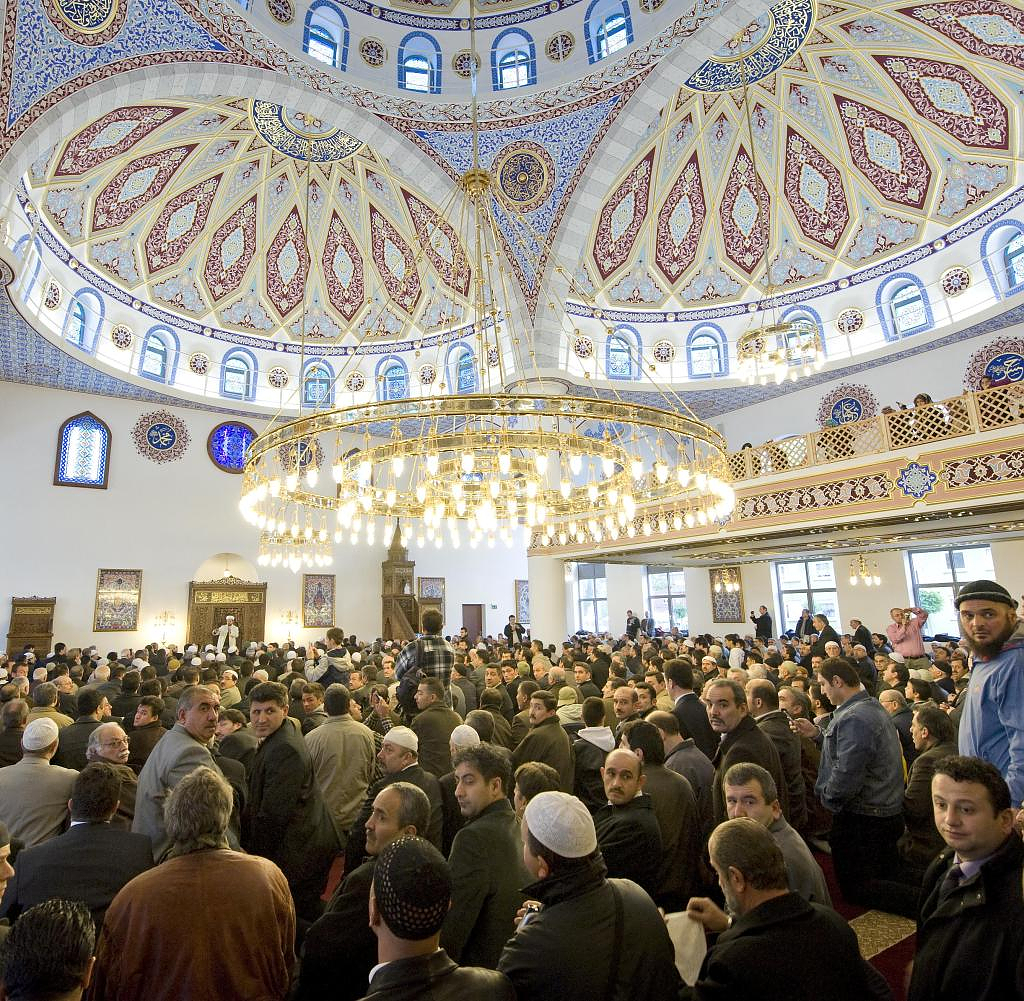 For more than 20 years, German politicians have been trying to win over mosque associations for a constitutional Islam that is independent of foreign countries - with German imams, Islamic religious education in schools and trustworthy contacts.

But many large associations are still pursuing a different agenda because they are Islamist, Turkish nationalist or Erdoganist. And so the naturalization of Islam falters. Religious instruction in North Rhine-Westphalia is languishing, the prayer leaders in local mosques continue to come mostly from abroad. And the relationship between politicians and Muslim associations is often marked by distrust.

All of that can be changed, says Düsseldorf Islamic scholar Michael Kiefer. To do this, the German state would only have to "end the dependence of local Muslims on questionable financiers abroad by offering moderate mosque communities long-term financing". So far, only individual social projects have been subsidized by associations for a limited period of time.

Only when that changes, says Kiefer to WELT, "would the often financially weak mosque communities be able to break away from Islamist or nationalist influence from Ankara or Qatar". And only then could they also dare to leave associations controlled from abroad. Because then, for example, they would no longer be dependent on imported imams whose salaries are paid from abroad, mostly by the Turkish state.

Kiefer has now developed this proposal in the book "Islampolitik in Deutschland" (published by the Federal Agency for Civic Education). Kiefer teaches at universities (currently at the University of Osnabrück) and works in a Düsseldorf integration project for Muslims. For decades he has been equally well versed in theory and practice and also advises politicians. So his word carries weight. He is now appealing to the federal government and the federal states primarily responsible for Islam policy to buy moderate mosque communities out of sinister financiers, that is, to literally pay a ransom for them.

With this, Kiefer is taking up a proposal that the CDU politician Jens Spahn came up with in 2017. He too had called for the training of imams and pastors to be co-financed with taxpayers' money. "I'd rather we finance it than the money coming from Turkey or Saudi Arabia," said Spahn at the time. But there was no support from the CDU leadership, and the debate petered out. Now she is back. According to Kiefer, the federal and state governments should set up a foundation for financing, staffed by experts who are loyal to the constitution and independent from abroad.

Above all, it would cover half of the costs for hiring imams, pastors and social workers in mosques who were trained in Germany. Which would be in the interests of the country. The black-green coalition agreement affirms: “German-speaking imams who support the values ​​of the Basic Law and are independent of foreign governments are required for the integration of Islam. That's why we need German-language training for imams at a state university in North Rhine-Westphalia."

The country has been pursuing this goal since 2017, because even then up to 80 percent of the imams were brought from abroad. But there were hardly any interested parties for the planned imams from North Rhine-Westphalia. Large associations such as Ditib or Milli Görüs rejected this. And smaller associations usually lacked the money to employ such imams at their own expense. The foundation would remedy that.

In addition to reform groups such as the Liberal-Islamic Association or Sufi communities, many moderate-conservative local communities, for example from the Malikite community in Germany, could benefit from this, as well as some mosques of the staunchly conservative (but neither Islamist nor radical nationalist) Association of Islamic Cultural Centers (VIKZ), as Kiefer believes . And finally, individual mosque communities could also be financed, whose umbrella organizations are all viewed critically by politicians, such as the Turkish state Ditib.

But only if these local communities do without foreign imams and foreign financing and break with the line of their associations. Under no circumstances should entire associations be financed, nor should mosques, which the Office for the Protection of the Constitution classify as Islamist and nationalist.

However, skeptics like Eren Güvercin of the Muslim intellectual group Alhambra Society warn against the assumption that mosque communities can be bought out of large associations. Municipalities of large associations “cannot be reached with such a foundation structure,” explains Güvercin, who himself has often criticized the large mosque associations. "The attitude of these associations is: either the German state gives us the money directly - or we boycott these initiatives with the argument that the state interferes in internal Muslim affairs".

There is something else that irritates Güvercin about the idea of ​​the foundation: "This would violate the religious neutrality of the state. The influence of the Turkish religious authority Diyanet cannot be counteracted with any other kind of 'religious authority'. Keeping religions remote from the state is an important basic principle of our constitution. This should not be softened by foundation constructions. We don't need a 'German Diyanet'".

To explain: Diyanet is the Turkish state religious authority that finances most of the imams in Germany and shapes the course of the Ditib mosques. When asked by this newspaper, the responsible NRW Ministry of Science also said that “in view of the separation of church and state, the financing of religious personnel is the responsibility of the religious communities”.

But "the religious neutrality of the state is de facto not far off," counters Islamic scholar Kiefer. "For 200 years, the churches have received state benefits, currently around 590 million euros per year." The two large churches receive these grants as compensation for expropriations that they once suffered under Napoleon. "This money also comes from Muslim taxpayers," says Kiefer.

It is an imperative of equal rights to also support Muslims financially. If the churches received 590 million euros with a Christian population of around 55 percent, Kiefer calculates, with a Muslim population of five to six percent that would result in around 40 million euros per year. Many an imam from Germany could be paid with that.

Muslims in NRWNorth Rhine-Westphalia is home to 31.8 percent of all Muslims in the republic. With 5.3 to 5.6 million Muslims in Germany, this corresponds to a good 1.8 million people. The Federal Office for Migration and Refugees (BAMF) published the figures in its 2020 study "Muslim Life in Germany". According to this, no other federal state has more Muslims - neither in absolute numbers nor as a percentage of the total population.

‹ ›
Keywords:
NordrheinWestfalenMuslimeIslamKieferMichaelDITIB (TürkischIslamische Union Der Anstalt Für Religion)SpahnJensGüvercinEren
Your comment has been forwarded to the administrator for approval.×
Warning! Will constitute a criminal offense, illegal, threatening, offensive, insulting and swearing, derogatory, defamatory, vulgar, pornographic, indecent, personality rights, damaging or similar nature in the nature of all kinds of financial content, legal, criminal and administrative responsibility for the content of the sender member / members are belong.
Related News