The reintegration of unvaccinated firefighters, the last fight of antivax

They were hardly talked about anymore. 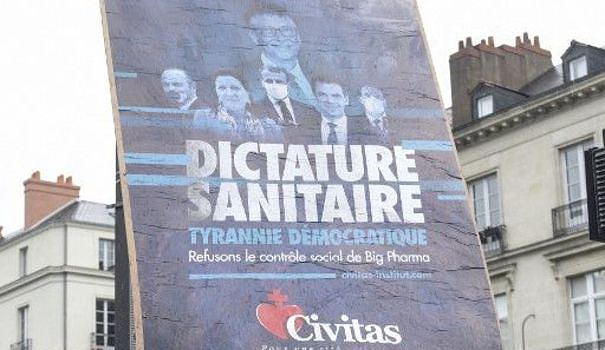 They were hardly talked about anymore. During a scorching summer when purchasing power concerns were overtaken by ecological challenges with global warming, antivax found new impetus to make themselves heard. Faced with the drought which is raging in particular in the south-east of France, the protesters are calling for the reinstatement of unvaccinated firefighters. Mobilized for several weeks to contain the outbreak of fire both in the Landes and in Brittany, the firefighters are suffering.

“This is an extremely important civic message. We are coming to a time of fatigue for the firefighters”, alerted the Minister of the Interior Gérald Darmanin, Wednesday August 10, during a trip to Aveyron. He called on companies to release volunteer firefighters. No message, however, to the address of the non-vaccinated troops. Despite the needs since a call for recruitment of 50,000 new firefighters has been launched by the National Federation of Firefighters of France.

Voices are being raised to challenge this decision and demand an end to the suspension of non-vaccinated people. Especially in the National Assembly. Several LR deputies, including their group president Olivier Marleix, have thus requested their reinstatement, followed by the president of the RN, Jordan Bardella, as well as by the leader of the LFI deputies, Mathilde Panot. A measure deemed anecdotal or even display, according to the representative of the firefighters, Grégory Allione, on the antenna of RMC.

The proportion of non-vaccinated is "infinitesimal", he specified, assuring that "less than 2% of the workforce on volunteer firefighters" had chosen not to receive a dose against Covid-19. This concerns 200 professional firefighters throughout the territory. The spokesperson also recalled the attachment of his profession to science: "The National Federation is for vaccination. We had the same problem in the 1990s, when we were forced to vaccinate ourselves against hepatitis B. A certain number of colleagues, and everything is respectable, did not wish to be vaccinated against hepatitis B. This does not mean that we did not continue the emergency relief mission to the people."

Enough to enrage the antivax who are unleashed on another representative of fire professionals. Niçois Eric Brocardi, director of communication for the National Federation of Firefighters of France (FNSPF), has been facing a surge of death threats, hate messages and cyberbullying for the past few days. He took a position against the reinstatement of unvaccinated firefighters. "All firefighters must meet medical requirements. Some cannot be operational because they no longer protect the population enough. We must be consistent: the firefighters themselves participated in the vaccination of a quarter of the population", he reaffirmed this Wednesday in the columns of Nice Matin.

Contrary to these threats, the firefighter received a lot of support from civil society in Nice, his colleagues and political leaders. The president of the Paca region Renaud Muselier was indignant at the attacks of "a few irresponsible antivax" when Gérald Darmanin speaks of "unbearable" aggression. Grégory Allione was delighted with the support given to his colleague Grégory Allione, whom he describes as an "outstanding firefighter".