The reform of unemployment insurance, the battle of the return to the Assembly

Before these discussions in the evening, the deputies will discuss from 4 p. 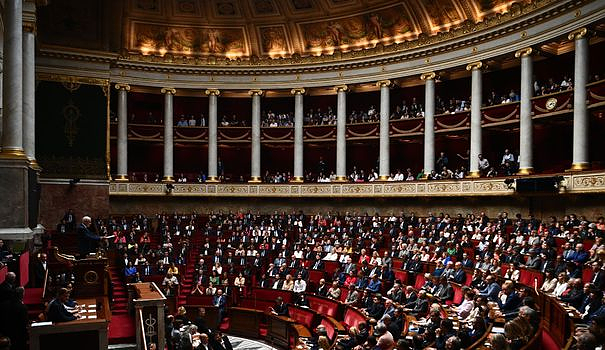 Before these discussions in the evening, the deputies will discuss from 4 p.m. on the "war in Ukraine and its consequences for France". Prime Minister Elisabeth Borne will open this debate, which places the start of the parliamentary session under the seal of this burning international news.

The majority intends to challenge the elected RNs, whom they regularly accuse of being close to Russia. "On Ukraine, we can see that the masks are falling," pointed to the Parisian on Sunday the leader of the Renaissance deputies Aurore Bergé.

The passes of arms should resume with a vengeance from 9:30 p.m. on the bill on “emergency measures” with a view to “full employment”, which is carried by the Minister of Labor Olivier Dussopt.

On the menu at the Palais Bourbon until Wednesday, with some 300 amendments to the key, he initially plans to extend the current unemployment insurance rules. Coming from a hotly contested reform of Macron's first five-year term, they expire on October 31.

The bill also triggers the possibility, by decree, of modulating unemployment insurance so that it is "stricter when too many jobs are unfilled, more generous when unemployment is high", in the words of Emmanuel Macron during the presidential campaign.

After a consultation phase within a few weeks with the social partners, the government will decide by decree on the form that this modulation will take, for entry into force in early 2023.

The executive insists that there is urgency in the face of recruitment difficulties, and makes this reform one of the conditions for achieving the objective of full employment in 2027, i.e. an unemployment rate of around 5% against 7, 4% currently.

The current unemployment insurance scheme "is not enough of an incentive to return to work", hammered Mr. Dussopt before the deputies in committee.

In unison with the unions, the left-wing Nupes alliance responds that recruitment difficulties are primarily linked to training and the attractiveness of professions (salaries, working conditions, etc.), and deplore a "stigmatization "unemployed people.

"We will fight resolutely against this unacceptable reform which hijacks the philosophy of unemployment insurance and ignores social dialogue", announced its leaders in Liberation.

At LR, the reception of the bill is better, even if Thibault Bazin thinks that it will not change "the situation in the short term to encourage the resumption of work".

As in the summer on the purchasing power package, the votes of these deputies, or at least their abstention, are necessary for the text to be adopted.

The Minister made overtures to proposals from the right to toughen access to compensation on the grounds of "post abandonment", or to simplify the validation of acquired experience (VAE), in particular for relatives caregivers, another part of the bill. A government amendment plans to propose in the future a real "public service of the VAE".

The elected RN will not make the extra vote: they judge the measures to be incomplete, in the absence of taking into account in particular the youth.

For rapid final adoption, the bill will be examined by the Senate on October 25 at first reading.

In front of the two chambers will engage in parallel in the coming days the test of the 2023 budget, which the oppositions already promise to reject. The executive is likely to use Article 49.3 of the Constitution to pass this draft budget without a vote.

The start of the school year is "very busy" but "we are approaching it in a very calm way" and "under the sign of a new method" of seeking compromise, the president of the Assembly Yaël Braun-Pivet told France 2. She refuses to consider a "blocking" of the reforms: "this is not what the voters wanted".