"The recipe came from grandfather"

Ice cream cakes are actually a specialty that is mainly eaten on New Year's Eve and during carnival. 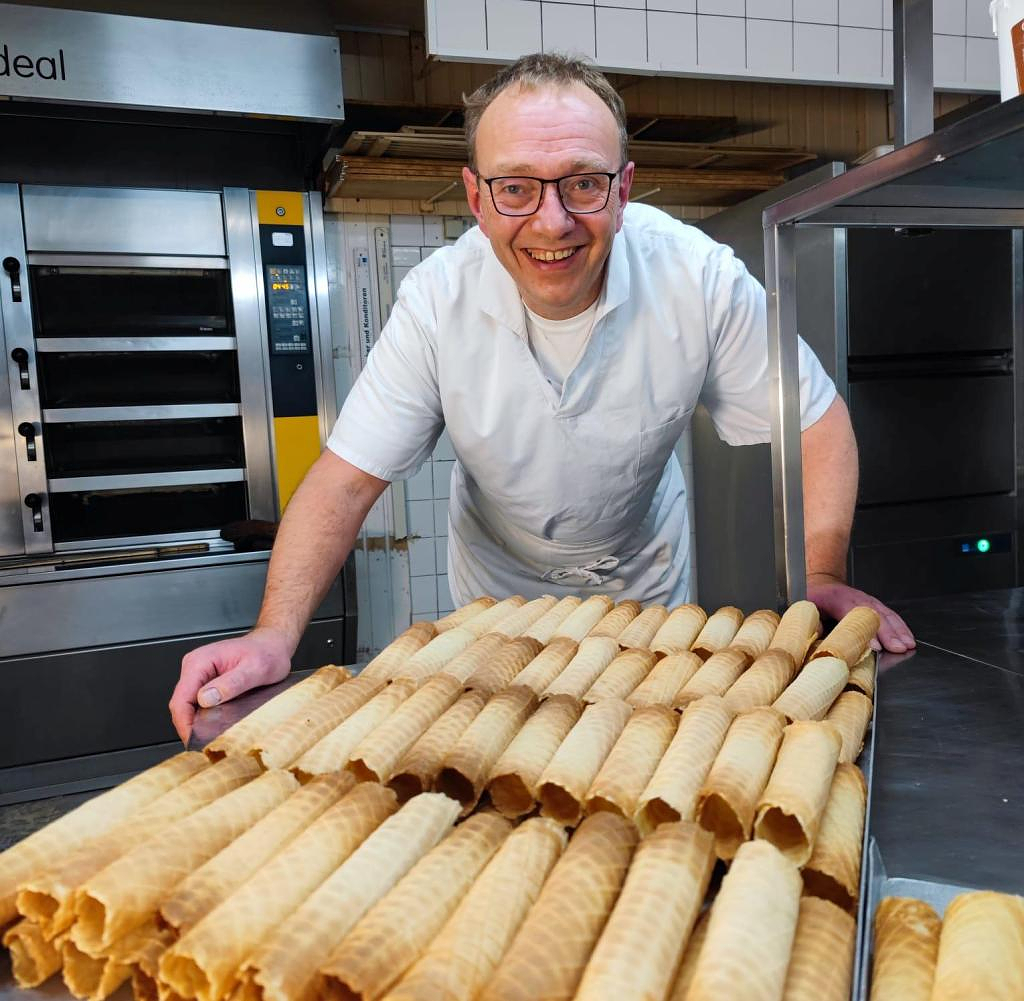 Ice cream cakes are actually a specialty that is mainly eaten on New Year's Eve and during carnival. Many people also know them as so-called New Years. They're wafer rolls that are thinner than the cones you get at the ice cream parlors. In addition to flour, milk and eggs, the pastry also contains anise and cinnamon. You can also make them at home, but it's not that easy to get them really tight. We are one of the few pastry shops that offer ice cream cakes all year round. This year I didn't count how many I baked, but in 2021 it was about 36,000 pieces. Almost everyone likes to eat, and that goes across all age groups.

I am the fourth generation to run our business. Dom-Café Frede was founded in 1896. I was interested in my job from an early age and it was always clear to me that I would follow in my father's footsteps. I don't have a successor, so I'm the last generation of the Fredes to run our café. I didn't learn with us in Billerbeck, but in Iserlohn. After the apprenticeship, I went on a journey for six years and worked in Kempten im Allgäu, Werl and in Gummersbach, among other places.

I brought recipes with me from everywhere: my yeast dough comes from Bavaria, some of my cakes from the Sauerland. But our ice cream cake recipe came from my grandfather. It is important to me that we only use natural ingredients. We work at a high level of craftsmanship. Colleagues knew ice cream cakes everywhere I was, but hardly anyone baked them. My dad only had them for New Year's Eve and Mardi Gras, but we've invested in new waffle irons and expanded manufacturing and distribution. People like them all year round.

‹ ›
Keywords:
KarnevalKüchenCoesfeldSilvesterNordrheinWestfalenSilvesterbräucheSilvestergerichteSilvesterrezepteTexttospeechUlrich FredeBillerbeckKarriere
Your comment has been forwarded to the administrator for approval.×
Warning! Will constitute a criminal offense, illegal, threatening, offensive, insulting and swearing, derogatory, defamatory, vulgar, pornographic, indecent, personality rights, damaging or similar nature in the nature of all kinds of financial content, legal, criminal and administrative responsibility for the content of the sender member / members are belong.
Related News