The Real Reasons - This is why women fake orgasms

"So, how was it for you?" Some women would have to honestly admit to this question about sex that they didn't climax. 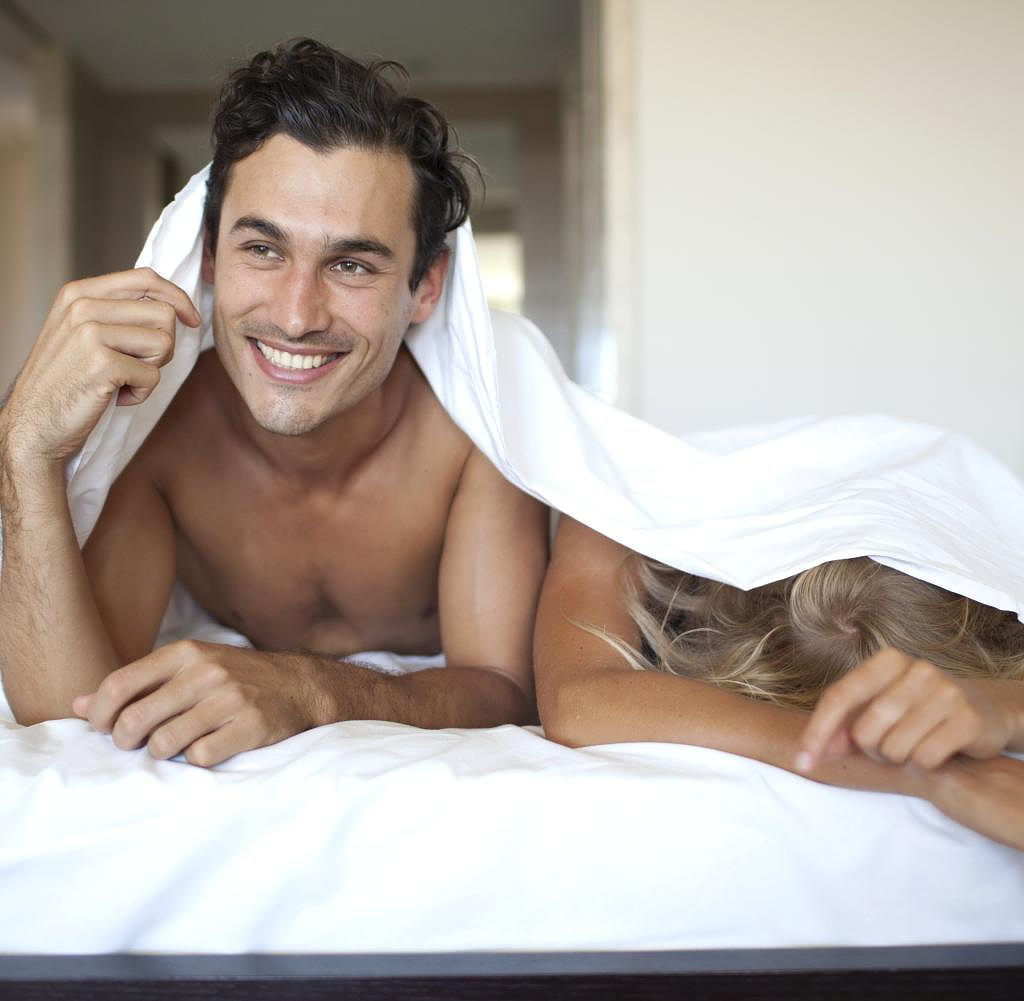 "So, how was it for you?" Some women would have to honestly admit to this question about sex that they didn't climax. Faking an orgasm rather than talking about why it didn't work out afterwards happens more often than you think.

Don't get us wrong: It's natural that sometimes things just don't want to work. However, it is questionable whether the other party would not prefer to hear the truth in order to do better next time or to shape the situation differently.

It is estimated that 30 to 75 percent have faked an orgasm or do so regularly. This is reported by a research team from Hungary, who looked at various studies on the subject in preparation for their own survey. The psychologists at the Eötvös Lorand University in Budapest then made it their task to find out what the motives were. For this purpose, 350 questionnaires were evaluated by Hungarian women who had already lied in bed.

So far it has always been said: It must have been because of the bad sex - the woman was simply bored! Tiredness, too much alcohol, the influence of drugs or pain are also typical reasons why an orgasm is faked. All of this may play a role, but the issue is more complex than one might think.

Another reason: Many women simply want to avoid conflict. Because then discussing why it didn't work out again can be tiring; meanwhile, it might even kill the mood entirely.

Just as interesting: Some women stated that they want to strengthen their partner's self-esteem. Give the "Great Pike" feeling, but at the expense of your own satisfaction. Others explained that they shorten the sex because the partner then comes too - so both can devote themselves to other things again.

Especially in long-term relationships, the fake climax is more common. By the way, the assumption that the partnership is going down the drain and that a fake orgasm could be a warning signal could be invalidated by the survey. "Women who are dissatisfied in their relationships may have been so underinvested in their sexual and/or overall relationship that they did not even feel the need to fake sexual satisfaction," the researchers conclude. Conversely, this means that women who are actually happy in their relationship tend not to want to disappoint their partner during sex.

A blockage in the head often prevents women from having an orgasm. It can be like a vicious circle - and many women know it. The partner tries very hard to make her happy with his hand or mouth and she also enjoys it a lot, but the climax is a long time coming. The longer it takes, the more concerned I become about what the other person might be thinking: does he/she think there is something wrong with me? Doesn't your hand hurt already? That's not going to happen with the climax.

So just make an agreement: Nobody is coming today! Instead, you caress, lick, and have sex to get close. You can tell each other feel-good stories from your day or what you like about each other or find sexy. That’s how you break through mental blockages over time – and when he or she finally begs to be allowed to come, that’s pretty hot too.

Whether in a partnership or a one-night stand: If you are open about what you want and what you don't like, the chances are quite good that your wishes will actually be fulfilled. It's also important to say what feels good during sex - if, on the other hand, your partner "deviates from the right path", you can also help a little.

“A little lower/down/higher/stronger!” – these are clear announcements that can also be a turn on. Or: “May I?”, and you can push your hand to where it is needed.

More and more women now have little helpers at home that stimulate the clitoris or G-spot with vibrations and blasts of air. The advantage: They ensure an orgasm faster than purely manual operation. The climax is rarely reached through pure penetration during sex, which is why clitoral stimulation is important. If this is too complex or annoying in some positions, you can simply use a toy.

Sit across from each other and start touching each other where you feel most comfortable. You can observe each other and learn where your fingers stay longer, how hard you stroke and when you get faster. Of course you can also explain or do some dirty talk for each other to heat you up.

How do women climax even better? With a change of position!

‹ ›
Keywords:
KmpktSexualitätMensch (kmpkt)OrgasmusPartnerschaftenMeg RyanBudapestUngarnSex
Your comment has been forwarded to the administrator for approval.×
Warning! Will constitute a criminal offense, illegal, threatening, offensive, insulting and swearing, derogatory, defamatory, vulgar, pornographic, indecent, personality rights, damaging or similar nature in the nature of all kinds of financial content, legal, criminal and administrative responsibility for the content of the sender member / members are belong.
Related News