The 1st Balconies and Windows Decoration Contest was won by the Real Feria San Mateo. 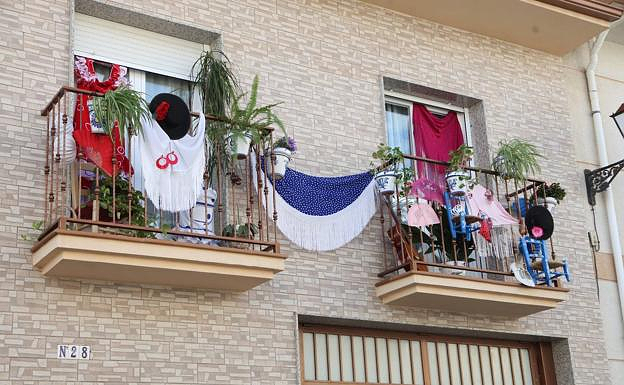 The 1st Balconies and Windows Decoration Contest was won by the Real Feria San Mateo. This initiative was created as an alternative to the traditional fair days. Residents were invited to decorate their windows and balconies with festive motifs. The consistory announced that the prizes would be given to the balcony modality, as the one at the window was empty. Maria del Carmen Pulido won the first prize, Maria Teresa Pinto received the second and Maria del Carmen Montoya was awarded the third. The prizes include 275 euros as a gift certificate for Andalusia, 200 euros for the second and a 100 euro voucher for a meal at a local restaurant.

Federico Barquero and Jose Antonio Aguilera were the jurors. Maria del Carmen Perez was the secretary. Juan Martin was Juan Martin. They all wanted to emphasize the involvement of participants and highlight the participation of 11 families in the activity, including one from Santa Ana.

‹ ›
Keywords:
GanadoresConcursoBalconesRealFeriaMateo
Your comment has been forwarded to the administrator for approval.×
Warning! Will constitute a criminal offense, illegal, threatening, offensive, insulting and swearing, derogatory, defamatory, vulgar, pornographic, indecent, personality rights, damaging or similar nature in the nature of all kinds of financial content, legal, criminal and administrative responsibility for the content of the sender member / members are belong.
Related News