The PSOE wants Las Salinas to be acted upon "now", and the Board is waiting to see what the company does. 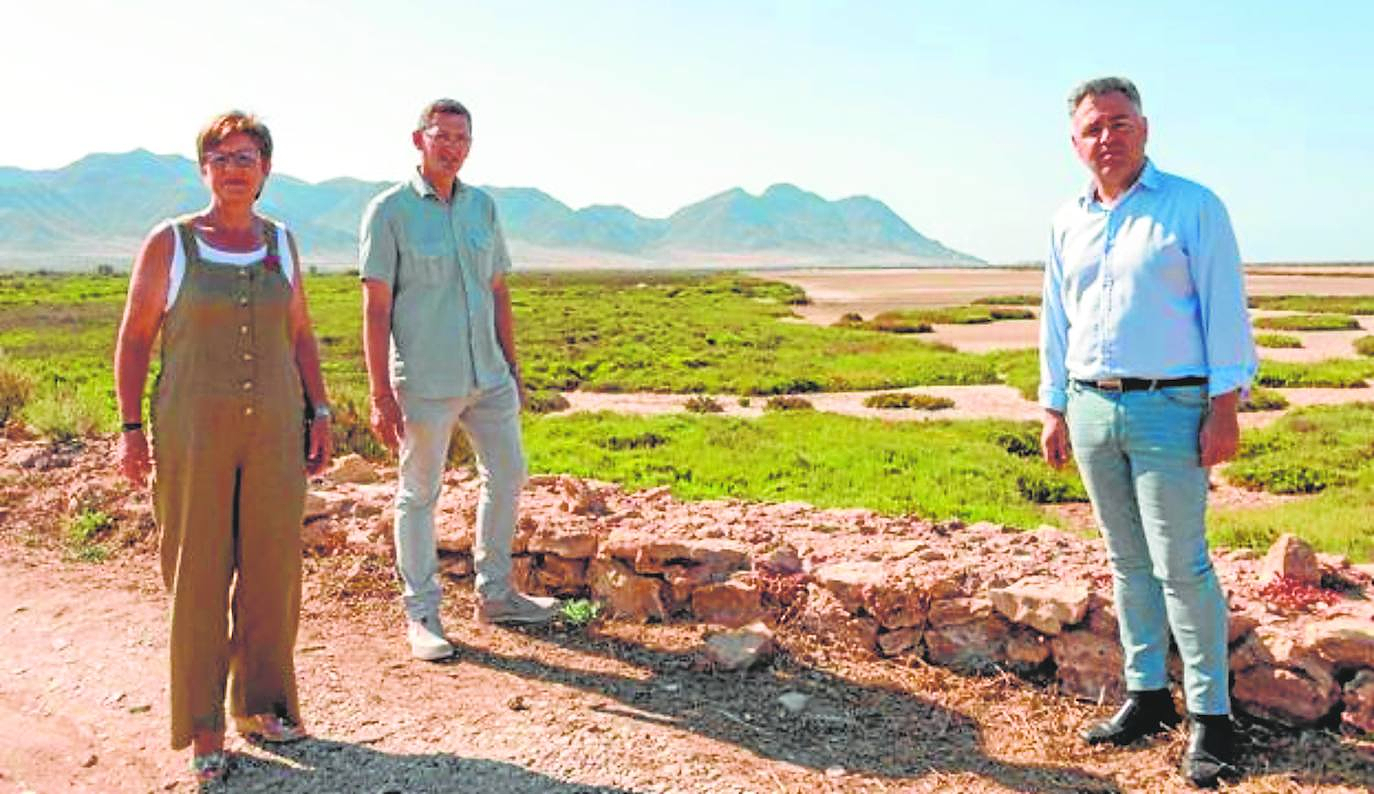 Jose Luis Sanchez Teruel (an autonomous deputy elected by PSOE of Almeria) urged Juanma Bonilla (PP) to take immediate action to address the problem of dry out in Las Salinas de Cabo de Gata. The area is severely damaged due to the "irresponsibility" of the Andalusian government, he stated. He stated that it was necessary for the agreements to be adopted by the Governing council or wherever necessary. The first thing is to preserve, defend, and repair the habitat and then to have an effect on the company what's considered." Yesterday, he defended the socialist deputy in Las Salinas.

Adriana Valverde Tamao, spokesperson for the Socialist Municipal Group, visited the Cabo De Gata-Nijar Natural Reserve. He announced that when the next Andalusian legislature starts, the PSOE It will register an initiative in parliament asking that the Andalusian government act in face of the environmental disaster using all its resources.

Sanchez Teruel stated, "That's the most important thing right now, to act and not look the other way. They are the government, the environment authority, and in the face a disaster such as this, they cannot sit by or spend many months doing nothing." It was clear that, if the Ministry of Sustainable Development had taken action in May when the poor state of the canal that supplies seawater Las Salinas with water, there would have been no environmental problem today.

Sanchez Teruel believes that the Junta de Andalucia should and must guarantee water to the space and then pass on the money spent to avoid an environmental disaster to whoever it corresponds, while protecting the environment and value of the space.

Aranzazu Martin, acting delegate to the Board in Almeria assured that the Andalusian government has done everything possible before drying the Las Salinas de Cabo de Gata protected wetland. He also noted that a "group" of technicians from the Territorial Delegation is "in the front line" in case of any need to take place "in situ".

Martin stated that the Board acted "from the very first moment" when Union Salinera SL, a Salins company, reported that there was a problem. He noted that "the technicians from the Territorial Delegation had issued the required reports within 48 hours to enable the company to act>>."

Martin explained that the alternative to restore seawater supply to the wetland was "very complex". This, he said, has forced the Board to give the company 72 hours to respond to an emergency.

The team concluded by stating that surveillance over the protected area is "continuous" as there is an "environment team of technicians" available "pending any type incident or action that must be performed 'in situ".

The Board sent a Wednesday letter to Union Salinera SL, in which it was given three business days to "put on table" emergency measures to restore seawater supply to the Cabo De Cabo wetland. Gata-Nijar.

According to the Andalusian Government, the obstruction at 400m of the gallery needs to be resolved "with a specialist company" and that almost complete blindness is the result of torrential rains that were recorded in this area. This spring also saw landslides and partial land slides from the mountain with debris drag.

The Andalusian parliamentarian of the PSOE of Almeria, on the other hand, has reproached Carmen Crespo, Minister of Agriculture, Fisheries and Sustainable Development, for having "cold blood" to commemorate World Environment Day in Las Salinas. They went there to visit a site that was severely damaged by an environmental problem. He said that a responsible government would have told the truth instead of hiding the problem and provided the steps it was going to take to stop it from happening again. However, he was wrong.

Yesterday afternoon, the Andalusian government announced that they had a "technical resolution to act immediately in the Cabo De Gata salt flats." He assured him that he would act in the event that the Salt Company does not respond to the Territorial Delegation for Sustainable Development's letter from Wednesday. The document gave private companies three days to submit an "urgent action," to supply salt water Las Salinas. According to environment technicians, any solution that is conventional would take many weeks or even more than one month to implement.

Yesterday, Raquel Espin (delegate for the Environment) acknowledged that the Andalusian government was made aware of the issue in the facilities by Raquel Espin. They claim that two days later, the technicians of the Delegation had issued the reports necessary for the company to act. The technicians of the delegation notice that the proposed actions by the company seem "complex." They decide to be more aggressive and give 72 hours to create an emergency plan. While the environment, which is critical for migratory birds continues, has not reached the Board, the plan has not yet been submitted.

Yesterday, the PP criticized the PSOE for making the popular people's work in this area difficult by its opposition work. Almudena Morales, deputy secretary general for Rural Development, Water and the Environment, stated that the socialists' declarations were in response to an alleged attempt to appear concerned about the Cabo de Gata flamingos.

‹ ›
Keywords:
PSOEExigeActuarSalinasJuntaEsperaEmpresa
Your comment has been forwarded to the administrator for approval.×
Warning! Will constitute a criminal offense, illegal, threatening, offensive, insulting and swearing, derogatory, defamatory, vulgar, pornographic, indecent, personality rights, damaging or similar nature in the nature of all kinds of financial content, legal, criminal and administrative responsibility for the content of the sender member / members are belong.
Related News