The 1st Conference on Intercultural Coexistence "El Ejido Diverso" was held at the PSOE El Ejido, which coincided with the World Day for Cultural Diversity. 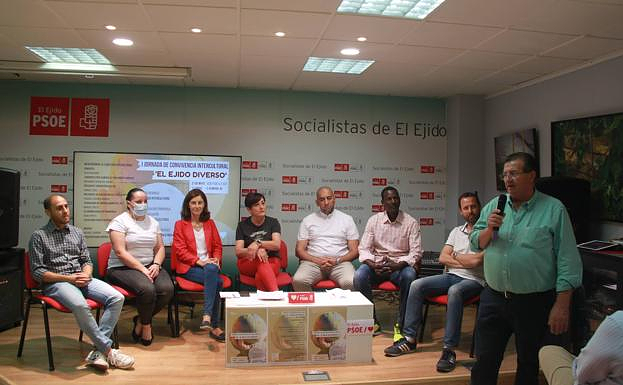 The 1st Conference on Intercultural Coexistence "El Ejido Diverso" was held at the PSOE El Ejido, which coincided with the World Day for Cultural Diversity.

A party intercultural attended by over fifty people. It focused on the need for real policies of integration, social cohesion and greater coexistence among the various nationalities who reside in the municipality.

The intercultural table emphasized the importance of promoting "real" intervention programs and relying on social professionals such as educators, integrators, and social mediators.

The emphasis was also put on the urgent need for the entire education community to "lower ratios and increase teaching staff", and to implement measures that will boost access to work and training young people.

Similar to the case of El Ejido in particular, social inequality was also examined. Particularly, those located farthest away from the central nucleus were analyzed. This was identified as one of the major segregating elements, both from the perspective of urban development view and services.

‹ ›
Keywords:
PSOEOrganizaJornadaConvivenciaInterculturalEjidoDiverso
Your comment has been forwarded to the administrator for approval.×
Warning! Will constitute a criminal offense, illegal, threatening, offensive, insulting and swearing, derogatory, defamatory, vulgar, pornographic, indecent, personality rights, damaging or similar nature in the nature of all kinds of financial content, legal, criminal and administrative responsibility for the content of the sender member / members are belong.
Related News