Maria Jesus Munoz, the candidate for the PSOE of Las Gabias in the May municipal elections and the current Councilor for Urban Planning, Contracting, Employment and Human Resources at the Gabirro Municipal Council, will be attending the elections along with a 12 man and 12 woman team. 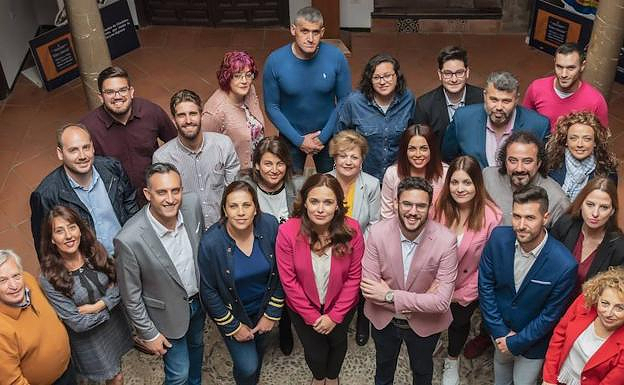 Maria Jesus Munoz, the candidate for the PSOE of Las Gabias in the May municipal elections and the current Councilor for Urban Planning, Contracting, Employment and Human Resources at the Gabirro Municipal Council, will be attending the elections along with a 12 man and 12 woman team. Her technical team includes actors, engineers, social workers, actors, and students from universities, among others.

Munoz made public the list that the PSOE will use to try and revalidate the majority support from Las Gabias residents. The average age of the population is under 40 years, but there are also "people with outstanding experience in politics and management such as the current councilors of Culture, Education and Commerce, Ma Jose Perez, Economy, Treasury and Health, Jose Antonio Gamez, and Social Welfare, the Elderly and Equality, Ana Galvez".

The socialist candidacy also includes the Secretary of Organization of PSOE of Las Gabias and Law Graduate, Samuel Garcia.

Ma Jesus Munoz explains that these women and men from Las Gabias are the best representation of Gabirra society. They make up a young and solvent team with which to transform our city and protect the social rights and interests of our neighbors. Since 2011, the socialist candidate has served as a Las Gabias City Councilor. She has managed the areas Urban Planning, Employment, Contracting, and Human Resources. Officially presenting the PSOE candidacy will take place on April 26th at 8:30 p.m. in the theater of XXI Century Sociocultural Center.

‹ ›
Keywords:
PSOEGabiasPresentaEquipoProximasEleccionesMunicipales
Your comment has been forwarded to the administrator for approval.×
Warning! Will constitute a criminal offense, illegal, threatening, offensive, insulting and swearing, derogatory, defamatory, vulgar, pornographic, indecent, personality rights, damaging or similar nature in the nature of all kinds of financial content, legal, criminal and administrative responsibility for the content of the sender member / members are belong.
Related News