The PP will keep the Huescar government pact of three years ago. 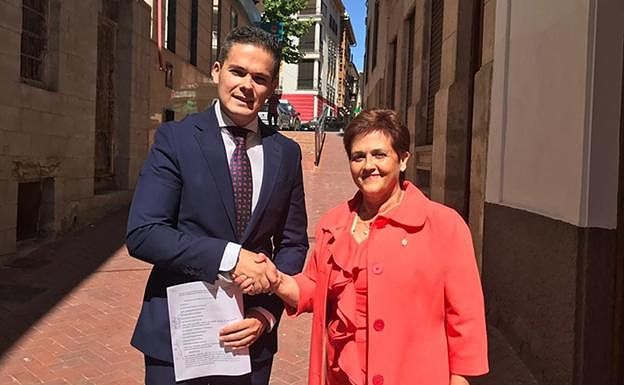 The PP will keep the Huescar government pact of three years ago. Ramon Martinez, the mayor, will continue to be part the government team with his three fellow Ciudadanos who have been elected non-attached officials.

Soledad Martinez (president of the local PP), former mayor, and current first deputy mayor, indicated that the decision of the four mayors, the group Cs, will have no impact on the operation of the eight-member local government team. Four of them are from the PP, and four more from the non-affiliated.

The first deputy mayor acknowledged that the decision by the mayor and his coworkers had been considered for some while and they intend to form an independent candidacy in the forthcoming municipal elections.

Jose Garcia Giralte (spokesman for the Municipal Group of PSOE), considers what happened in the Cs municipal group a fraud, and asks that the PP end the government pact. The socialist commented ironically on the reasoning behind the decision.

Three-years later, they claim that the Junta de Andalucia did not help the municipality of Huescar. This is a lie that tries to conceal the obvious incapacity of the bipartisan of PP/C's since they joined at any cost to go against the PSOE which It is the most represented group in the City Council." He explains that they "now realize the damage that Government of Moreno Bonilla generated in the town and they have not raised their voice until now."

Giralte points to the fact that the PP mandate started with C's, so we knew that this story wasn't going to end well. The passage of time has also shown this," criticizes Giralte who says that the alderman at that point "had no other priority than to make the City Council into a circus of a national scale with complicity from the PP. This should be a breach of the pact on political ethics.

‹ ›
Keywords:
HuescarRomperaPactoEdiles
Your comment has been forwarded to the administrator for approval.×
Warning! Will constitute a criminal offense, illegal, threatening, offensive, insulting and swearing, derogatory, defamatory, vulgar, pornographic, indecent, personality rights, damaging or similar nature in the nature of all kinds of financial content, legal, criminal and administrative responsibility for the content of the sender member / members are belong.
Related News