The port conflict is entering its decisive phase

After nine rounds of negotiations and a series of warning strikes, the collective bargaining dispute over wages for dockers in the North Sea ports is entering a decisive phase. 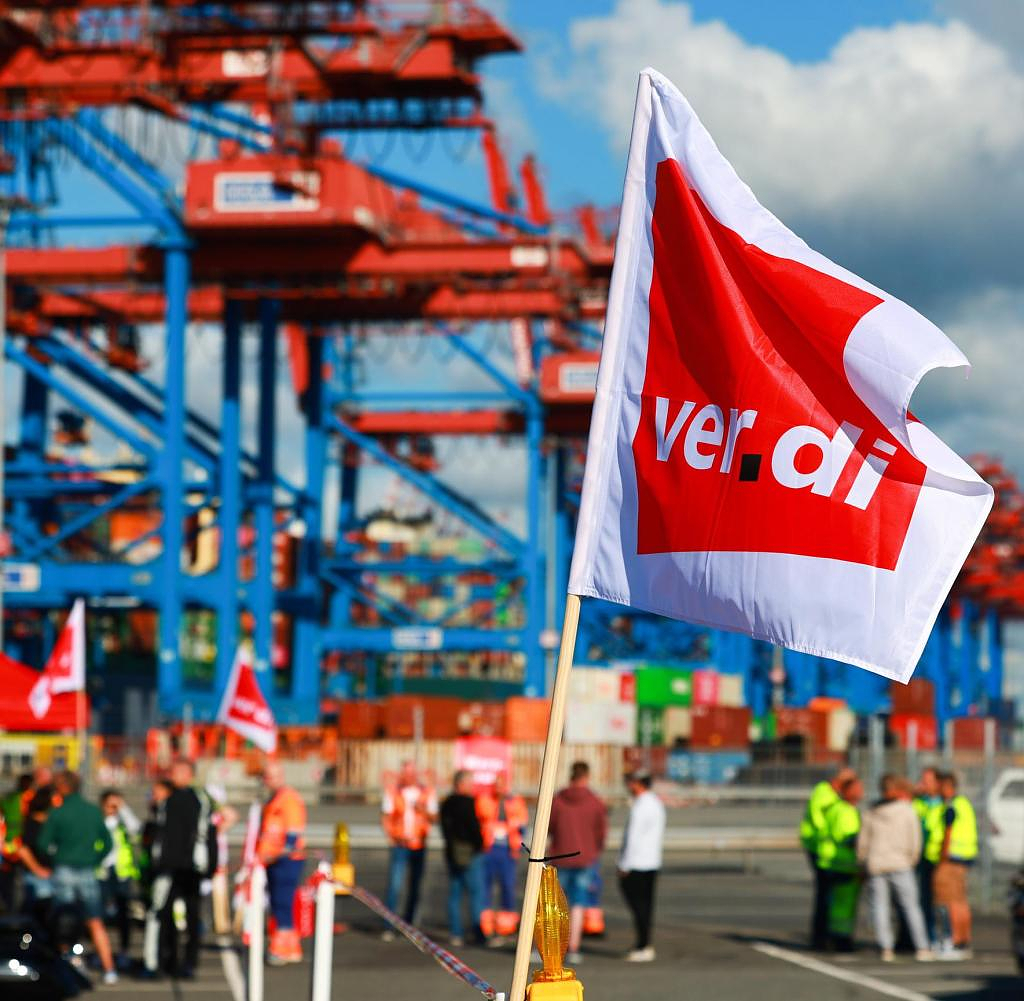 After nine rounds of negotiations and a series of warning strikes, the collective bargaining dispute over wages for dockers in the North Sea ports is entering a decisive phase. The Verdi trade union and the port companies will resume their collective bargaining talks in Bremen on Monday (22 August).

There is great concern among port logisticians that Verdi could immediately call for another warning strike in the event of an unsuccessful round. "We therefore hope that reason will prevail at Verdi in the coming week and that the forces willing to compromise will prevail and that a deal will be reached," says the Hamburg port logistics company HHLA, for example.

Although both sides have previously expressed their willingness to reach an agreement, they differ in their assessment of the status of the negotiations. While the Central Association of German Seaport Operators (ZDS) spoke of rapprochement after the ninth round almost two weeks ago, Verdi negotiator Maya Schwiegershausen-Güth expressed "disappointment at the low level of rapprochement". On Friday, she again asked ZDS for an improved offer. It is now up to the employers whether there will be a negotiation result.

The tenth round is the last of three dates that the social partners had to agree on after a court settlement. In return, it was agreed that further warning strikes are excluded until this round. "We still expect that the employer side will use the court-ordered three negotiation dates to advance a collective bargaining agreement and to submit appropriate offers," said Schwiegershausen-Güth.

At its core, the conflict is about bringing together Verdi's demand for compensation for the currently very high inflation with the employer's desire for a 24-month term. Most recently, possible mechanisms and criteria were discussed that would enable improvements or renegotiations for the second year of the term in the event of persistently high inflation in 2023. According to Verdi, in the previous round of negotiations, the employers "presented a model that shifted the risk of possible price increases in the second year to 30 percent to the employees".

The union had entered the negotiations with a package of demands that, according to Verdi, would mean wage increases of up to 14 percent over a period of 12 months. Since the beginning of July, an offer from employers that has been described as “final” has been on the table – albeit for a period of 24 months – with 12.5 percent more for employees in container companies and 9.6 percent for employees in conventional companies. For "employment security companies" with economic difficulties and a restructuring collective agreement, the ZDS estimates the offer at 5.5 percent.

Container ships have been damming up in the German Bight for months as a result of disrupted supply chains around the world, but also because of temporary events such as strikes. And here threatens from Great Britain new calamity. A multi-day strike by dockers at Great Britain's largest container port threatens to further strain not only the British supply chains. "Almost half of British container traffic goes through the port of Felixstowe and 65 percent of incoming containers," said British trade expert Rebecca Harding of the German Press Agency. An eight-day strike, as planned from Sunday, means a risk for imports and exports worth around 800 million pounds (around 950 million euros) - the clothing and electronics sectors are particularly affected.

But the strike is by no means just an issue for the island: global container traffic at sea, the lifeline of world trade, has been increasingly out of step since the outbreak of the corona pandemic two and a half years ago. Every disruption, such as lockdowns in individual ports, an accident like that of the "Ever Given" in the Suez Canal or labor disputes, throws additional sand into the gears - even if a port like Felixstowe is not a very big player in the coordinated mechanism of sea logistics on an international scale .

"One reason for the stressed logistics at sea and in the ports is the low punctuality rate of ships," says economist Vincent Stamer, who analyzes global container traffic at the Kiel Institute for the World Economy (IfW). "Additional strikes will worsen this situation - including the impending strike at Britain's largest port of Felixstowe." In addition, logisticians also fear new warning strikes in Germany. That would be possible if the next wage round in the dispute over dock workers' wages is unsuccessful on Monday. Most recently, the Verdi union paralyzed handling at all German North Sea ports for 48 hours in mid-July.

‹ ›
Keywords:
HamburgVer.di (Vereinte Dienstleistungsgewerkschaft)LauterbachJörnContainerschifffahrtWarnstreiksEnglandFelixstoweKarriereBremenZDSGroßbritannienHHLAVerdi
Your comment has been forwarded to the administrator for approval.×
Warning! Will constitute a criminal offense, illegal, threatening, offensive, insulting and swearing, derogatory, defamatory, vulgar, pornographic, indecent, personality rights, damaging or similar nature in the nature of all kinds of financial content, legal, criminal and administrative responsibility for the content of the sender member / members are belong.
Related News