After the expulsion of the member of parliament Christian Blex from the AfD parliamentary group, a smaller renovation is pending in the plenary hall of the state parliament. 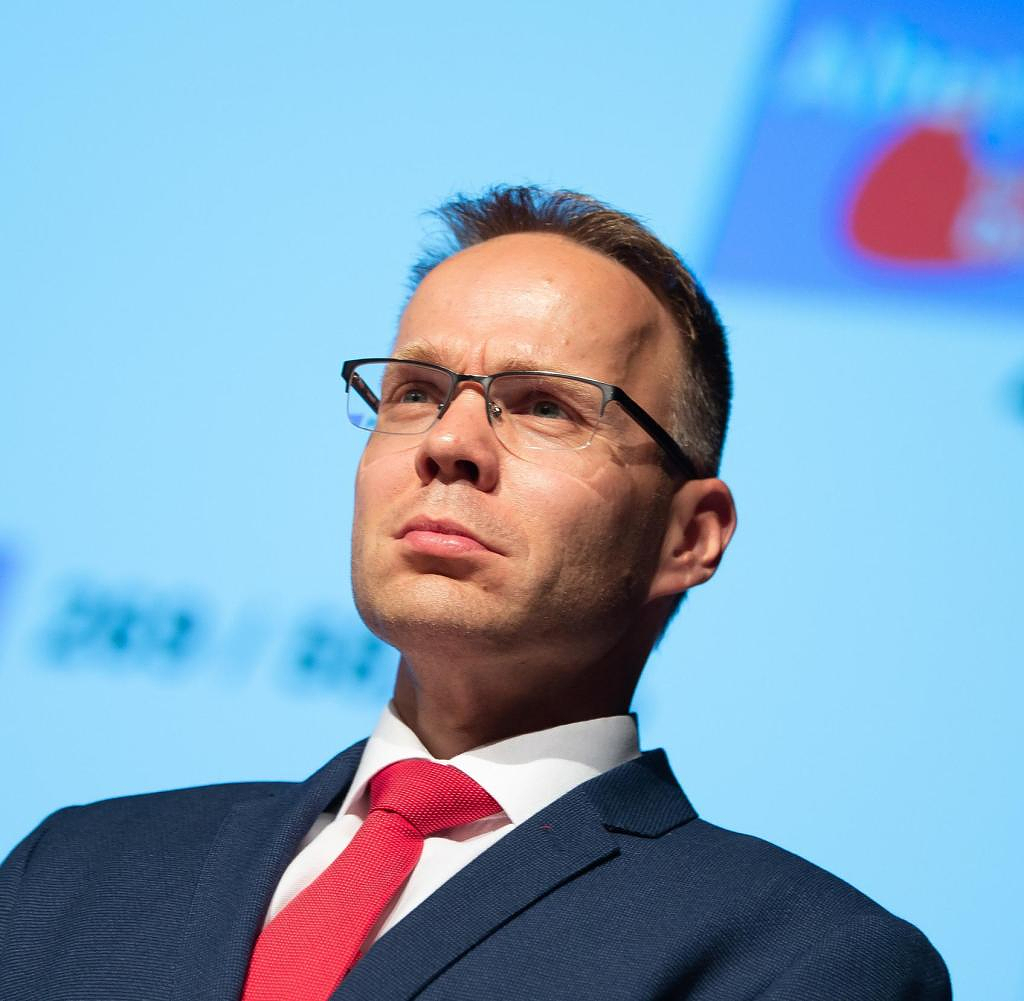 After the expulsion of the member of parliament Christian Blex from the AfD parliamentary group, a smaller renovation is pending in the plenary hall of the state parliament. Blex should have its place in the back row in the future. According to dpa information, a new table will be set up somewhere else so that nobody has to sit right next to him.

Blex was excluded from the AfD group after a controversial trip to Russia. He remains as a non-attached member of parliament. According to dpa information, the Council of Elders is to decide on Wednesday that Blex will sit in the last row behind the AfD parliamentary group. So far, Blex had a seat in the penultimate row – behind him were two other AfD MPs.

One of the two should now slide forward, a new table is planned for the other. This is to be built on the AfD parliamentary group and in the vicinity of the FDP parliamentary group. The Liberals were reportedly asked beforehand and agreed.

‹ ›
Keywords:
PlenarsitzungFDP NordrheinWestfalenNordrheinWestfalenAfD NordrheinWestfalenTexttospeechChristian BlexNRWAfDHartzIVEmpfängerPlenarsaalPolitik
Your comment has been forwarded to the administrator for approval.×
Warning! Will constitute a criminal offense, illegal, threatening, offensive, insulting and swearing, derogatory, defamatory, vulgar, pornographic, indecent, personality rights, damaging or similar nature in the nature of all kinds of financial content, legal, criminal and administrative responsibility for the content of the sender member / members are belong.
Related News