The Plenary at El Ejido approves the drafting of a shadow plan for squares and parks, with the abstention by the PP 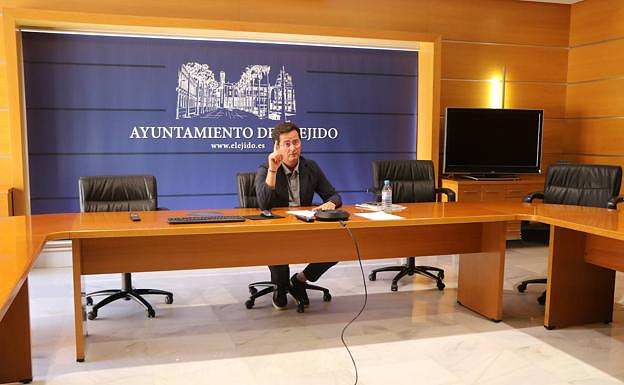 Yesterday's plenary session of El Ejido City Council approved a motion by Citizens. It proposes the creation of a shadow plan for parks and public squares, with the intention of gradually executing it in order to make these spaces more shadowy. All opposition groups supported the proposal, with the abstention from the government team. This group, even though it stated that there were other priorities, was in favor of increasing shadows.

Veronica Gomez (the mayor of Ciudadanos), was charged with defending the motion. She stated the importance of a proposal such as this in a municipality where there is a shortage of shade and trees despite the high temperatures. She defended the need for a study to determine the needs, and suggested that these actions be included in the sense that "the neighbors can live on their street."

Gomez invited PP to support his idea. He considered it a "great advance" for the municipality, and would encourage residents of the area to use public spaces.

Vox - Councilor German Arqueros, who deemed it necessary, supported the proposal. He also recalled the lack of shade and heat in open spaces. Responding to the reluctance by the PP, he stated that it was not about roofing 56 parks in one afternoon. He also defended the idea that the idea should be considered in park projects currently being planned.

Maribel Carrion (PSOE spokesperson) also supported the petition. She described it as a "good proposition" and reminded that summer activities can't be done on the streets because of high temperatures and lack of shade. Carrion demanded that the shading be done "progressively" as it will provide greater benefits than artificial shading.

The PP government team acknowledged the need for shadows in squares and parks, but due to budget constraints, it decided that other priorities should be considered first. Alberto Gonzalez, his councilor for Public Works, stated that he was reluctant to make this statement. He explained that technicians would need to be trained to conduct the study. He also calculated that it would cost 5.5 millions euros to install shades in public spaces.

Gonzalez stated that there are projects that are about to begin and others that are in preparation. The Consistory plans to invest 12 million euros. This would be cut in half if all existing squares and parks had to be shaded. Gonzalez defended the need for new projects to be built in areas that are most needed and not to try to dominate what is already in place.

Francisco Gongora, the mayor, stated the same sentiments, explaining that there were many needs and investments that must be prioritized. He mentioned the lack of services at Almerimar, the investment requirements of the Next Generation projects, as well as ensuring that technicians are "at the top>> of the project elaboration.

Julia Ibanez (number 3 of the PP group at El Ejido City Council) said goodbye to yesterday's plenary session of her role as councilor. It was here that she realized she had to resign from the minutes in order to take the position of Andalusian parlamentararian of the PP for Almeria in the new legislature, which will soon begin. She said her goodbye and stated that it was an honor to have served on the El Ejido City Council for the past years. She wanted to express her gratitude for the "predisposition, professionalism, and dedication" of the City Council staff and, especially, the mayor and councilors of Corporation, for their "unconditional support".

He said that he had tried his best to do his job with maximum success and dedication, expressing his "excitement" about continuing to work for El Ejido from his new position. He was grateful for the support of the other councilors from all groups during the plenary session. He particularly highlighted Francisco Gongora who described a job that is "in many cases, brilliant."

It is not yet clear how his departure from the government team will be handled in the organizational chart.

‹ ›
Keywords:
PlenoEjidoApruebaRedactarPlanSombrasPlazasParquesAbstencion
Your comment has been forwarded to the administrator for approval.×
Warning! Will constitute a criminal offense, illegal, threatening, offensive, insulting and swearing, derogatory, defamatory, vulgar, pornographic, indecent, personality rights, damaging or similar nature in the nature of all kinds of financial content, legal, criminal and administrative responsibility for the content of the sender member / members are belong.
Related News