The patron saint festivities of La Mojonera were closed by the San Pedro procession and mass. 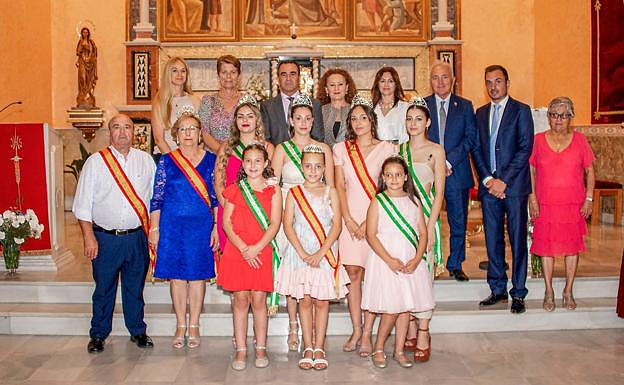 Last Wednesday night, La Mojonera concluded with the traditional fireworks display. It was lit from three locations in order to make it visible from all directions, just like last year. It was the culmination almost a whole week of celebrations that began Friday with the first Sports Gala. The last day included a mass and procession in honor San Pedro, the patron saint, and the final day saw the traditional fireworks display.

Many festive activities were held throughout these days, including the midday fair, which opened in the bar of the center on three of the most important days of program, and the children's games that were developed most days in the central squares. There was also a morning for video games.

The highlight of the celebrations was, without doubt, the concerts. They were all completely free and both the ones of Laura Gallego on Monday, and Antonito Molina on Tuesday at the Carlos Quintanilla Soccer Field stood out for their success. With the presence of thousands. Pedra-Tribute To Extremoduro and Rock Business joined them.

Parade of floats, and a "Diver Show Prize" that pitted neighbors against one another with fun games completed the program. This year's City Council wanted to give it special relevance because it was the first time the program had been run as normal since the outbreak.

‹ ›
Keywords:
MisaPosteriorProcesionPedroCerroFiestasPatronalesMojonera
Your comment has been forwarded to the administrator for approval.×
Warning! Will constitute a criminal offense, illegal, threatening, offensive, insulting and swearing, derogatory, defamatory, vulgar, pornographic, indecent, personality rights, damaging or similar nature in the nature of all kinds of financial content, legal, criminal and administrative responsibility for the content of the sender member / members are belong.
Related News