The Pathorcet project is advancing to ensure safety in contaminated waters

The Parque Norte de Bomberos hosted once again a meeting of the European Pathocert forum, which will help to strengthen the capabilities of first responders in managing and controlling possible water contamination events during natural disasters such as earthquakes. 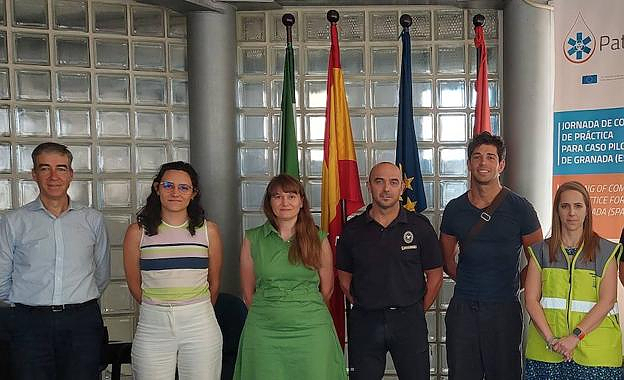 The Parque Norte de Bomberos hosted once again a meeting of the European Pathocert forum, which will help to strengthen the capabilities of first responders in managing and controlling possible water contamination events during natural disasters such as earthquakes.

Emasagra and the Granada City Council's Fire Prevention and Extinction and Rescue Service, (SPEIS), form the strategic axis of the Project. They will coordinate actions with the Guadalquivir Hydrographic Confederation and the Civil Protection Unit of the Government Subdelegation and the Service of Civil Protection of the Junta de Andalucia. CETAQUA (Technological Center for Water), will provide support as a partner in the project and be responsible for the technology validation, development and implementation part.

On June 30, the meeting of the day featured the international indicators for the various technologies that were used in the pilot case that will soon be conducted in the city. It was primarily focused on emergency services.

SPEIS groups and rescue and salvage teams have been also included. This was a day that featured the contributions of all involved. The bases that will guide the pilot case to Granada were established between October and November this year.

The ambitious project, which began in September 2020, will be completed over three years. It has a European budget totalling seven million euros, and includes 23 top research institutions from 12 different countries.

‹ ›
Keywords:
AvanzaProyectoPathorcetGarantizarSeguridadAguaContaminada
Your comment has been forwarded to the administrator for approval.×
Warning! Will constitute a criminal offense, illegal, threatening, offensive, insulting and swearing, derogatory, defamatory, vulgar, pornographic, indecent, personality rights, damaging or similar nature in the nature of all kinds of financial content, legal, criminal and administrative responsibility for the content of the sender member / members are belong.
Related News