The pandemic was able to accelerate the adoption of digital habits in Spain by five years. 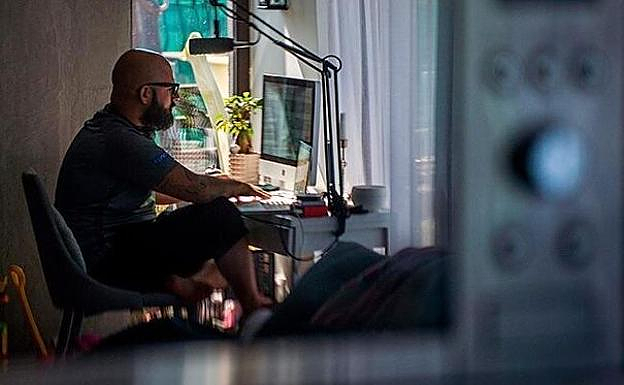 The pandemic was able to accelerate the adoption of digital habits in Spain by five years. It is clear that the world is much more connected than it was a year ago, and that economic growth is dependent on connectivity. These are the key conclusions from Fundacion Telefonica's 'Digital Society Report: Spain: The year everything changed' for the 2020-2021 financial years. This was a period that changed our lives, and shaped all aspects of our social, cultural, and psychological habits.

We have seen a shift in the way we approach digital activities due to the health crisis. The pandemic in Spain has contributed to digitization acceleration in key areas such as online training, digital purchases, teleworking, teleworking, and electronic purchases. There have also been an increase in video calls and increased consumption of multimedia content. Teleworking, which was a minor option in the Spanish labor market, has now become a booming trend according to professionals.

The percentage of workers who were able to work remotely increased from 5% to 34% after the outbreak of the coronavirus virus. Only 23.8% of those who telework reported that they experienced difficulties when working from home. 66% of Spanish companies also believe remote work has increased corporate productivity.

There has been a significant increase in the use of technologies like artificial intelligence, IoT and robotics in business. The new digital age requires a digital workforce. According to the European Commission, the demand for IT and telecommunications workers grows by 4% per year. It calculated that there would be 756,000 ICT specialists in Europe in 2020.

One of the negative aspects of digitization is that citizens are more vulnerable to cyber threats. Cyber attacks on remote desktop protocols have risen by 242%, and misinformation has also risen. Fear and confusion have led to people believing fake news is real, and often disregard scientific and government advice. Ramon Llull University's study found that the health crisis led to an increase in information demand. Nearly 80% of respondents admitted having received fake or doubtful information about the coronavirus, while almost 65% said they had received it via social media. or through instant messaging services.

The 2020 year has also seen a significant shift in our daily consumption habits and leisure habits, as well as how we relate to one another. The number of internet users who used the internet more than once a day increased from 74.9 % in 2019 to 81% by 2020. Older people have benefited more from the increase in internet usage, as they can use it to keep in touch with family and friends while on the move and to access entertainment and leisure content.

Virtual contact has become a major part of our lives and video calls have seen a surge in popularity. These numbers increased from 55.1% in 2019 and 77.7% by 2020. They have become a vital resource for teleworking as well as online classes and family communication. Spain is the only Western European country where instant messaging usage has increased in the past year, followed by Finland and Italy. This type of app saw 6.6% more users than in 2019. Additionally, up to 92.3% smartphone users use messaging apps at least once per month.

The report also revealed that 62.3% have viewed multimedia content by 2020, and that 60.6% of internet users have listened or listened to music, radio shows, or podcasts online. The first case shows a 10.4 point increase in the number of people who have viewed multimedia content compared to 2019. This makes it the most popular leisure activity for Spaniards using the internet. Notable is the significant increase in the number of people aged over 65 accessing multimedia content via the internet. Pasa grew from 15.8% in 2019 and 35.4% by 2020. The growth rate for those aged 55-64 is 17.6 percent (from 26.5% up to 44.1%).

Online gaming is the third most important activity that has been linked to digital entertainment. This is also a significant improvement. Nearly 1 in 4 Internet users (23.9%) used the internet to play video games in 2020, which is 5.8 percentage points more than in 2019. In 2020, the percentage of women playing online games increased by 8.4 points, while that of men has only increased by 3 points.

‹ ›
Keywords:
DigitalizacionPandemiaAceleroCiberamenazasDesinformacion
Your comment has been forwarded to the administrator for approval.×
Warning! Will constitute a criminal offense, illegal, threatening, offensive, insulting and swearing, derogatory, defamatory, vulgar, pornographic, indecent, personality rights, damaging or similar nature in the nature of all kinds of financial content, legal, criminal and administrative responsibility for the content of the sender member / members are belong.
Related News