The City Council of Granada seeks to end the traffic problems in the vicinity of the Granada Bus Station by installing traffic lights at the intersection of Ovidio, Minerva, and Jimena streets. 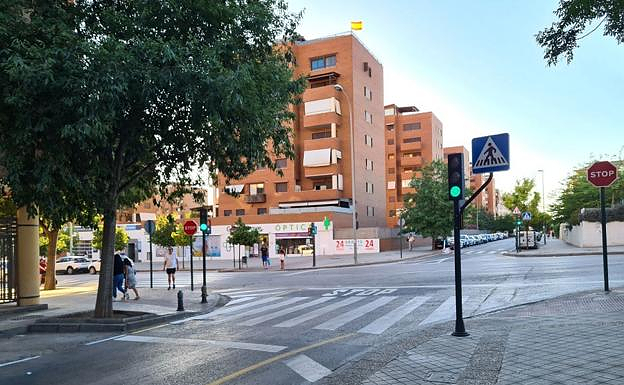 The City Council of Granada seeks to end the traffic problems in the vicinity of the Granada Bus Station by installing traffic lights at the intersection of Ovidio, Minerva, and Jimena streets. This will reduce the number of bus stops and retentions in the area. It will also improve pedestrian safety.

Raquel Ruz (City Council of Granada), the Councilor for Mobility, stated this during the operation of the new traffic lights. He said that this was an answer to a historic demand made by neighbors about insecurity in the area. This is because of recent urban development which has resulted in increased traffic from the bus station and vehicles.

The mayor stated that the high volume of road traffic in the neighborhood of urban expansion and the absence of traffic lights in this area of commercial development pose a risk to pedestrian safety. He has decided that it is necessary to immediately address a new regulation for mobility that will undoubtedly enhance the lives of residents.

The installation of six traffic lights poles at Ovidio Street and adjacent Minerva-Jena streets has cost more than 43,000 Euros. This will allow vehicles to turn left from Minerva onto Ovidio Street.

Ruz Peis explained that these measures greatly increase the safety of the area. They guarantee pedestrians can safely travel without fear of accidents, and they also improve traffic flow. He said that retentions in secondary streets were caused by difficulty accessing Ovidio Street.

‹ ›
Keywords:
NuevosSemaforosGranada
Your comment has been forwarded to the administrator for approval.×
Warning! Will constitute a criminal offense, illegal, threatening, offensive, insulting and swearing, derogatory, defamatory, vulgar, pornographic, indecent, personality rights, damaging or similar nature in the nature of all kinds of financial content, legal, criminal and administrative responsibility for the content of the sender member / members are belong.
Related News