Post a Comment Print Share on Facebook
Famagusta
DOLLAR 18,64
EURO 19,48
GOLD 1.055,81
BIST 4.918,08
"The game will be destroyed today"
The best gifts, recommended by the WELT editorial team
"The game will be destroyed today"
Hate figure for German philistines
"There were fights during the break"
"At some point the situation was so heavy, heavy, heavy"
"The images a white woman dreams of"
What is left of Europe
“We all spoke softly in the GDR”
Kevin Spacey and the far right

The new CEO of EDF officially appointed, before a tense winter

The appointment of this 53-year-old polytechnic engineer, combining the experience of ministerial cabinets with a passage through the investment bank Bank of America Merill Lynch then at Schneider Electric, was announced by the Elysée on September 29. 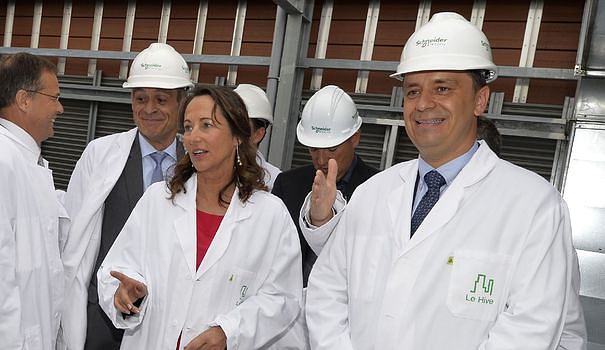 The appointment of this 53-year-old polytechnic engineer, combining the experience of ministerial cabinets with a passage through the investment bank Bank of America Merill Lynch then at Schneider Electric, was announced by the Elysée on September 29.

He succeeds Jean-Bernard Lévy, 67, at the helm of EDF since 2014 and who is leaving before reaching the age limit. His early departure was announced this summer at the same time as EDF's next return to the fold of 100% state-owned companies.

Established abroad, in Italy, the United Kingdom, Belgium or Brazil, and brewing 84 billion euros in turnover in 2021 for 167,000 employees, EDF, Europe's leading electricity producer, had been privatized in 2004-05.

Tuesday evening, the Financial Markets Authority (AMF) validated the plan to buy back the missing 16% of EDF by the State, paving the way for a total takeover for 9.7 billion euros.

The takeover bid will take place from November 24 to December 22, the AMF said on Wednesday, at a price of 12 euros per share, contested by small shareholders, mainly employees and former employees of EDF.

Little known to the general public, Luc Rémont has already begun to work on the construction sites awaiting the company, sometimes compared to a state within a state.

"It may be the mission of a lifetime", he commented, questioned in Parliament before his appointment on October 26, announcing that he agreed to be paid less than at Schneider and this in a way " very significant". The salary of the CEO of EDF is set by decree at 450,000 euros gross per year.

He then recognized a "critical short-term" context. "In this context of energy crisis, EDF is itself going through a serious crisis, of a technical and industrial nature, which accentuates the tension on the energy supply", he noted.

The urgency is known: half of the French nuclear fleet is unavailable due to scheduled but sometimes prolonged maintenance, or corrosion problems. The challenge will be to restart enough reactors to meet consumption peaks in winter.

"My objective is to meet the request expressed by RTE (the manager of the electricity transmission network) for nuclear production of between 38 and 40 GW on December 1" and "between 45 and 50 GW on January 1", said promised Mr. Rémont in written responses to parliamentarians.

Last Friday, the electricity transmission system operator RTE warned that the supply of the French electricity network had a "high" risk of being strained in January.

Even if "there will be no blackout", "we do not have much leeway", assured the president of the Energy Regulatory Commission Emmanuelle Wargon and targeted cuts are not excluded if the winter is cold or consumption is not sufficiently reduced during Ecowatt alerts.

In the medium and long term, Mr. Rémont will have to manage the connection of the EPR Flamanville, which is ten years behind schedule, and the huge investments to come to build six new reactors and small SMR-type reactors, according to the roadmap set by President Emmanuel Macron in his Belfort speech in February 2022.

He will also have to straighten out the group's finances, penalized this year by the tariff shield protecting its customers. Also in his sights, this former close friend of Thierry Breton wants a "profound" reform of the rules of the European market, and the decoupling of electricity prices from those of gas which have soared with the war in Ukraine.

Internally, it will have to deal with mistrust, in particular from the CGT which fears a dismantling of the company, renationalized with a record debt approaching 60 billion euros and which will need public subsidies to build the new EPRs.

The CGT fears the separation between nuclear historical activity and renewables.

She is also ready to fight against the project to abolish the special pension scheme which recognizes the hardship and makes it possible to anticipate retirement at 57.5 years.