The Nasdaq rises 2.5% due to the Fed's plans to curb inflation

Amazon has led some advances among the large technology companies that have helped the Nasdaq to recover 11,000 points. 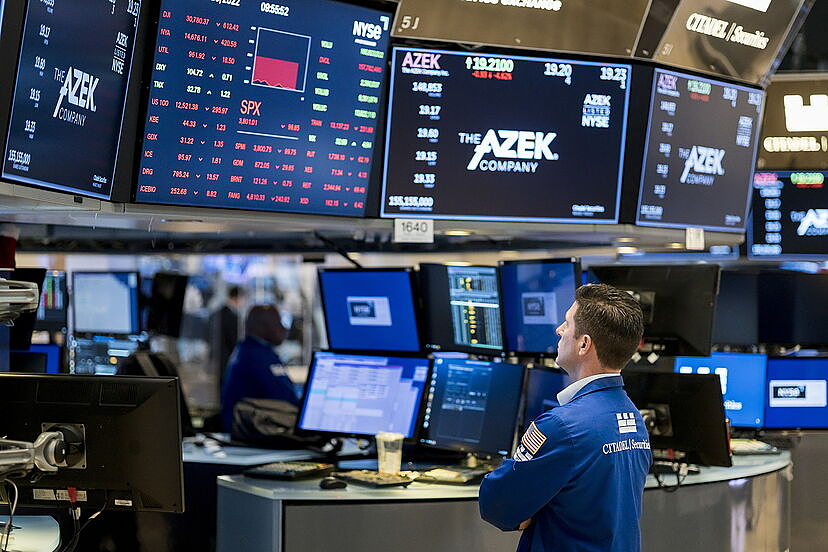 Amazon has led some advances among the large technology companies that have helped the Nasdaq to recover 11,000 points.

Wall Street awaited with great anticipation the decision that the Federal Reserve would take today to combat inflation, as well as the messages that the president of the institution, Jerome Powell, would give about the central bank's strategy for the coming months.

As expected by the market, the rise in the price of money has been 75 basis points, the largest increase since 1994. But in his speech to the press, Powell has warned that in the month of July there could be another rise in rates with the same characteristics, which has been interpreted by investors as a clear sign that the central bank will follow an aggressive strategy to contain the rise in prices.

"The move from 50 basis points to 75 basis points reflects a stark reality, but it also reflects the Fed's determination to underscore its commitment to its mandate to maintain price stability," said Quincy Krosby, chief equity strategist at LPL Financial.

However, focusing all attention on the US central bank's roadmap may be a mistake. "While all eyes will be on the Fed, we expect the next phase of the current bear market to be driven by rising recession risks and a downward earnings cycle," said Chris Senyek of Wolfe Research. .

After a few minutes of indecision among investors, Powell's words have revitalized purchases on the New York floor. Especially in the Nasdaq, which has posted a rise of 2.5% that will serve to recover the 11,000 points. The big technology companies have contributed to this escalation, with Amazon as the most outstanding value, shooting up 5.24%. Meta has scored 3.43%, while Microsoft and Alphabet have risen 2.97% and 2.86%, respectively. Apple has gained 2%.