The US indices seek to end their losing streak in recent months, which in the case of the Dow has led it to chain eight weeks down, its worst balance since 1923. 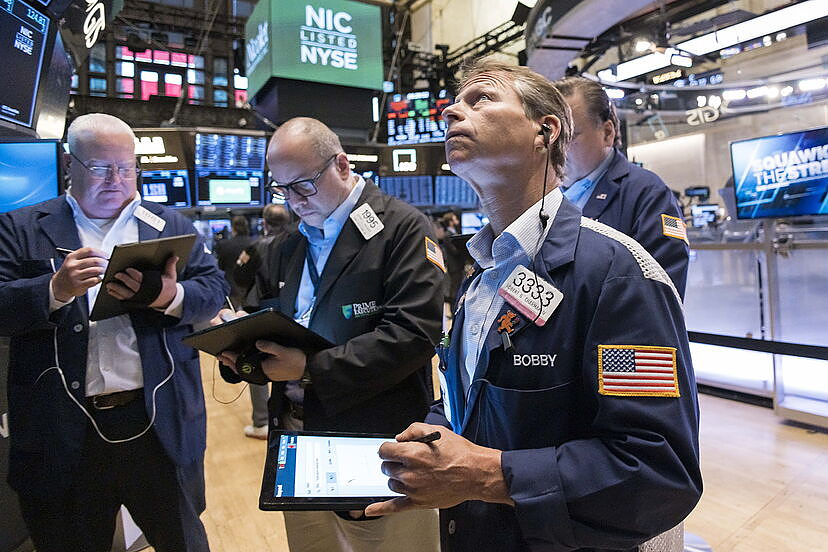 The US indices seek to end their losing streak in recent months, which in the case of the Dow has led it to chain eight weeks down, its worst balance since 1923.

Optimism appears to be back on Wall Street. The main US indices give continuity to the increases experienced yesterday in the final stretch of the session, when the minutes of the last meeting of the Federal Reserve were published. The institution chaired by Jerome Powell points to two consecutive rises in interest rates of 50 basis points in its meetings in June and July, something that has cleared the doubts that investors had about the Fed's roadmap.

The Nasdaq, which rose 1.5% yesterday, once again leads the rises on the New York floor. The indicator gains just over 2% and exceeds 11,600 points. Among the big technology companies, Amazon and Meta, the two values ​​with the worst annual balance, lead the advances with increases of 4% and 2.5%, respectively. For their part, Apple, Amazon and Alphabet recorded increases of more than 1%.

For its part, the Dow Jones is on the way to what would be its fifth consecutive positive session, since the selective reconquered 32,600 points by gaining 1.5%. This good run puts the index in a good position to put an end to the eight consecutive weeks that it accumulates with falls, something unheard of since 1923. Boeing, Nike and Home Depot are the best values ​​of the day in an indicator in which only Merck is listed in Red numbers.

In the oil market, the West Texas barrel, a reference in the US, rebounds strongly and recovers 114 dollars after the United States Energy Information Administration announced a reduction in oil inventories last week. . The yearly ounce of gold falls again to 1,840 dollars, while the return on the 10-year US bond amounts to 2.78%.