The most unattractive face of solar panels

Renewable energies took off in the wake of the terrible economic crisis caused by the covid-19 pandemic. 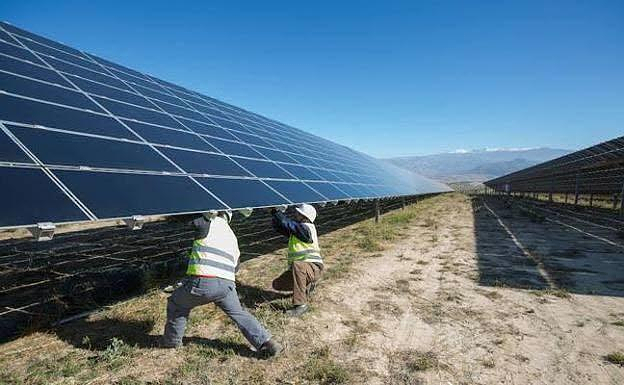 Renewable energies took off in the wake of the terrible economic crisis caused by the covid-19 pandemic. According to the International Renewable Energy Agency's (Irena) April report, this is evident in the 2020 figures.

The 50% increase in green sources in the last year was a clear sign of an upward trend in these types of electricity production facilities, which are not subject to greenhouse gas emissions. The expansion of wind power was doubled in 2020, but solar power saw the greatest growth.

This is almost at the same level of wind capacity thanks to China, which added 49 GW last year, more that a third (36%) of China's new renewable contribution to this system. Asia added 78 GW, and half the new green production in America came from solar (15GW of a total 29 GW). The International Energy Agency (IEA) predicts that the capacity of renewable energy sources will increase by 50% over the next five-years, with a strong emphasis on solar sources.

According to the main sector body, the expansion will be caused by the installation of solar photovoltaic cells. This is in addition to the construction of wind farm. This is great news for clean energy promotion, but there's still a problem: the pollution caused by the unusable panels.

Eight million tons of waste will only be generated by equipment that has a nine-year useful life. According to a study published by Nature Energy, this number will increase by 10 over the course of the century and will represent more than 10% global electronic waste.

The photovoltaic industry uses important and valuable materials such as silver, as well as other components such as silicon, which are more difficult to obtain and produce. They are also enriched with lead and cadmium, which are very harmful components.

In order to keep the cost of installing these solar panels from going up, cheaper alternatives have been developed. New materials, such as the lead halide perovskites are also being developed, but they are unstable, and contain lead which is one of the most harmful elements. Even though the end of their useful lives is a concern, the extraction, manufacturing, and transportation of the components involved in photovoltaic panels is also a concern.

According to Recyclia (the managing body of the major national environmental foundations), more than 88% are possible to recover from a photovoltaic panels. This was in collaboration with Recyberica Ambiental. Since February 2015, Spanish manufacturers and importers have been required to finance and organize collection and recycling of photovoltaic panel materials at the end their useful lives.

Current technology allows for the recovery of approximately 750 kilos glass and other silicon-related materials per ton of photovoltaic panel. This is despite the panels having an average weight of 35 kilos. According to this, the Photovoltaic Systems Program of the International Renewable Energy Agency (IRENA) estimates that these solar panels could generate nearly 80 million tons of waste by 2050. .

Other parts of a solar panel include the terminal box, diodes and circuitry elements. Glass and aluminum are the best materials. You could say that solar panels can be recycled almost entirely, but not completely. Tin, silver, and silicone cannot be reused.

‹ ›
Keywords:
CaraDeseadaPanelesSolares
Your comment has been forwarded to the administrator for approval.×
Warning! Will constitute a criminal offense, illegal, threatening, offensive, insulting and swearing, derogatory, defamatory, vulgar, pornographic, indecent, personality rights, damaging or similar nature in the nature of all kinds of financial content, legal, criminal and administrative responsibility for the content of the sender member / members are belong.
Related News