The minimal admission of the Bonaventure Ndikung

It's a bit like a fencing duel, complete with prances, lunges, and skillful counterattacks. 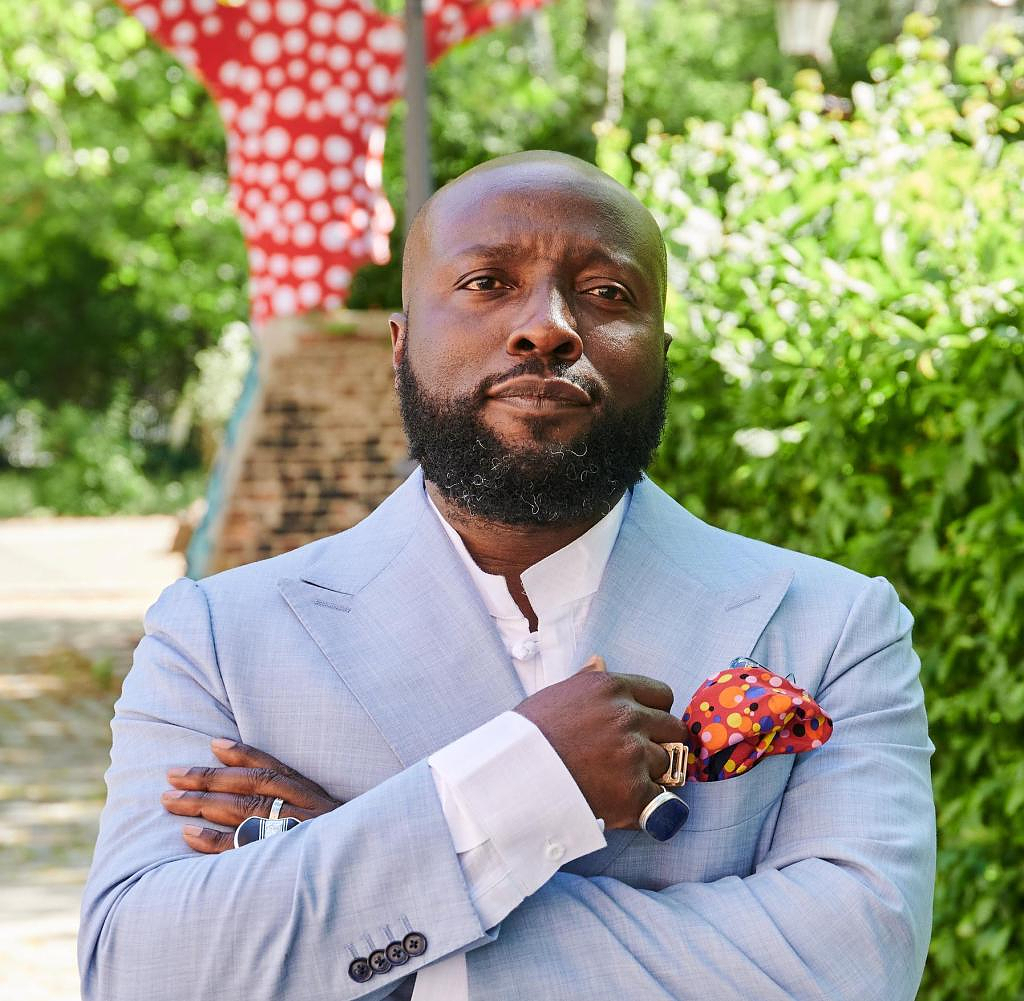 It's a bit like a fencing duel, complete with prances, lunges, and skillful counterattacks. For its current issue, the “Jüdische Allgemeine” interviewed the designated director of the House of World Cultures, Bonavanture Ndikung. Born in Cameroon in 1977, Ndikung has lived in Berlin since the 1990s and founded the art space Savvy Contemporary there in 2009. In January he is to take over one of Berlin's most important cultural institutions, the House of World Cultures.

However, the conversation was not about saving energy or Ndigkung's specific plans for the house financed by the Chancellor and the Foreign Office, but about anti-Semitism and the BDS boycott movement, which wants to isolate Israel - economically, politically and culturally. It's the topic that almost blew up at Documenta 15 – and one that Ndikung has also been pondering for years. Critics accused him of one-sided positioning towards the Jewish state. In 2014, Ndikung wrote on Facebook in response to the Gaza conflict: “They will pay millions for every drop of blood in GAZA! Palestine shall be free… rain or shine!”

Private Facebook posts are now the digital equivalent of regular table gossip, you don't have to hold grudges against people for years. In an interview with the Jüdische Allgemeine, Ndikung distanced himself from this statement. But the central question is different: Where will the House of World Cultures be from 2023 when it takes over?

Ndikgung had signed the open letter of the "Initiative GG 5.3 Cosmopolitanism", an association of publicly appointed directors who felt that the federal government's rejection of BDS went too far and who saw the openness of their programs at risk. In the Jüdische Allgemeine he stated that he was not one of the initiators of the appeal written in 2020, but he still supports the initiative.

In general, the differentiations have meanwhile become so fine that one would have to take an advanced course on "Language regulations of cultural managers in matters of BDS" in order to understand the position of the curator. Bonaventure Ndikung is against the boycott of Israel, but also against a boycott by the boycotters. He says he is not committed to BDS, but signs letters that in turn campaign against the exclusion of BDS supporters. His conclusion then sounds like this: "I signed a letter that campaigns for institutions in which free debates are held, on the basis of the Basic Law, on the basis of human dignity".

According to the interviewer in the most important periodical of German Jewry, BDS "according to almost all anti-Semitism experts" can be called "anti-Semitic". The Bundestag also clearly stated in 2019: "The argumentation patterns and methods of the BDS movement are anti-Semitic". How can one, the newspaper asks the curator, legitimize a position that explicitly spreads hatred of Jews? Ndikung's answer is classic whataboutism: "Anti-Semitism is a problem for society as a whole". He mentions right-wing extremism and racism. Serious dangers, yes, but does that make BDS less of a problem?

A more or less subtle reversal of guilt is added to the relativization. Ndikung emphasizes that the Bundestag's resolution against BDS in 2019 is a "political recommendation for action." What worries him is if it is used as a basis for exclusion." Excluding anti-Semitic movements would then be an inadmissible form of discrimination, hatred of Israel would not be with tax money to support a form of censorship. These are also arguments that the Indonesian documenta curator collective Ruangrupa used to defend themselves against their critics, and ultimately also against the independently appointed commission of experts that was supposed to work through the debacle. While BDS is wrong for Ndikung to clearly differentiate itself from BDS, it is apparently just as wrong. It's like trying to nail the famous jelly to the wall.

What sounds complicated is actually quite simple. Behind the fine nuances lies the conviction, shared by many other culture business professionals, that committed Israel boycotters, be they philosophers, filmmakers, artists, curators or academic staff, can be invited en masse to public institutions without there being anything in terms of content in dealing with Israel change. Defenders of Documenta 15 have also long said that one can fill the team with BDS sympathizers and still guarantee that the show is not closed to Israeli artists, researchers, authors and curators.

We have seen that this does not work. Institutions are made up of people, not buildings and budgets. The presence of anti-Semitic discourses (Israel as a demon, as a colonial power, as a bloodthirsty oppressor and child murderer), made possible by the appropriately staffed teams, made it possible for clearly anti-Semitic artworks to appear at Documenta 15.

A similar effect also occurred at the Sonsbeek Biennale in Arnhem, Netherlands, which Bonaventure Ndikung curated in 2021. Otherwise, this Biennale would not have "fully" proclaimed its solidarity with widespread calls for a boycott of Israel, and with a statement that even dismisses the word "conflict" as "supposedly objective and neutral terminology" and prefers to speak of "practices of the ethnic cleansing”.

In May 2021, Ndikung signed the open letter "Palestine Speaks", which, among other things, calls on the German government to give up its support for Israel. That is the positioning of one of the soon to be most powerful players in cultural Berlin. Nothing has changed in his attitude towards Israel. Ndikung grants only the bare minimum to be able to take up his job in the state institution. It's a tactic that looks familiar from Kassel - and that has failed spectacularly before.

‹ ›
Keywords:
FacebookIsraelPolitikBundestagAntisemitismusKasselMuseenPalästinaGazaStreifenBDSKamerunBonaventureNeunzigernJüdische AllgemeineSavvy ContemporaryAuswärtigem Amt
Your comment has been forwarded to the administrator for approval.×
Warning! Will constitute a criminal offense, illegal, threatening, offensive, insulting and swearing, derogatory, defamatory, vulgar, pornographic, indecent, personality rights, damaging or similar nature in the nature of all kinds of financial content, legal, criminal and administrative responsibility for the content of the sender member / members are belong.
Related News