The May crosses of Baza will return in force. They will be celebrated for four days

The Baza City Council designed a comprehensive and varied program to ensure that both locals and tourists enjoy Cruces de Mayo to its fullest. 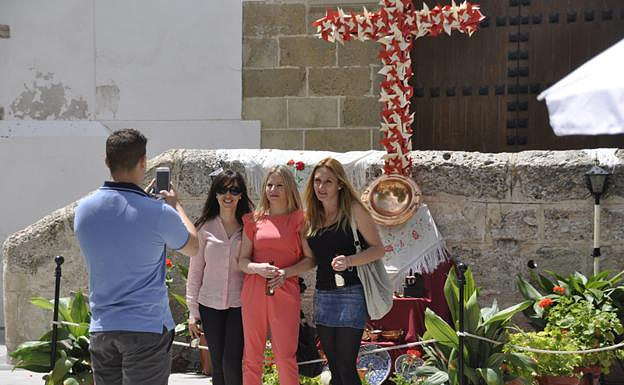 The Baza City Council designed a comprehensive and varied program to ensure that both locals and tourists enjoy Cruces de Mayo to its fullest. Since Tuesday, May 3, an additional Monday local is added, the festivities are extended to Monday local.

From April 30 through May 3, the city will be decorated with thirty Crosses, in different areas of the city. Fans of Sevillanas can enjoy, in addition to the walking through them, the meeting of Lovers of the Sevillanas of the Geopark will take place on Sunday, May 1 at 11.30 am in the Plaza Mayor de Baza. Live music will be provided by the group "Somos del Sur", which is well-known for its participation in the contest "Yo soy del Sur". Maribel Cano (City Councilor for Culture), encourages everyone to wear flamenco costumes to dance at the meeting. This is the first such event.

To promote healthy parties, the Cities Against Drugs program will distribute posters at Las Cruces. A poster was created by the Cities against Drugs program in the Equality and Social Welfare section of the Baza City Council to raise awareness about the dangers of excessive alcohol consumption during festivals like the May Crosses. This material reminds us that alcohol consumption can cause dehydration and that we need to control how much and when we drink it. Healthy crossbreeding is the goal. This poster will be distributed at crossroads with bars. The campaign will also be displayed on digital panels in different areas of the city.

The Mother's Day Concert by the Baza Municipal Band Musical Association, May 2, at 12:30 pm in Plaza Mayor, completes the program. Two new proposals have been added to the Platea program by the City Council: "El hombrepillow", a show at the Dengra Theater scheduled for April 30, at 8:00 p.m., with Belen Cuesta, Ricardo Gomez and Manuela Paso as well as Juan Codina. The children's show "Naufragos", which will be held at the Plaza Mayor on May 3, at 12:30 p.m., is also free.

‹ ›
Keywords:
BazaCrucesMayoRegresanFuerzaCelebraranDias
Your comment has been forwarded to the administrator for approval.×
Warning! Will constitute a criminal offense, illegal, threatening, offensive, insulting and swearing, derogatory, defamatory, vulgar, pornographic, indecent, personality rights, damaging or similar nature in the nature of all kinds of financial content, legal, criminal and administrative responsibility for the content of the sender member / members are belong.
Related News 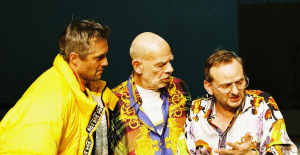 Pollesch's jokes used to be better