The Macael Awards 2021 winners boost optimism in the marble sector

The Macael 2021 Award was presented by the Association of Andalusian Marble Entrepreneurs, organizer of this event. 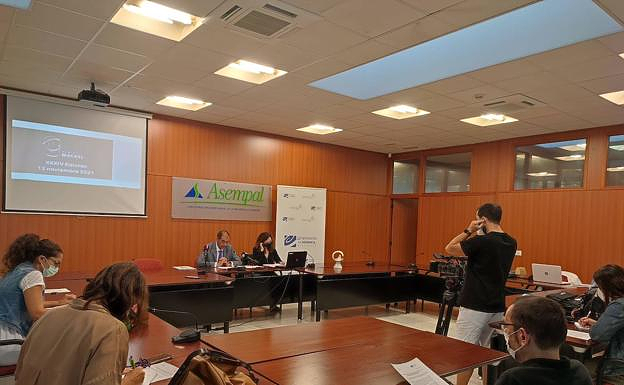 The Macael 2021 Award was presented by the Association of Andalusian Marble Entrepreneurs, organizer of this event. It is a "great injection of optimism" for Macael's marble industry. Jesus Posadas Chinchilla, the president of AEMA, has indicated that this is what he meant. It is true that, despite health restrictions and the economic circumstances caused by the Covid-19 epidemic, the 2020 edition of awards was postponed. However, the manager stated that "both the volume and business participation have not been affected" and that there were 25 applications from eight companies.

The finalist selections, made by the Jury of AEMA members, were also the result of complex deliberation. Due to the increasing number of applications, the scope, quality, and popularity of the projects, there has been an increase in editions. Posadas stated that "Our companies have been recognized both nationally and internationally in the fields of architecture, design, construction and interior design. This is not only due to our know-how but also because of our strong commitment to innovation and the use of technology.

This year's gala will see around 40 prescribers representing the United States, United Kingdom, France, Belgium and Switzerland. This year's gala will see around 40 agents from the United States, France, Germany, Belgium, Switzerland, Saudi Arabia, Kazakhstan, Uzbekistan, and other countries. They will also be participating in a double activity that will take place during the same week. A promotional event for Macael Brand will take place at the Alhambra, Granada. This is the same event that took place at the MET, New York in 2017. Participants will also travel to Macael to participate in a reverse trade mission. They will meet with B2B representatives of those who have joined the Association of Andalusian Marble Entrepreneurs. It is a "great commitment to promotion" in which we have had collaboration with the Andalusian Agency for Foreign Promotion- EXTENDA and Ministry of Tourism, Regeneration and Local Administration. He also expressed his gratitude to the sponsors of Macael Awards: "Without them it wouldn't be possible to celebrate such a great event."

These are the winners of the XXXIV edition:

The Jury gives the Prize to the Institution for fulfilling the commitment to tender the works of the final section. This will allow for the definitive connection between the Almanzora Highway and the Mediterranean Highway (A-334). 7). Its firm and determined support of Dual Vocational Training. Promoting its agreement with companies of the Comarca del Marmol in order to combat the high unemployment rate among young people. The promotion of Macael Brand through eight Macael White Marble sculptures, which were installed in all eight provincial capitals in Andalusia. This was where the Andalusians recognized the valuable work done by all the toilets. Its support of internationalization of the sector through the Extenda Agency which organized and funded the Reverse Commercial Mission, Macael Brand Event at the Alhambra with forty international prescribers.

The Jury gives the Prize for Communication to the INITIATIVE

KINDREE CHESCOE, its design studio KLC KREATIV and KINDREE CHESCOE were awarded the North American International Award modality prize for the residential project they developed in Langley, Canada. The project was also incorporated with McClean Design, a California architecture studio. The house is made mainly with Dekton, and includes Silestone in its kitchen, bathroom, and bar countertops. Dekton covers more than 10,000 square metres in the colors Ventus Portobello, Marquina Fossil, Helena and Korus. It is distributed throughout the interior (cladding, flooring and fireplaces), and exterior (facade, floors and access to vehicles, garage entrance, reception staircases, steps, patios, and garden area). The goal of Dekton's custom colors was to create a seamless design that could be used in large quantities without affecting or saturation. This material breaks down the boundaries between exterior and interior spaces and allows them to flow into the natural environment. This stunning work of minimalist aesthetics has the countertops in its main kitchen in Silestone Ocean Jasper, the bar top in Silestone Ocean Storm, and then the bathrooms in Silestone Iconic White or Corktown.

The Jury awarded the Latin America International Prize to LEGISLATIVE ASSEMBLY of COSTA RICA. This building is a representation of the legislative power of Costa Rica and was built in collaboration with SQ Grupo. Its architect succeeded in expressing the immense power of its walls through an impressive volume. In its Blanc Concrete color, the Dekton-by-Cosentino surface was born in the Macael Marble Region. It is the cladding for the four pillars that support this work. This work was done by the construction company EDICA and Franklin Amen, an engineer and Javier Salinas, respectively. Histories, sustainability, and nature all play an important role in the design's architectural and aesthetic concepts. To be truly green, the work was conceived after extensive research and careful selection of materials.

The Asia International Prize is awarded to the VISION Pavillion, which was installed at Expo 2020 in Dubai (United Arab Emirates), a unique work that consists of three galleries that tell the story of Dubai's evolution through the eyes of children and the passions and stories of its residents about the changes over the past 30 years, from the sands of the desert to the highest skyscraper in the globe. Two monumental sculptures are located in the project's two rooms. They are accompanied by their respective flooring and cladding. One is a giant horse torso measuring 6 meters high and 6 metres long. It is made of 41 pieces of gray marble. The total volume of the piece exceeds 37 cubic meters. Every detail of the animal can be seen in this sculpture: mane, nostrils and snout, ears and veins. The large-format flooring and cladding in gray marble complete the room. This accentuates the engraving on one wall of a horse herd galloping free. A third room contains an impressive relief depicting a falcon, with its open wings. It occupies three walls. Large pieces of limestone were used to carve the falcon, some with thicknesses exceeding 30 cm. This space, together with the two other rooms that include limestone flooring and cladding total 790 square metres.

The International Africa Prize was awarded to the STEYN CITY residential complex in Johannesburg, South Africa. It consists of 284 apartments. There are approximately 13.400 square meters of Dekton that have been used in Natura and Kreta (customized), Greta and Glacier colors, as well as Valterra for a variety of purposes. SCAD Architects (Steyn City Architecture) in collaboration

The International Europe Prize was awarded to LOENEN PAVILION by the Jury. This pavilion, designed by KAAN architecture studio, was recently completed in Loenen near Apeldoorn in the Netherlands. It is a memorial building for the Dutch fallen in World War II as well as recent international conflicts. The project's principle was to integrate the construction into the natural environment. This meant that 2,500m2 of Sierra Elvira were used. It has a grayish, smooth surface and minimal grooves, and is reminiscent of the earthy tones and shades of beige. It measures approximately 1.60 x 1.60 metres and is three centimeters thick. This piece complements the work's success due to its unconventional spatial arrangement, abundant natural light, and elegant material choice.

The Jury awarded the National Prize to HOTEL LOPESAN COMONRAS, which is owned by Lopesan Group and located in Meloneras (Las Palmas). More than 7,000 meters of marble, granite, and ultra-compact Dekton have been installed. This renovation project involved the integration of landscaping, local architecture, and adaptation to the surrounding environment. It was carried out in gardens and swimming pools, as well as rooms, common areas, and exteriors. Crema Marfil, Negro Marquina, and Negro Marble

VILLA SADO is a luxurious, impressive private residence measuring more than 5,000m2. It is located in Quinta do Lago (Portugal). It has more than 1,500 meters of various types of natural stones, including travertine and marble, limestone, quartzite and onyx. This allows for a variety of design elements. You can find everything from marble-covered stairs to cladding with a combination grain made of exclusive marl, through shower trays with an original design to countertops in thick kitchens, retro-illuminated oyx bars and textured limestone cladding to cover window rails made out of travertine. Monolithic benches with a unique design are also available.

PRIZE FOR THE WORK AT BLANCO MACAEL

The Jury awarded the Prize for the Work in White Macael marble to the construction of GOVERNMENT PAVILION and PARANINFO, as well as the free SPACES in the extension to the Teatinos Campus at the UNIVERSITY OF MALAGA. This work, which is a reference on the benefits, use and application of White Macael Marble, was executed by the architects Ruben A.A. Alcolea, Jorge Tarrago and Tomas Lanzon. Nearly 16,000 square metres of material from the Macael Quarries were used in flooring, ceilings, ventilation, ceilings, stairs and cladding. In line with the Sustainable Development Goals (SDG) goals, the project sought simple architecture that was expressive and contained. It is reminiscent of elementary architecture but it is elegant and forceful. Through the almost exclusive use one material.

‹ ›
Keywords:
GalardonadosPremiosMacael2021ImpulsanOptimismoSectorMarmol
Your comment has been forwarded to the administrator for approval.×
Warning! Will constitute a criminal offense, illegal, threatening, offensive, insulting and swearing, derogatory, defamatory, vulgar, pornographic, indecent, personality rights, damaging or similar nature in the nature of all kinds of financial content, legal, criminal and administrative responsibility for the content of the sender member / members are belong.
Related News