The largest water lily in the world has been discovered

Water lilies are one of the oldest flowering plants on the planet. 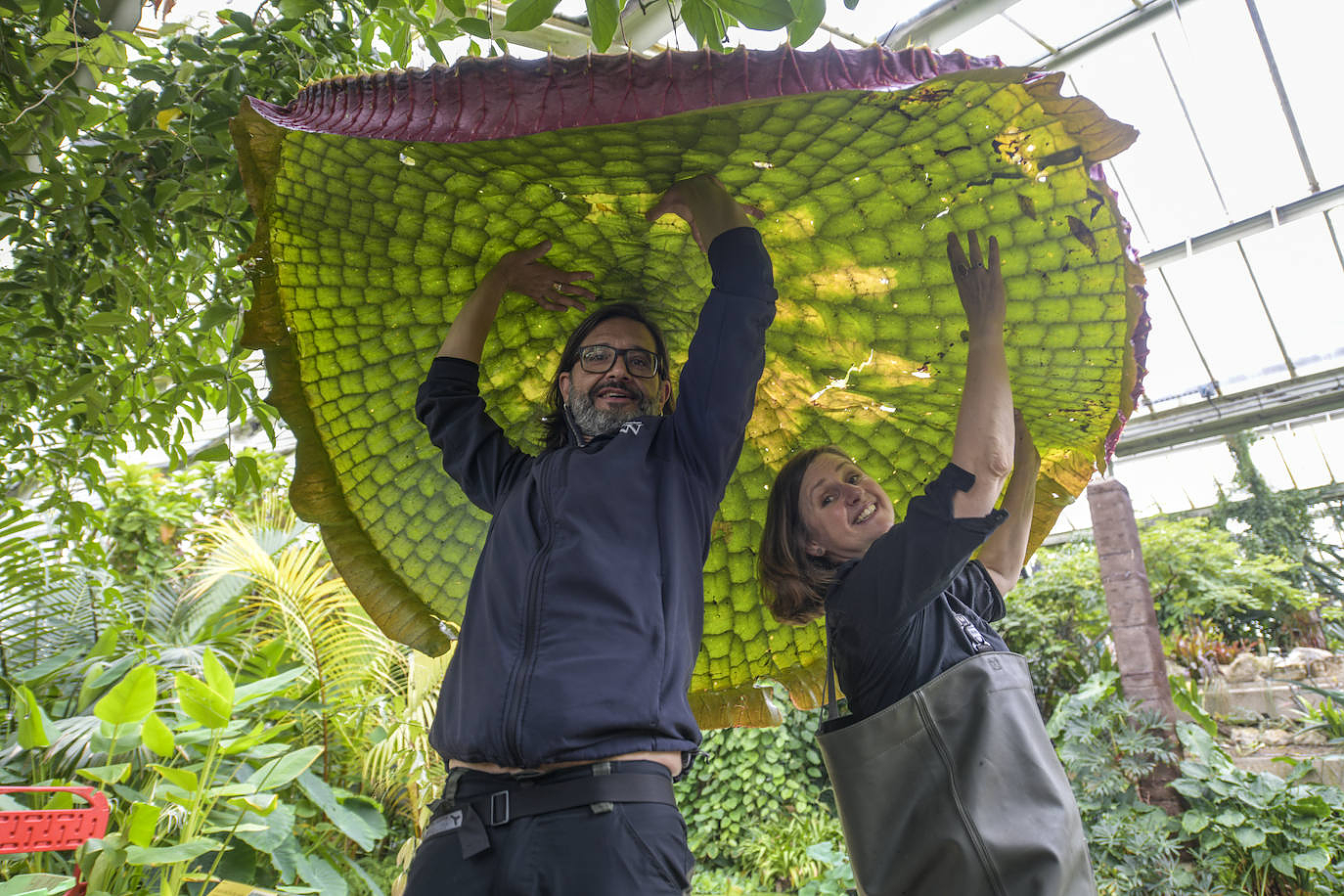 Water lilies are one of the oldest flowering plants on the planet. The genus Victoria is the most well-known, and was named in honour of Queen Victoria of England in 1852. This genus consisted of Victoria amazonica, and Victoria cruziana, two giant water lilies. After years of research, a Frontiers in Plant Science article, written by a team from Kew's Royal Botanic Garden, in England, today confirms the existence Victoria boliviana, a third species. This is the first time a giant waterlily has been discovered in over a century. It is also the largest water lily in the world.

This new species was first discovered by Tadeo Haenke, a naturalist, in 1801, following the Spanish expedition to Malaspina. Some specimens were deposited at Kew for more that 177 years. However, because it has not been scientifically characterized, it has been misunderstood for many years with the Victoria amazonica species. Carlos Magdalena, a Kew scientist and botanical horticulturist, first noticed that something was amiss in 2006. "I was certain that this was a new species from the moment I saw it on the internet in 2006. I knew that it was not a Victorian species. He says that it must have been a third.

Lucy Smith, a Kew team member, was also updating the illustrations for the two Victoria species. When the first Victoria boliviana flower opened, she noticed unique differences that she described in her illustrations.

Natalia Przelomska, and Oscar A. Perez–Escobar, Kew scientists, analysed the DNA of the plant. They found it to be genetically different than the other two. These results indicate that Victoria boliviana is closer to Victoria cruziana and that they diverged around a million years ago.

The article's authors also compiled historical records, horticulture, geography, and other information to compile a database listing the characteristics of each species. They used citizen science -through iNaturalist and messages on social media with tags on Victoria and giant water lilies -, herbarium specimens, and living collections from around the globe to do this.

Left: The Victoria Boliviana waterlily flower at Kew on the day that it bloomed. Right: The same flower the second day after it bloomed. Lucy Smith

Bolivian Victoria has white flowers that later turn pink and spiny petioles. It also has leaves up to three metres wide in the wild. Alex Monro, a Kew taxonomist, systematician, and field botanist said, "Having these new data to the genus Victoria is an incredible accomplishment in botany - correctly identifying and documenting a plant diversity is extremely important because it brings together knowledge of many different disciplines horticulture science and botanical art." The new species was named in honor of two Bolivians, Alex Monro and Llanos De Moxos, an aquatic ecosystem in South America where the water lily is found.

Kew Gardens also has 50 specimens (Nymphaea Thermarum) of the world's smallest water Lily. This species is endangered in the wild, but was saved by Magdalena who discovered how to propagate it in 2009.

‹ ›
Keywords:
DescubrenNenufarGiganteGrandeMundo
Your comment has been forwarded to the administrator for approval.×
Warning! Will constitute a criminal offense, illegal, threatening, offensive, insulting and swearing, derogatory, defamatory, vulgar, pornographic, indecent, personality rights, damaging or similar nature in the nature of all kinds of financial content, legal, criminal and administrative responsibility for the content of the sender member / members are belong.
Related News