The investigation into listeriosis in Seville, 2019 is concluded by the judge

The Investigating Court number 10 in Seville is currently investigating the outbreak in listeriosis in the summer 2019. 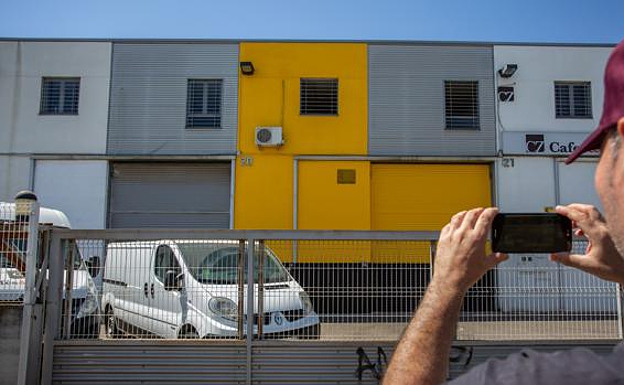 The Investigating Court number 10 in Seville is currently investigating the outbreak in listeriosis in the summer 2019. It is linked to Magrudis S.L. and has issued an order in accordance with which it agrees that the proceedings for the abbreviated process against seven persons will continue while four others have been filed.

Jose Antonio M.P. is the de facto administrator for Magrudis S.L. His wife Encarnacion R.J. is responsible for production and the start-up the company's self control system. His sons Sandro Jose M.R., the sole administrator of the aforementioned firm, and Mario M.R. are sole administrators of Elaborados Carnicos Mario S.L. Sergio L.G. is a technical architect. David M.M. is an economist and financial advisor at Magrudis. Maria Jose OB is a municipal veterinarian inspector.

The judge has notified the parties to the proceeding today with an order. He agrees to continue proceedings against five of the people being investigated: Sandro Jose M.R. Jose Antonio M.P. Mario M.R. Encarnacion R.J., Maria Jose O.B., Magrudis S.L. and Elaborados Carnicos Mario S.L. For a crime against public safety in ideal competition with six crimes of reckless murder, six crimes of injury of the fetus resulting in abortion, and 244 crimes of serious recklessness, declaring civil responsibility to the City Council of Seville, and to the Company of Seguros AXA S.A.

According to the instructor, the City Council of Seville should respond as civil liability when it comes to considering that "a deficit or abnormal action of public service that must have been provided by" said Consistory. This analysis analyzes the actions taken by the municipal veterinarian who inspected Magrudis facilities. They "scored down some scores, did no product sampling, nor did their surfaces and interior environments get checked, so they did not verify whether installation met the conditions. Despite being required to evaluate all sections of the scoring system, assessing potential risk, trust in management and company's past, it seems that he doesn't do any other inspections, which could lead to his criminal responsibility for the facts.

The judge agrees to file proceedings in respect of four other investigated persons and to transfer the case to Prosecutor’s Office. If necessary, the accused can make the accusations in person so that they may request the opening of the trial within the common time period of ten day. Orally, a written accusation can be made or the case will be dismissed.

The judge states that proceedings were initiated pursuant to a statement by the Civil Guard. This operation was called "Monocy". It investigated a series of illegal activities through which "it would have been put in the commercial food chain of people processed meat with the existence of listeria monocytogenes (concentrations that would make it unsuitable to human consumption" due "malpractices in the handling and conversion of meat products". This led to the issuing of a health alert at both a European and national level by the Ministry of Public Health and the Ministry of Public Health

The magistrate asserts that this "health alert" focused on the outbreak of Listeria at Magrudis' facilities. He recalls an expert report in the proceedings, which highlighted the fact that Magrudis "bad practices" and "lack of consideration for the minimum rules regarding food safety were the main and determining factors" of the facts examined.

The judge relied on this expert report to recall that the spread of the epidemic was caused by Magrudis' lack of transparency. They did not communicate from the beginning the types of products used, their distribution methods, and the batches (complete and transparent traceability).

The judge ruled that "the product that is harmful to human health was placed on the market." This implies that although the consumers did not anticipate the outcome, they knew about it and that there was a risk that the product could damage their health.

Instructor points out that the costs incurred by the epidemic of listeriosis in the public health - excluding the expenses incurred by the Seville hospitals Virgen Macarena and Virgen Del Rocio - total approximately 800,000.

‹ ›
Keywords:
JuezConcluyeInvestigacionBroteListeriosisSevilla
Your comment has been forwarded to the administrator for approval.×
Warning! Will constitute a criminal offense, illegal, threatening, offensive, insulting and swearing, derogatory, defamatory, vulgar, pornographic, indecent, personality rights, damaging or similar nature in the nature of all kinds of financial content, legal, criminal and administrative responsibility for the content of the sender member / members are belong.
Related News