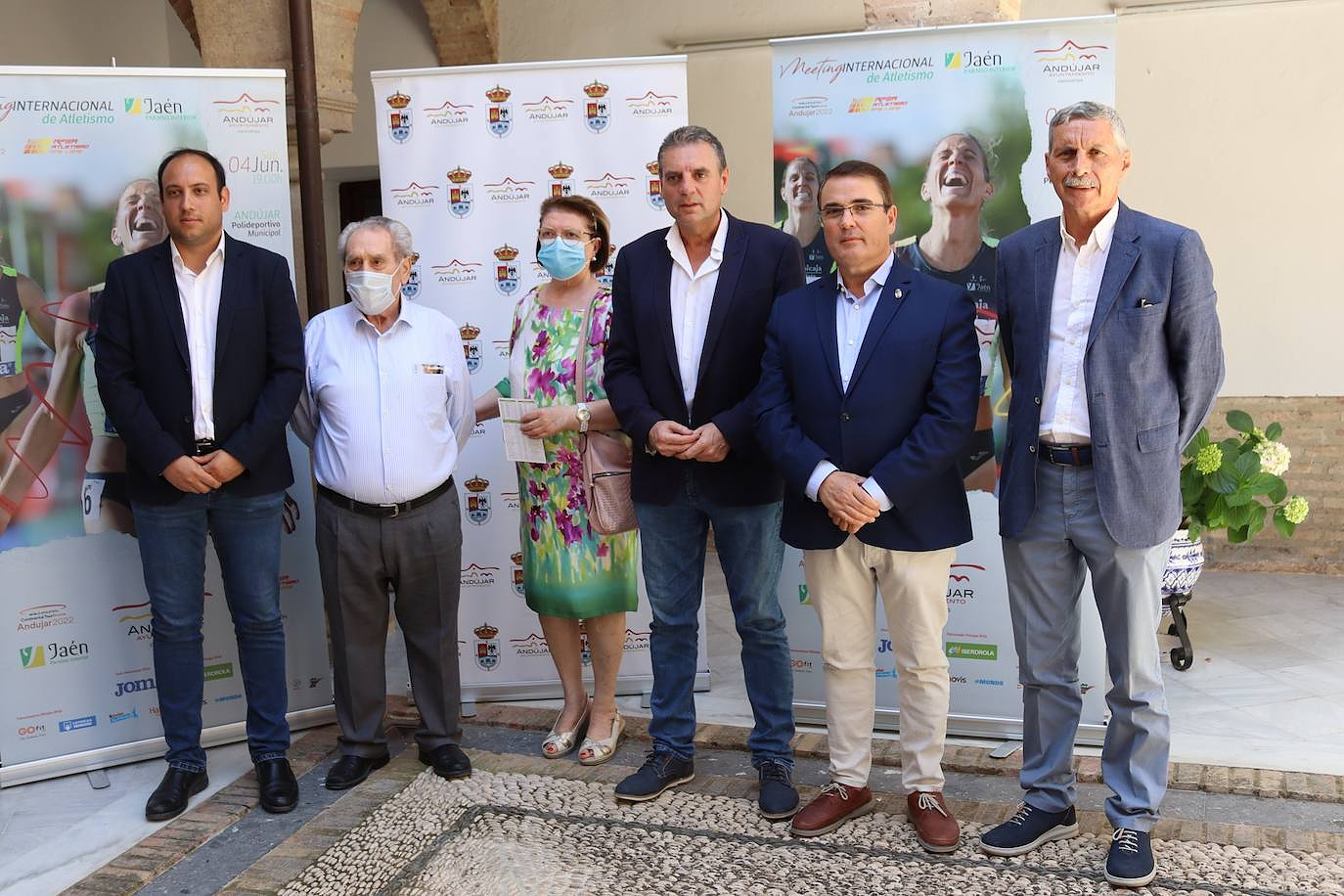 Pedro Luis Rodriguez, the mayor of Andujar; Angel Vera, the provincial Deputy for Sport, and Jose Enrique Lopez (Vice President of the Spanish Athletics Federation) presented the new editions of the International Athletics Meeting "Jaen Paraiso Interi" - Francisco Ramon Higueras Memorial. They will be held next Saturday, June 4, at the New Municipal Stadium.

The parents of Higueras were also present at the Don Gome Children's Palace. Since the 1980s, the city has dedicated this landmark meeting of European and national athletics to them.

This edition will feature more than 130 athletes representing 28 countries. With the participation of Alexis Copello and Fabrice Zango, Jordan Diaz as well as Pablo Torrijos, Andy Echevarria and Nelson Evora in the triple jump, the test will be at its highest level.

Concerning the women's section of the Andujar Meeting, Angela Tenorio and Marta Perez will be present.

A Federation representative explained that, "in addition to the spectacular show these elite athletes will provide, different tests have been set up for lower categories that will encourage participation by young athletes from Andujar or the province."

The provincial deputy argues that the appointment is a great example of cooperation between public administrations, and private entities. This makes it one of the most important events in the country. He said that the brand "Jaen Paraiso Interior" has helped to promote the province and the municipality worldwide.

The councilor said that this event has been a long-standing success and had a significant impact on the lives of athletes around the globe.

Andujar is proud to host this Meeting, which offers many opportunities to promote our city through the athletes and the broadcast on TV, which is seen in over 80 countries., emphasizes Rodriguez.

After the severe pandemic, the XXIV Edition of the International Athletics Meeting Jaen Paraiso Interior - Francisco Ramon Higueras Memorial will again be open to the public.

‹ ›
Keywords:
MeetingInternacionalAtletismoJaenParaisoInteriorMemorialFranciscoRamonHiguerasVolveraContarPresenciaPúblico
Your comment has been forwarded to the administrator for approval.×
Warning! Will constitute a criminal offense, illegal, threatening, offensive, insulting and swearing, derogatory, defamatory, vulgar, pornographic, indecent, personality rights, damaging or similar nature in the nature of all kinds of financial content, legal, criminal and administrative responsibility for the content of the sender member / members are belong.
Related News