The truce persists in the markets, and even the Nasdaq recovers its bullish tone ahead of the publication of the Fed's minutes at the last minute. 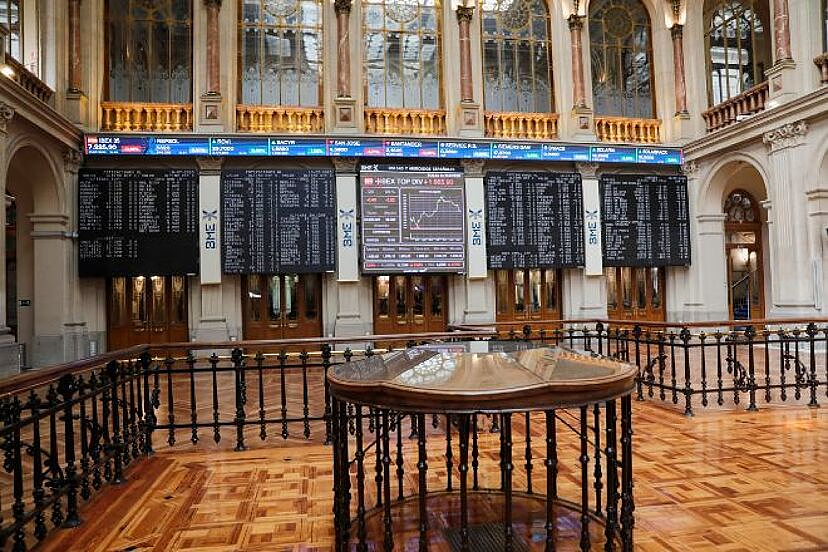 The truce persists in the markets, and even the Nasdaq recovers its bullish tone ahead of the publication of the Fed's minutes at the last minute. The Ibex continues its comeback, and points to 8,700 points.

Investors are seeking a delicate balance between macro and monetary news so that a soft landing for the economy eclipses the threat of recession and, at the same time, the slowdown in growth tempers the very severe adjustment that central banks plan in rates. of interest. The scenario remains uncertain, and the discrepancies between the investment firms themselves continue to be the order of the day. The probabilities of recession that each investor grants completely condition the forecasts on the markets, with variations of up to 20% in the course of the Stock Exchanges depending on whether the recession materializes or not.

In previous weeks, the lockdowns due to Covid in large cities in China aggravated alerts about the downturn in the world economy. The progressive withdrawal of its restrictions and the monetary stimuli launched from Beijing to relaunch the economy have softened fears. On the side of the central banks, investors are still looking for a ceiling both in the aggressiveness of their messages and in the yields on the debt. This last section provides a notable respite in recent days, key to cutting the downward waves of previous weeks.

Investors feint with new debt purchases, with the consequent brake on bond interest. The drop known yesterday in the data for the sale of new homes in the United States deflated the interest on its ten-year bond to a minimum of one month, on the verge of 2.70%. Today it bounces around 2.75%. In Europe, the return on the German bund falls below the 1% barrier, and that of the ten-year Spanish bond cools to 2.10%.

The Nasdaq, one of the most sensitive indices to interest on debt, is recovering from yesterday's punishment, unleashed largely as a result of the profit warning and the 43% collapse suffered by Snap. Wall Street futures are trading higher pending the publication, late in the day, of the minutes of the last meeting of the Federal Reserve.

Europe points to the rise, and the Spanish stock market takes the opportunity to continue its comeback. The Ibex saved 'in extremis' yesterday's session, with final advances of 0.06%, and today it activates the assault at the level of 8,700 points. Today's movements could be more tentative than usual, since the day's main reference, the Fed's minutes, will be released shortly after the European markets close.